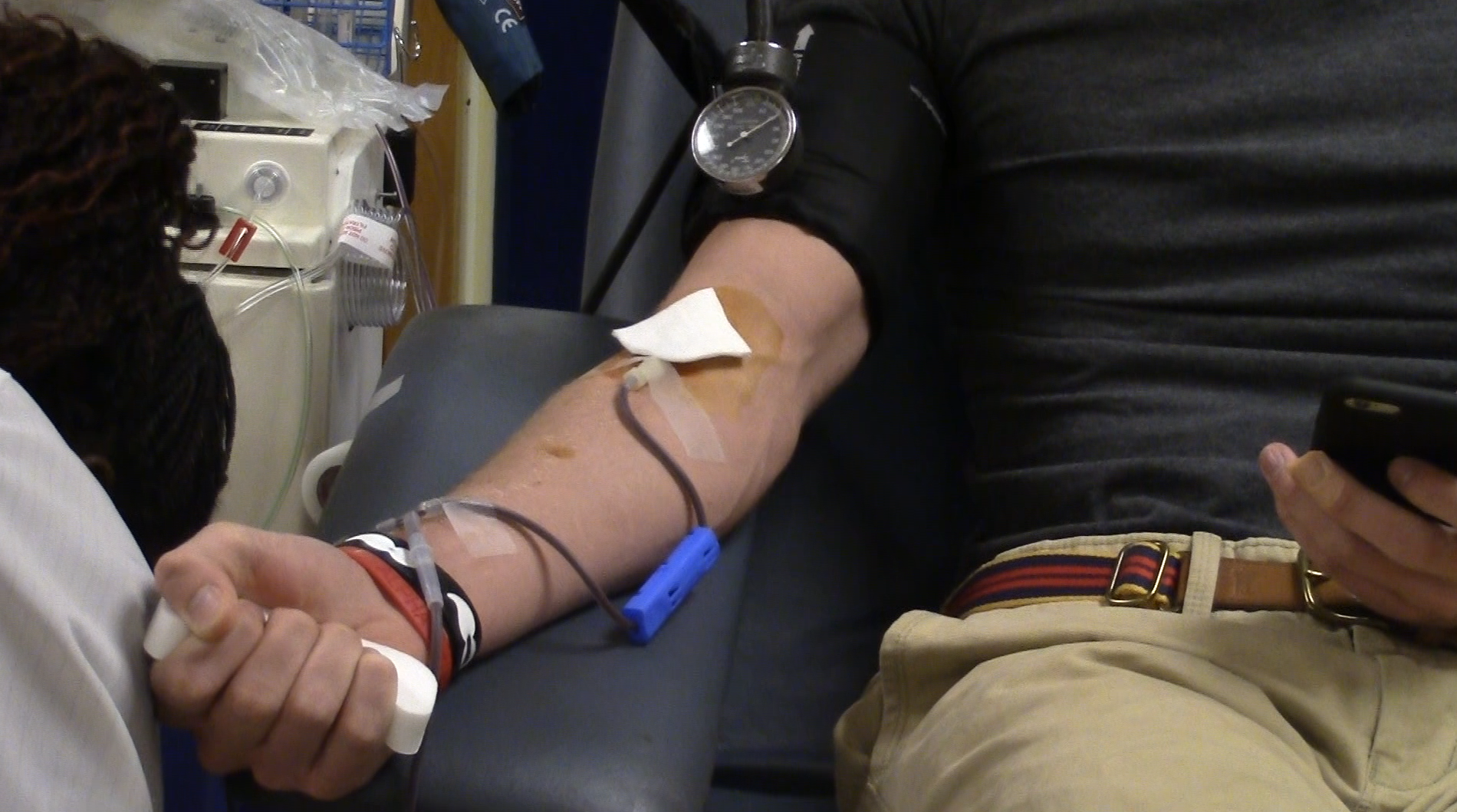 About once every 56 days, the Red Cross comes to Kent to collect blood, and this time around the number of donors was higher than usual. TV2 Reporter Max Fleck has the story on what group of students made the difference.

This Monday and Tuesday the Red Cross visited the Kent State Student Center, and saw a much bigger turnout than usual.

“We’ve definitely had a full schedule” says Yvonne Smith, a volunteer who has spent 15 years with the Red Cross.

The reason why the turnout has been so much bigger is because of the Kent Greek Community, who have come to donate blood to win points for Greek Week.

Greek Week is an event put on by Kent State that showcases different speakers and events in order to help educate those in Greek life as well as build the community between different chapters. In order to create participation for the events, it’s been made into a competition where fraternities and sororities are paired up, and receive points for each event attended. Whoever has the most at the end of the week, wins Greek Week and the bragging rights that go along with it.

This year, donating blood was an event for these points.

Sophomore member of Phi Delta Theta Cliff Glowaki says just about everyone he saw in the crowded room was Greek.

However, some people were there for more than just the points.

Sophomore Zak Covert is a Bio Engineering Major and because of his knowledge on health, he feels it’s his moral duty.

” Just kinda being in the medical field, you start to understand and value what it means to give back, and saving lives.”

When I asked Yvonne Smith how important it is to donate blood, she said you can save up to three lives every time you donate because you’re giving “red blood cells, plasma, and platelets.”

Freshman Adriana Fasano, Hospitality Management Major and member of Delta Gamma said she came because when someone came and spoke to her Communications class, she realized how important it is.

“Why not, I’m healthy so why not help someone else be healthy.”