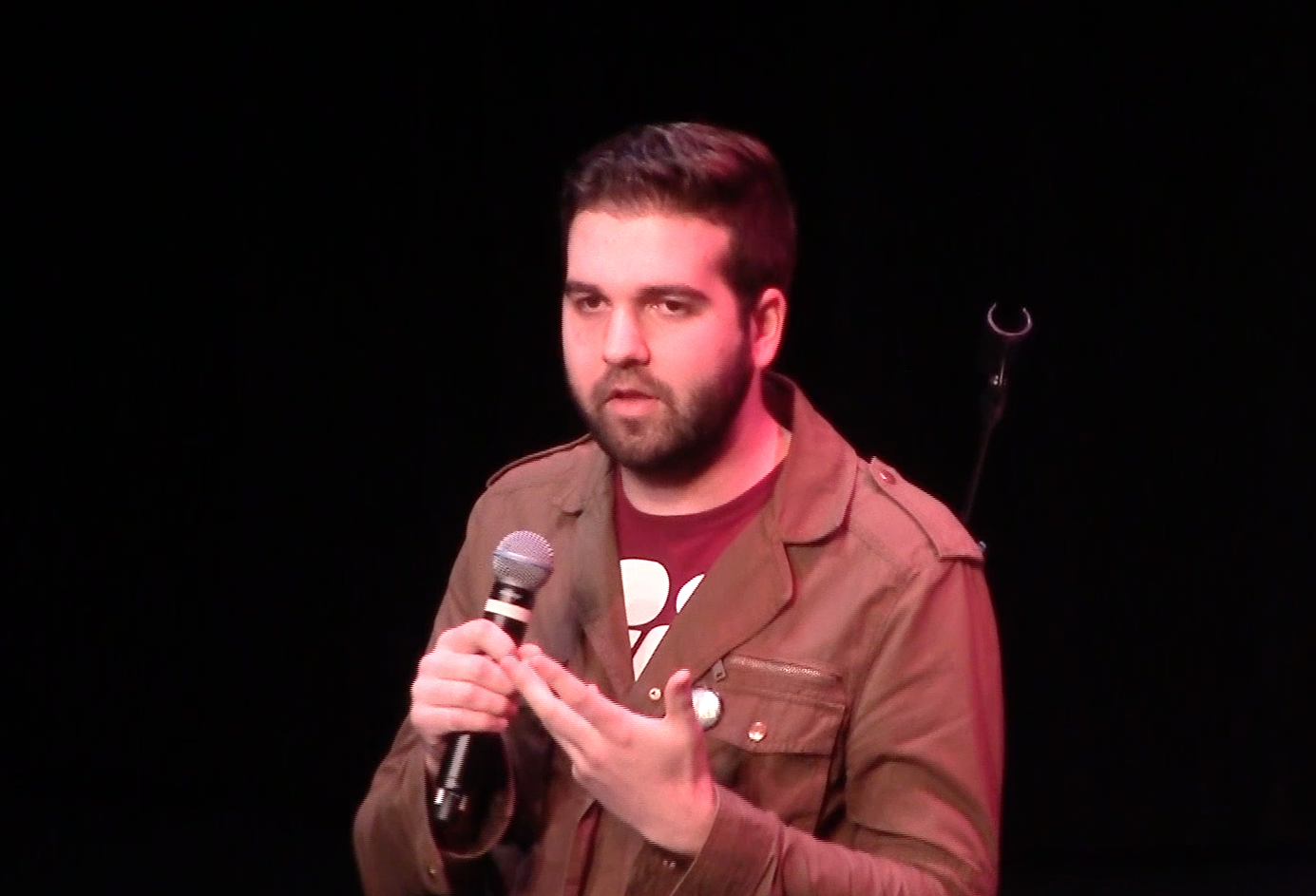 Each spring semester of each year, The Student Theatre Festival is an event hosted by the Kent State school of Theatre and Dance, which runs for 3 days. It gives students a chance to produce and perform their very own work. This year there were three pieces. “Popping Heads off Daisies”, “My Life with A Touch of Magic” and “Abnormal”. All were student written, directed and performed.

“My Life with a Touch Of Magic.” If you looked at the program, you would see this very title and below it, ”Written and Performed by Grant Jackowski”.

A one-man show but, this show was a little different. Compared to the other more serious plays, Grant stood out by performing his very own comedy magic show.

He performed card tricks with an up-close and personal audience members; mind blowing tricks and added some stand up comedy for the first time.

Grants show wasn’t just created for The Student Theatre Festival. He dedicated the show to his father.

Grants father died of cancer just last year. Grants say’s his father was the first person he would go to when he learned a new magic trick. His death inspired him to finish the show and perform it.

It doesn’t stop there. He took his show as an opportunity to raise money for the American Association for Cancer Research. By the end of the weekend Grant raised Two- hundred dollars.

Grant hopes to one day be in Chicago doing his own show and continuing raising money for Cancer research.