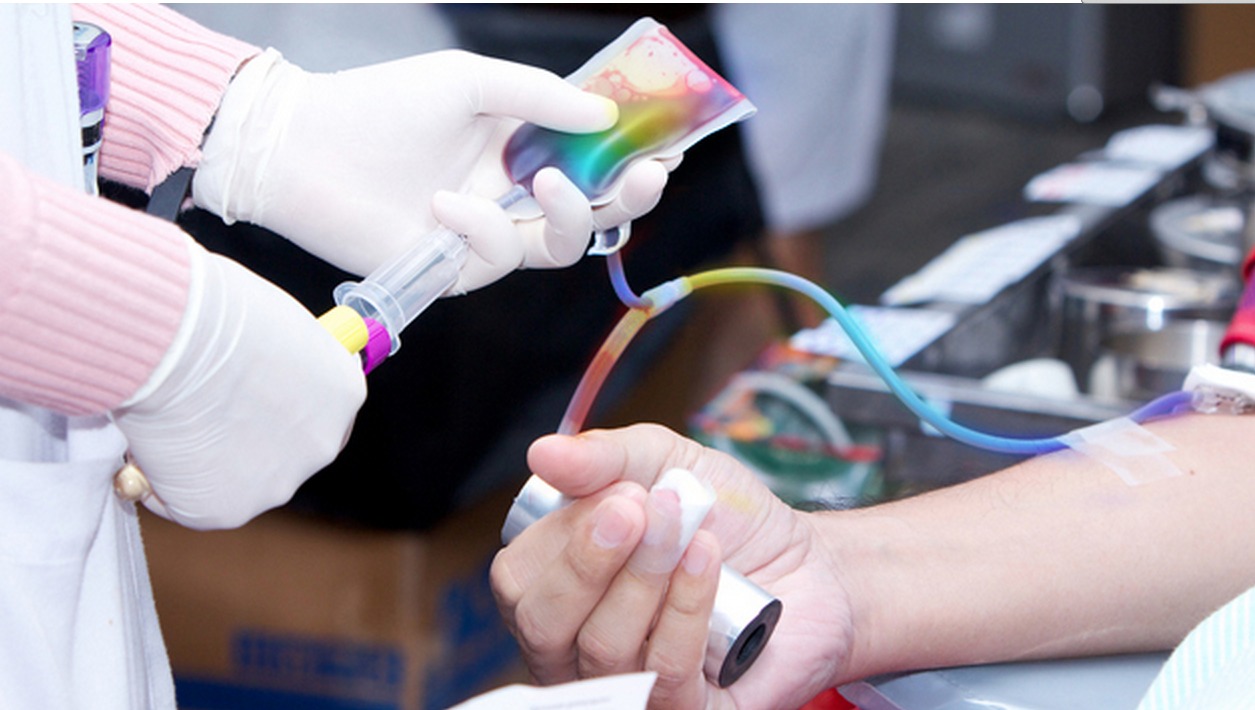 Science or discrimination? A federal board met last week to discuss lifting a ban that would progress healthcare equality for gay men in America.That is, equality, with a catch. Reporter Rachel Godin explains how the FDA’s possible lifting of a 32 year ban comes with a controversial twist.

In recent months activists have gone head to head with the FDA over the controversial lifelong ban that prohibits gay and bisexual men from donating blood if they have had sexual relations with another man since 1977.

The ban was created at the height of the AIDS epidemic in 1981 when the virus’ ravaging impact on the gay community resulted in fear and confusion for the safety of the national blood supply.

But now, 31 years later, activists and some medical groups think the ban is based on antiquated testing, dismisses medical and scientific proof and neglects the national blood supply shortage crisis.

Last Tuesday (December 2) a federal board met to discuss lifting the lifetime ban and replacing it with a deferral policy that would allow gay or bisexual men. But there’s a catch. Under the new policy, one would be able to donate as long as they had remained celibate for one year.

Precise scientific research and updated blood screening technology leads many groups to say the new policy propagates the stigma that gay and bisexual men are by definition, high-risk donors and that all heterosexuals are, by definition, not.

Kenneth Dittleson is the Director of the LGBTQ student center at Kent State University. He spoke to me about the personal impact this has had on him over his lifetime. Dittlveson said that his first introduction to the ban was in high school. At this point in his life he knew he was gay but had not come out yet.

Ironically enough, I was having sex with women at the time knowing I was gay and that wasn’t an issue at all, which I thought was a double standard. I found that insulting as a student then and then at Kent State it was the same thing. It was obvious that [donating] wasn’t a place that I was welcome. For that I feel stigma and discriminated against.

At 41 years old Dittlveson still cannot donate his blood, although he is not HIV positive, is married to his long-time life partner and would not be turned away for any other reason than his sexuality.

“This isn’t any real progress,” Stephens said, “because real progress would mean that the ban would be completely lifted. What this is doing is modifying the ban and it’s essentially saying that gay men aren’t allowed to be themselves for an entire year if they want to donate blood and save lives.”

Dittlveson and Stephens are not alone in their thinking. In reaction to the new one-year deferral policy, David Stacy, Government Affairs Director at Human Rights Campaign, said

“This recommendation — although nominally better than the existing policy — falls far short because it continues to stigmatize gay and bisexual men, preventing them from donating life-saving blood based solely on their sexual orientation. “The current policy, adopted in the earliest days of the HIV/AIDS epidemic, and the new recommendation are both simply wrong and can no longer be justified in light of scientific research and updated blood screening technology. It’s far past time for this stigma to end.”

And as far back as 2006 the American Red Cross, the American Association of Blood Banks and America’s Blood Centers have all called the current ban “medically and scientifically unwarranted.”

The United States is among many countries with progressive LGBTQ rights to consider implementing such a policy.

The FDA has had no official comment on the possible change but agency officials say they have reviewed the policy every few years and said that their priority was the safety of the blood supply. The nation’s Advisory Committee on Blood and Tissue Safety Availability (ACBTSA) concluded that it would be reasonable to implement a policy utilizing a one year period of abstinence from same-sex sexual activity. ACBTSA presented this recommendation to the Blood Products Advisory Committee, who will in turn make recommendations to the Secretary of the U.S. Department of Health and Human Services and the FDA.

After last week’s panel discussion, the FDA chose not to change the 1981 ban.

The rule has remained unchanged, despite vast improvements in our medical knowledge of HIV and AIDS, and our ability to screen blood samples to ensure they’re free of disease.” (Mother Jones Report)

The FDA could change the ban without the recommendation of the Blood Products Advisory Panel, but there is no timeline for considering the decision. The FDA does not have a reputation of rewriting rules against the suggestions of its own board members.