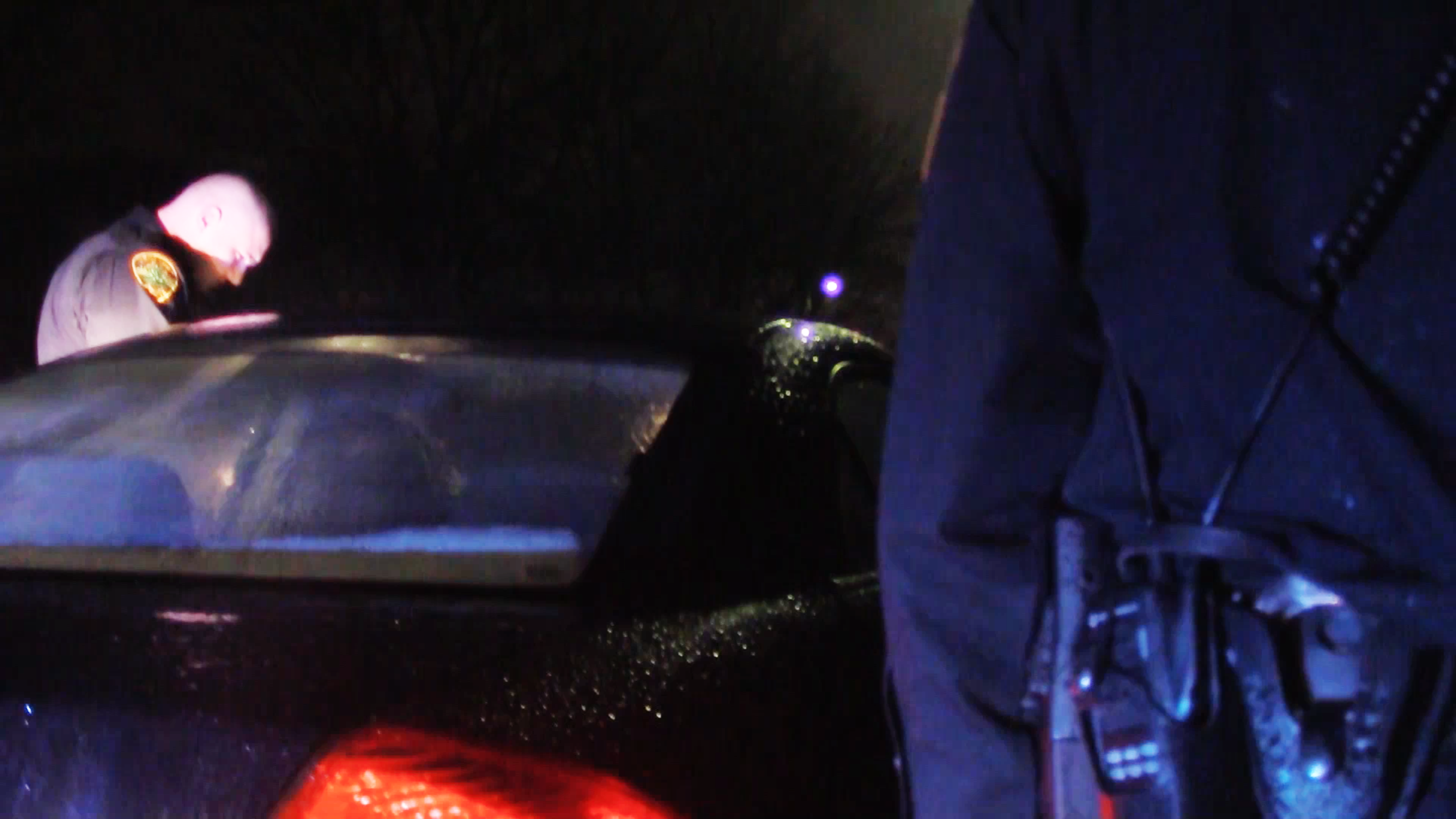 Amid recent protests in not only Ferguson, Missouri and the investigation of excessive force in the Cleveland Police Department, Kent police continue their watch over Kent. But what exactly do the police do on a night shift? Reporter Julie Selby rode along with a Kent police officer and experienced the civil uprising for herself.

Drug busts, arrest warrants and giving sobriety tests are all in a day’s work for Kent police officers.

But what actually does happen during a Friday night shift? Some Kent State students would expect busting on underage drinking and breaking up parties, but after an experience riding in a Kent police cruiser for three hours with an officer, that view could be changed.

I rode along with Officer Joshua Nelson during his night shift in the Silver Meadows area of western Kent. As we kept vigilant over a high-drug area, Officer Nelson spotted a car speed through a stop sign without a turn signal.

As Officer Nelson chased after them, the speedometer read 45mph in a 25mph zone.

Once the car was pulled over, Officer Nelson ran the young man’s license and a marijuana charge came up. Officer Nelson then called in the K9 unit to check the car. K9 Officer Iron immediately sat down once at the car, his sign that he smelled marijuana.

The car was then searched as the young man asked the police for their names, badge numbers and a search warrant. The police were in their legal rights to search the car after having probable cause from the K9 unit. They found marijuana stems and seeds.

The young man continued to talk to the officers.

This is just one example of the recent civil unrest. Ferguson, Missouri is making headlines recently after Ferguson officer Darren Wilson shot and killed unarmed Michael Brown. Wilson was not charged in the killing of Brown causing massive protests in not only Ferguson, but around America.

As reports of racist and corrupt police officers continue to trickle in, what does the police force think of this sudden uprising?

Officer Nelson says people have the right to protest and he plans to continue his job as he normally would.

“I’m going to do my job as I’ve always done it,” he said. “My job is to enforce the laws of the State of Ohio and the Kent city ordinances and that’s what I’m going to do when I come to work.”

The young man was charged with running the stop sign, marijuana and marijuana paraphernalia, a minor misdemeanor.