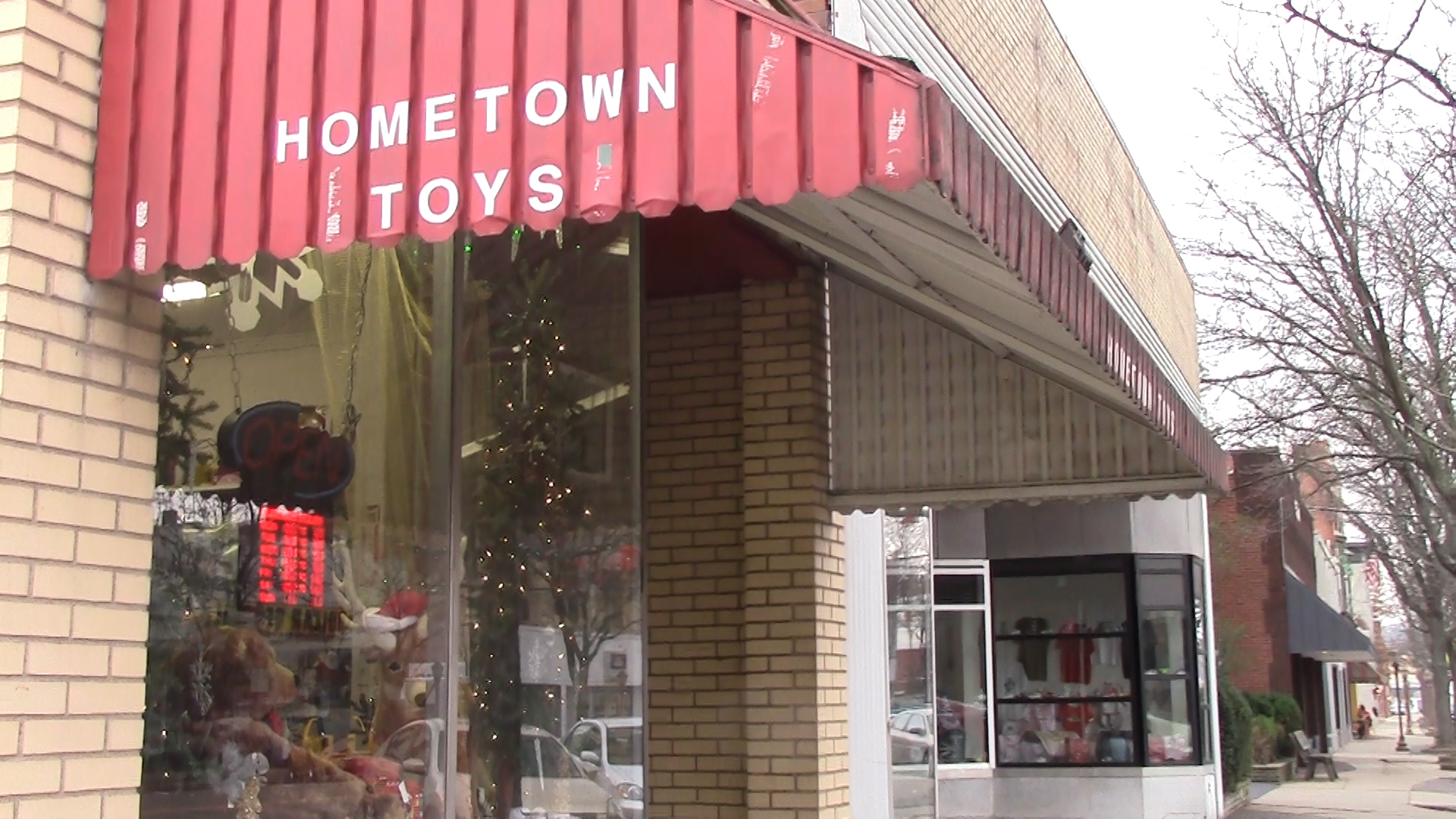 The holidays can only mean one thing for boys and girls: toys, toys, toys. For the last two years, local toy store Hometown Toys has given kids an opportunity to expand their imaginative minds. As TV2’s Jon Huntsman reports, a simple invitation ignited the possibility of a hometown toy store for one Ohio business woman.

With the holidays approaching, parents are searching for that one perfect gift for their child. Most parents buy from big retail toy stores like Toys R Us.

But there is one toy store in Tuscarawas County that has become a popular destination for toy lovers.

Hometown Toys, located on West 3rd Street in Dover, OH, has been in business for two and a half years. And it all started with the help of owner Deb Wilson.

“In April, our one phone call led to a phone call back saying hey this building is available and this is the building that had I originally said I wanted.”

What turned out to be an accidental phone call turned into a return phone call. It was the call that changed their lives forever.

A building was available and that meant that Deb and Adam could pursue their dream of running a toy store enterprise.

In a matter of months, Hometown Toys was born in the city of Dover.

Unlike big retail stores like Toys R’ Us, Hometown Toys is a specialty retail store. In other words, this store carries very cool toys that you would not find anywhere else, some of which are produced and sold in Dover. Right now, some of the best selling toys on the market include a drawing pad called the Boogie Board and a wooden skill toy called the Kendama.

Hometown Toys can be summed up by one motto: “The Destination for Your Imagination.” It’s a place where kids of all young ages are able to let their imaginations wander and really think about the activity.

The store currently has over 4,000 items in its inventory. From action figures to science kits to books, there are plenty of items that cater to kids needs.

Hometown Toys Employee Larissa Carrrick said that she enjoys playing with the kids and seeing the expressions of joy and excitement that the toy store brings to all of the kids faces.

“When they’re really excited, you know, they’ll be walking through the store and they will be like ‘Look at everything!’ and they’re always happy to be here,” Carrick said.

“That puts them in pretty good moods.”

According to Deb, about 75 percent of Hometown Toys’ business sales come during the holiday months of October, November and December. Although business has not been booming as of late, Deb said that she has not lost any money since the toy store opened its doors in June 2012.

As far as the future of Hometown Toys, Deb has made it clear that her business is not going anywhere. She hopes her business will be able to expand in other markets from across the world.

With Christmas only two weeks away, Hometown Toys is a great place to get your holiday shopping done. A small chain community toy store, Hometown Toys is that perfect destination to expand your creative imagination.