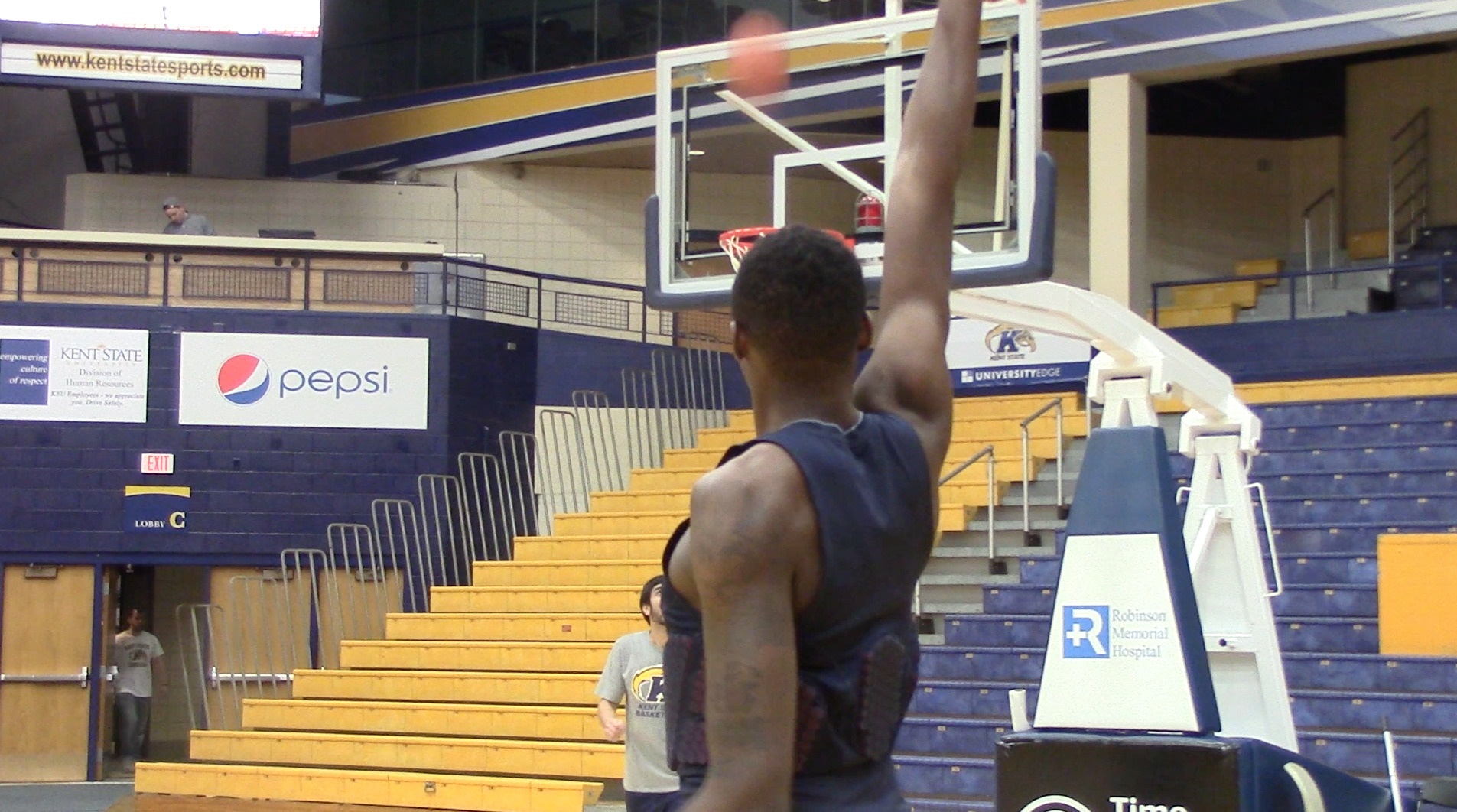 Anchor Intro: It hasn’t taken Jimmy Hall long to earn a name for himself on the court here at Kent. But what you may not know is how he ended up here. TV2 Reporter Max Fleck has the story

The roar of the crowd is something Jimmy Hall has gotten used to in his first year at Kent State. But for the player averaging 15 points a night, his career began at Hofstra, where things quickly went south.

Jimmy Hall: We got caught up in some things that we weren’t supposed to do… stealing, ya know, knucklehead things. And I definitely paid the price for it.

Those knucklehead things being stealing over 10,000 dollars worth of iPads, laptops, and other electronics from unlocked dorm rooms. Leading to his arrest and dismissal from the university, something he now regrets.

Hall: It was just a chance for me to just be a man and grow up, and deal with the consequences.

Stand-up: and after a checkered past, Jimmy Hall was given a second opportunity. And while he may not be in New York anymore, he has a chance to play right here in the MAC.

And in coming to Kent, Hall has had no problem gaining the respect and support of his teammates.

Dev Manley: He’s been a great contribution to the team, and it’s just, it’s made our jobs easier.

Derek Jackson: He’s trying to get back on his feet, coming here to Kent, and he rebounded well, he’s doing real well here.

You can say he’s rebounded well since coming to Kent, leading the team with 7.2 boards a night. And for the Head Coach, Rob Senderoff says he never had a problem letting Hall on the team, a second chance, Hall will take with stride.

Senderoff: Everybody deserves a second chance, and it’s really up to you what you do with that second chance.

Hall: I just wanted to take the most out of this opportunity, and like I said, prove myself because I let a lot of people down and I don’t want that feeling ever again.

Learning from his past Jimmy Hall is now in the position to help lead Kent State to a MAC Championship. For SportsCorner, I’m Max Fleck.