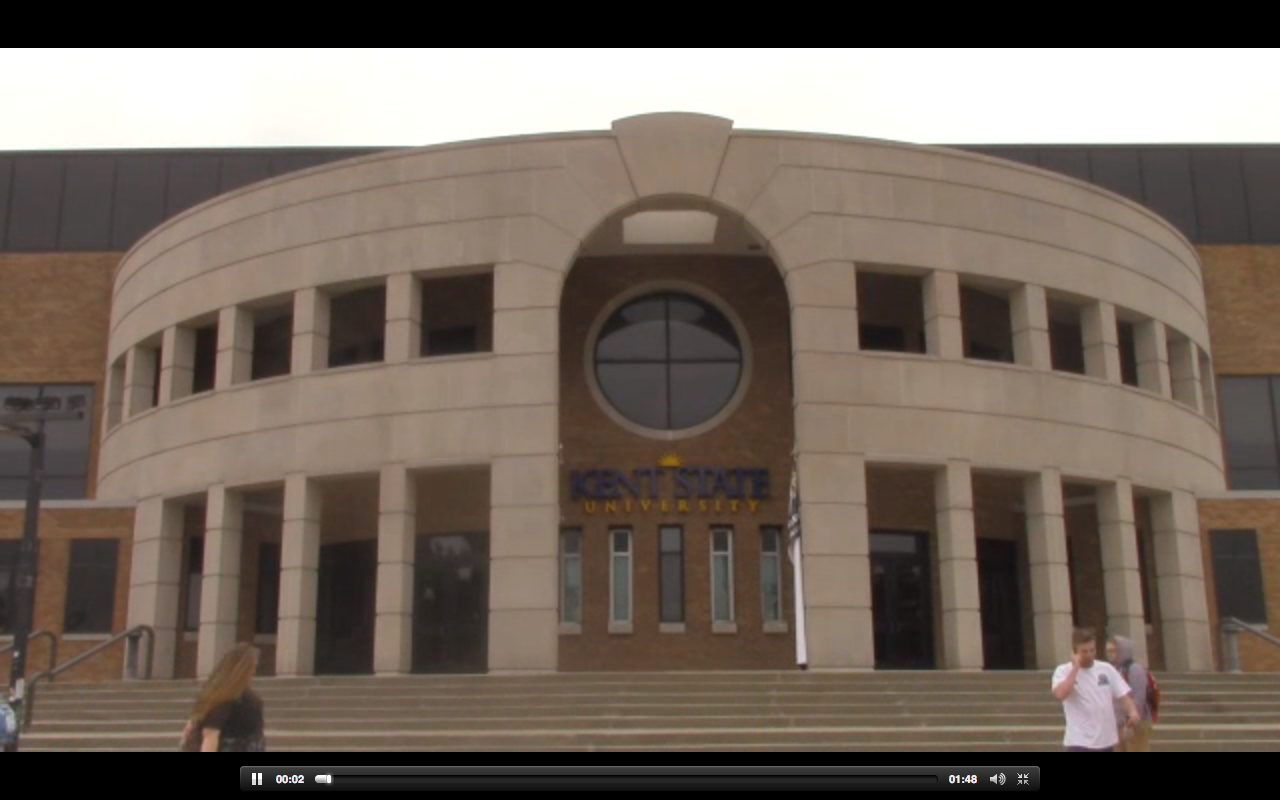 The Memorial Athletic and Convocation Center may be one of the busiest building on Kent State’s campus. Open since 1952, the facility is home to five KSU varsity athletics. Heres Raymond Ross with more about the highly used venue.

The Memorial Athletic and Convocation center sits at the heart of Kent State’s campus and some would say is the heart of KSU athletics. The arena was built in 1952 and can seat 6,327 fans. The MAC was named in memory of Kent State students and alumni who served in World War II.

The multi-purpose facility serves as a home for five of Kent State athletic department and five  varsity sports. The sports calling the MAC home, include men’s and women’s basketball, wrestling, volleyball and gymnastics. In addition to competition space, the MAC has locker rooms for the five sports and serves as their practice facility.

Activity level does not end with athletics at the MAC, the facility hosts various concerts and speakers through out the year. Kent State along with a few local high schools also hold graduation ceremonies inside the MAC.

With all the activity inside the MAC center it seems KSU athletics could use an expanded venue to better suit their athletics. The last renovation to the facility came in 2006, when a new parquet floor and video boards for replay were installed.

Over the past couple years the Kent State athletic landscape has seen buildings constructed and renovations to current facilities. The project behind these additions is the Building Champions Initiative. The initiative is raising $60 million for athletic advancements, $25 million to support athletic academics and $35 million for facilities.

So far the campaign has renovated locker rooms at the field house, upgrades to Dix Stadium and improvements to the Schoonover Baseball Complex with additions of a parking lot and the David and Peggy Edmonds Baseball and Softball Training Facility.

While the MAC center has yet to be impacted by the initiative, improvements are in the plans. Upgrades to the arena include new practice facilities for basketball, wrestling, gymnastics and volleyball. Renderings can be found at http://ksubuildingchampions.com/gallery/.

While no timeline has been announced for when the improvements will begin, Kent State has an obvious need and a plan is in motion.