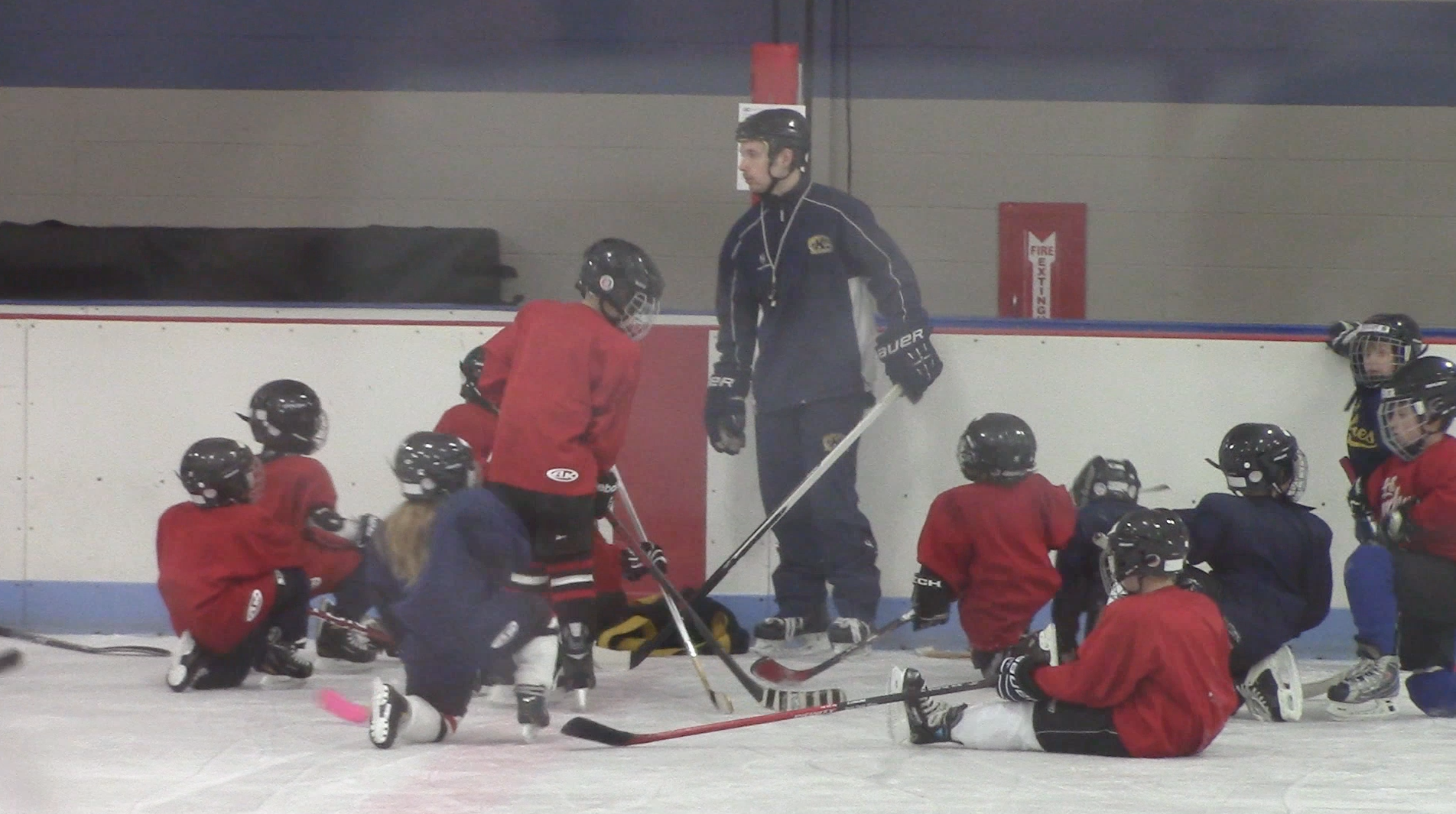 In Kent, Ohio children are discovering a passion for hockey. Michael Lopick tells us how members of Kent State University’s hockey team are working with local kids to start their hockey careers on the right skate.

The firm clink of the ice rink door signals the beginning of another Cyclones hockey practice. The team, made up of players four to nine years of age, calls Kent State University’s Ice Arena its home and members of KSU’s colligate hockey team its coaches.

The Cyclones program, started more than five years ago, aims to give young hockey enthusiasts a way to hone their skating skills, while learning the basics of the game.

Jared Fieldon, a forward for Kent State’s hockey team, explains how the little Cyclones program hopes to instill a love of the game and the necessary skills to play it in its young members.

For many parents, their aspiring hockey stars took interest in the sport by watching older siblings or family friends here at KSU’s ice arena, but stayed for the roughhousing fun and hands-on learning experience.

Ashley Pardo, who has two sons on the team, attributes her children’s interest to their hockey-playing older brother and thinks the Cyclone program is the easiest way for kids to learn the sport.

“My oldest son played hockey for a while, so my little guys here see it and wants to play as well,” she said. “The Cyclones is a great program because they learn the game very quickly and then they learn to skate very quickly. Instead of going through a learn-to-skate process, just getting out there and playing hockey is the best day to learn.”

Even though there may be a few slips and falls along the way, the Cyclones Program strives to continue spreading a love of hockey.