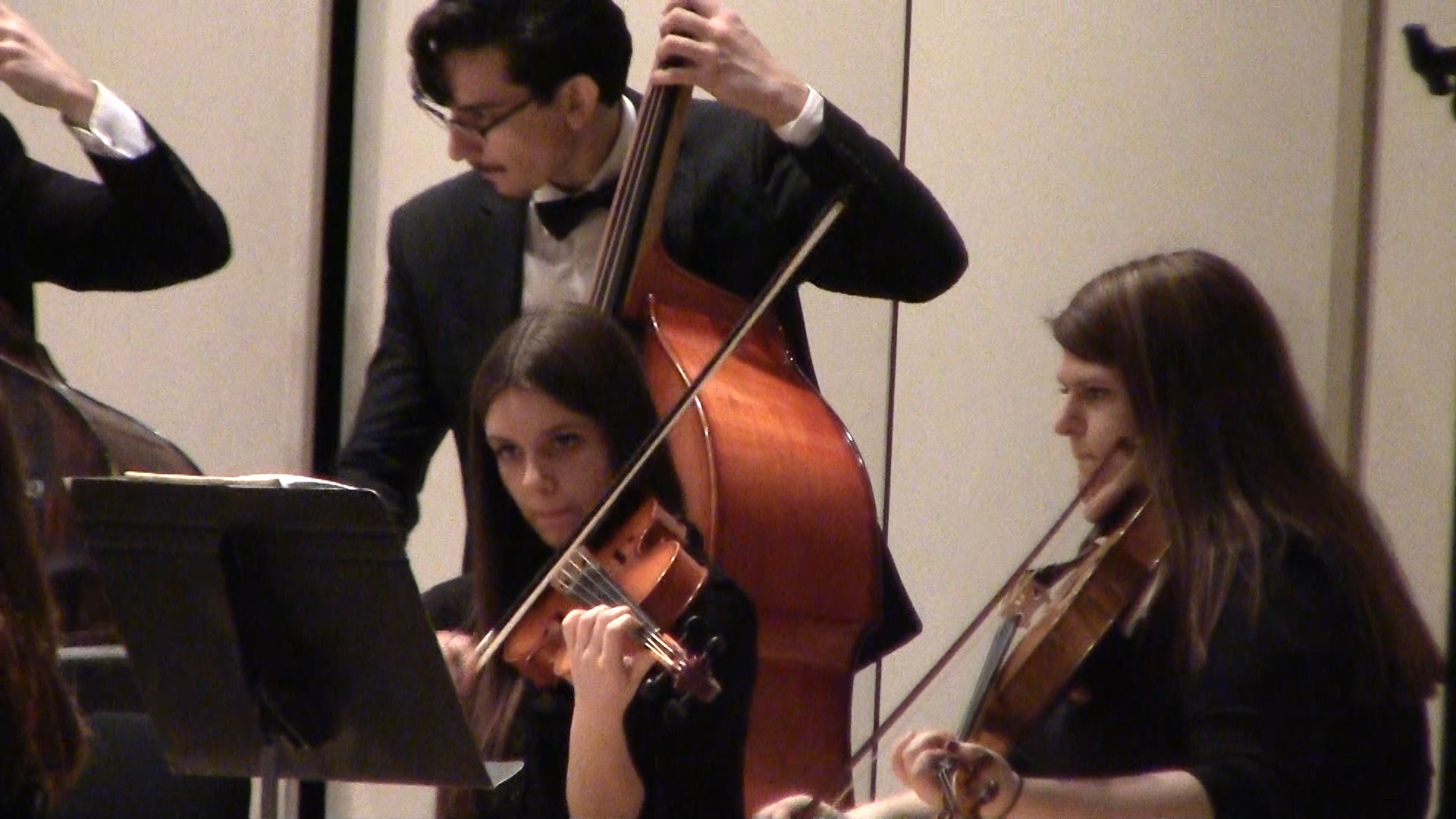 Kent State University takes pride in bringing talent from every corner of the world to this small city. The Kent State Orchestra brought Russian culture to Cartwright Hall over the weekend. TV2’s Lauren Buchanan attended the concert and found out that international music is more than just entertainment.

The Kent State Orchestra likes to open its concert doors to other countries. The orchestra put on a completely Russian performance on Saturday. The concert showcased the work of Poytr Illyich Tchaikovsky, the Russian composer who also wrote “The Nutcracker.”

In the past, the Kent State Orchestra has explored a diverse music selection, including a concert based on composers with notable mustaches.

Music Director Charles Latshaw believes that learning another country’s music is just as valuable for students as opening a textbook.

“That to me is really interesting to work on somebody else’s history and to explore their history and their culture through music.” -Music Director Charles Latshaw

The orchestra finished their concert on a high note, but that does not stop one orchestra member and her mother from having an inseparable bond over a passion for music.

Freshman music education major Kalen Dolesh loves playing culturally rich music for her audience on her viola. She thinks it is great to expose her audience to different types of music that they may have never heard before.

Dolesh’s involvement in the orchestra has made her transition from high school to Kent State much easier. She takes pride in her fellow orchestra members and Director Latshaw.

Her passion for music did not begin in high school band or when she came to Kent State though. Dolesh began playing the viola at the age of five with encouragement and support from her mother, Kathleen.

Kathleen Dolesh is a music therapist who is very proud to share a passion for music with her daughter.

“It’s just been a real pleasure being able to introduce her to the world of music and she has, for her own sake, just blossomed,” Kathleen said after enjoying the concert.

International music brings together nations, talents, and people and THAT is truly excellence in action.