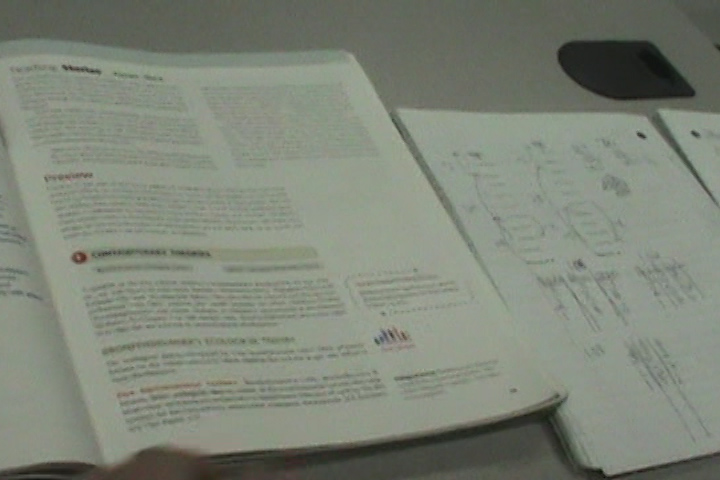 [bbrvideo width=”350″ float=”left” caption=”Students are not only on their own when they go to college, but they have to make their own decisions on whether to go to class for the day or not.”]BBR_05_Clemems_skippingclass_1[/bbrvideo]

You always hear adults complain about how every generation under them is lazy and they just keep getting lazier. Well, they may be correct.

A survey done by the Higher Research Institute at the University of California at Los Angeles asked incoming freshman students how often they skipped classes. The survey showed that 33 percent of students skip their classes.

Is it just laziness? According to student Lennon Hayes when she would skip class it was out of pure laziness.

“I was usually just tired. It was just laziness, to be honest.”

Skipping is a sure way to fail out of a course.

“I’ve failed a course almost every semester due to skipping class,” says Hayes.

Why are students so willing to not go to their classes, knowing the consequences such as failing out? Previous Kent State student Wyatt Grindley thinks it has something to do with the freedom students are given once they go off to college.

“Most kids had their parents at home during high school to wake them up and force them to go to school, but in college you have to decide when your alarm goes off if you’re going to get up or not, mom or dad isn’t there to wake you up and make you go.”

Should professors be doing more to stop students from skipping class, like go out of their way to notify their students that their grades are being affected?

“It’s not the professor’s job to notify you that your grades are dropping because you haven’t been going to class. You’re an adult now and have to make your own choices. I knew the consequences of what I was doing when I skipped class, so does everyone else.” Said Hayes.