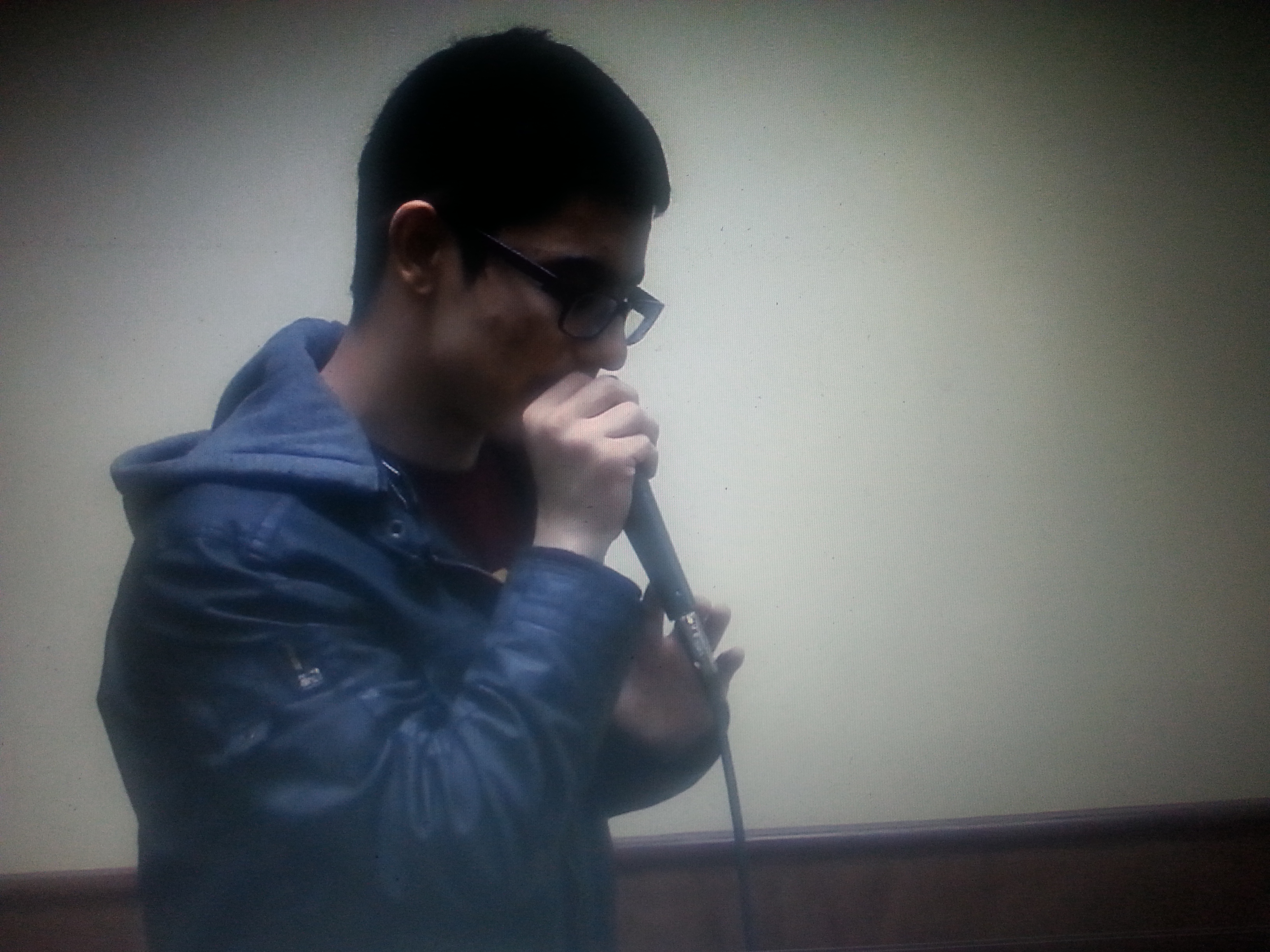 Anchor Intro: Today, playing an instrument may be a thing of the past. One international student at Kent State has created his own, using only his mouth. TV2’s Lauren Stebelton tells the story of how one can follow their beat and reach their dreams.

Kamil Polati is one student who does not want to be mistaken for Justin Bieber.

The international student has a unique ability; beat boxing.

He uses his ability for live looping, a way for musicians to mix different vocal tracks and beats to create their own one man band.

Kamil followed his passion by posting videos on his Youtube channel when he began his freshman year at Kent State. In his hometown of Xinjiang, China, the site is banned.

“I learned from one of my favorite musicians that if a beat boxer wants to get somewhere, you have to start live looping,” says Kamil. “It’s a way to get people serious about my music.”

This isn’t the only chance Kamil gets to show his talent.

He is the beat boxer for Flash Harmony, a collegiate a Capella group on campus.

“My favorite part about beat boxing is that there is no limit for me and that I can create any sound I want,” says Kamil. “If I learned an instrument, there would be restrictions on what sounds good and what doesn’t.”

One of his pieces even talks about his hometown.

“We don’t even look Chinese, so we have many conflicts in that part, so people started using violence to try to solve that problem,” says Kamil. “One of the reasons I love music so much is that I think we can use music and any other art form, such as dancing or acting, to solve problems peacefully.”

What other problems can the beat boxer fix when it comes to singing in an a Capella group?

“He is very important, especially since we do mostly pop songs,” says Flash Harmony President Kayla Ivey. “He is really good at doing sounds of the drums and it’s pretty cool.”

Since founding the group in 2013, she believes having a trained beat boxer gives them a fuller sound.

“Getting someone that already knows how to beat box, he can hear the song and find the parts himself,” says Ivey. “It makes everything sound different, so that we don’t have a lot of songs that sound the same.”