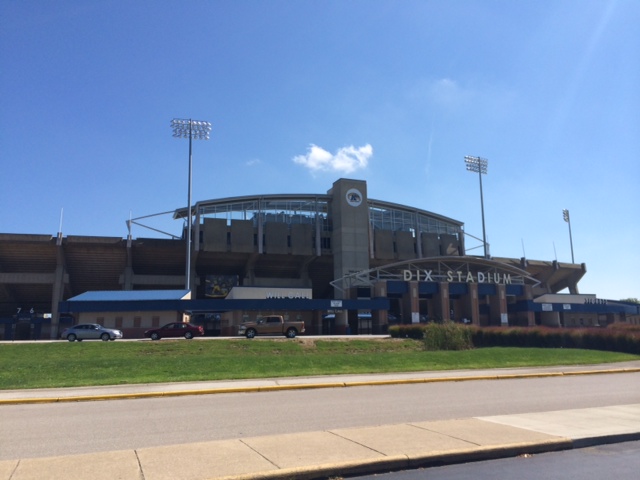 In college athletics, football steers the ship. However, the Kent State football program is at risk of losing their Division I, football bowl subdivision status. Resulting in decreased television revenue for the athletic department and funding for other sports.

Every other year, each NCAA FBS team must average 15,000 paid tickets per home game. “Technically you could…if you don’t meet that number, get knocked down to FCS,” said Aaron Chimenti, Assistant Director of Athletic Communications.

The biggest difference between FBS and FCS football is the television exposure and revenue. On Saturdays, FBS football floods television all day long. While FCS football is limited to a handful of games, that are mainly broadcast over the internet, on ESPN 3.

Through two home games, the Flashes have averaged a little over 19,000 in paid attendance, coming in above their requirements.

The athletic department has planned promotions like Kent City Schools day, post-game movie night and a chili cook-off, in hopes to keep attendance up for the final four home games.

“Its kind of an odd NCAA rule…We always want a packed house, the players love it, everyone likes that environment,” Chimenti explained. As for now, the Flashes FBS status is safe, but only time will tell.