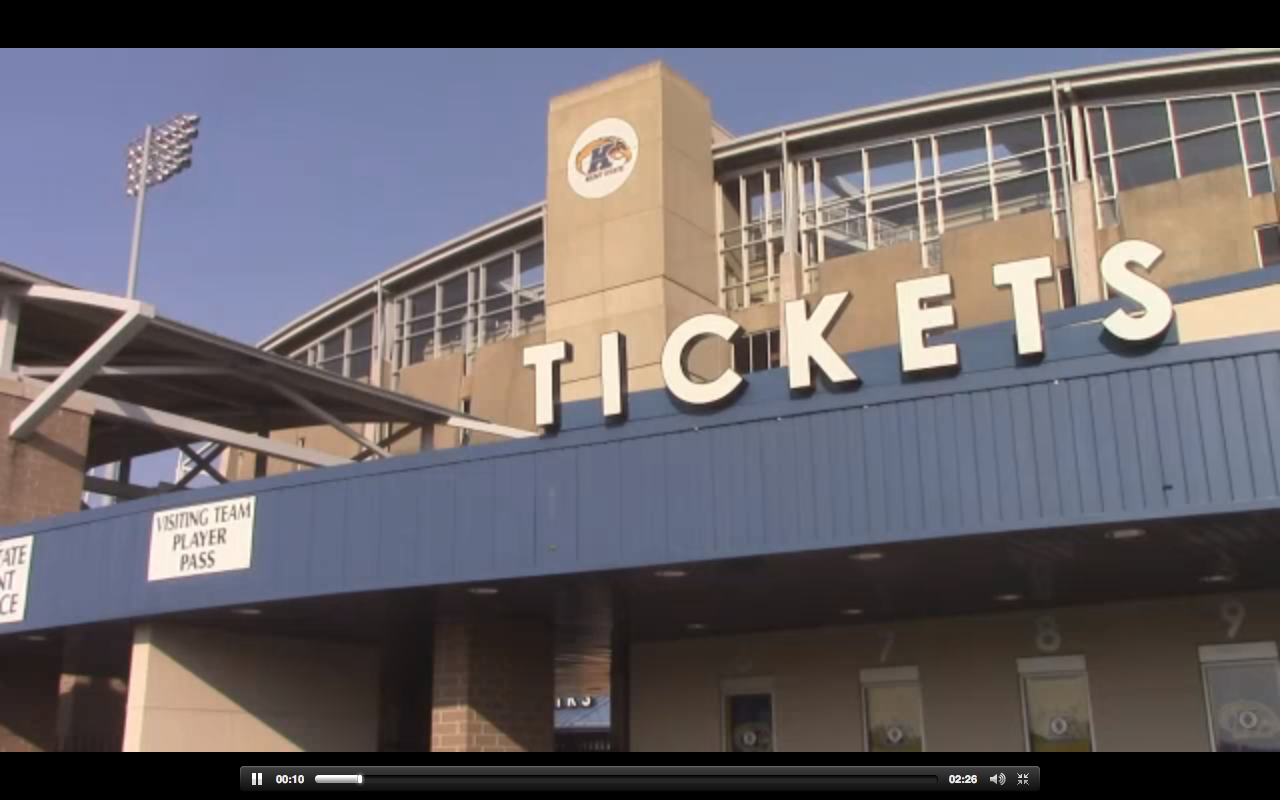 Every year athletic departments across the country are concerned  about how they will draw fans into their respective football stadiums. However, for the Kent State Golden Flashes, this year is different. For more on the Flashes, heres Raymond Ross

A large portion of that revenue other athletic teams rely on comes from television revenue. This funding is generated by the football team who is compensated by a television station, such as ESPN, for their broadcast rights. For example, earlier this year the Mid-American Conference signed a 13-year contract with ESPN for broadcast rights for every football game, certain men’s and women’s basketball and Olympic sporting events.

However, the NCAA has a mandate that occurs every two years. Every division one football bowl subdivision or FBS team must average 15,000 paid tickets, per home games. This is one of those years for the Kent State Golden Flashes.

If the Flashes do not reach the benchmark sanctioned by the NCAA, the Flashes could lose their FBS status. This could result in a reduction to Football Championship Series or FCS status, a subdivision of NCAA Division I football.

Through two home games the Flashes have averaged 19,054 in paid attendance, currently achieving their regulation. With home games including Homecoming on October 18 and the a rivalry game against The University of Akron, the Kent State athletic department is confident they can attain the NCAA regulation and keep their FBS status.

The athletic department has made pre-game adjustments to generate attendance for home games with events like happy hour and a student tailgate. Promotions like Kent City Schools day, scout day and post-game movie night have been implemented to ensure attendance is up during home games.

While no team has lost their FBS status, not reaching the requirement would be a black eye on KSU athletics. The athletics staff hopes to keep the buzz alive and attendance up during the remaining four home games.