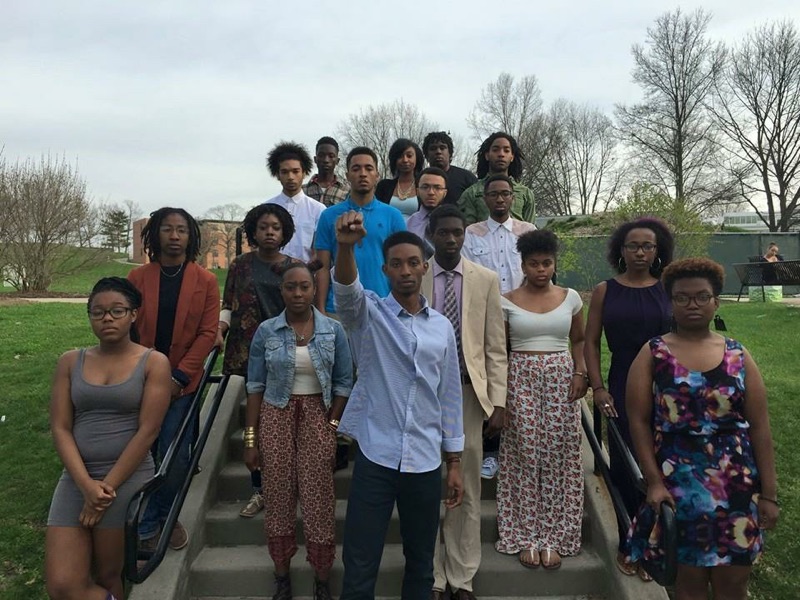 Anchor Intro: Climate change has a new meaning at Kent State University. The largest factor in this change, race. The continued conversation on race relations has many bewildered, while others have begun to grow an appreciation after experiencing first hand why its so important. Reporter Savanna McCarthy spoke with students and has more.

Racial interactions have been on the forefront of many Americans minds since the death of 17-year old Trayvon Martin back in February of 2012. Students of color at universities  nation wide have had to deal with not only being in college, but also the added stressors that come with being a “minority” in America.

Students of color at Kent State University are no exception to this experience. However, being African American or Black this year has been particularly difficult for many. “The multiple killing of unarmed black men by police combined with “alleged” derogatory comments made by student leadership has had me and other black students wanting  to simply run away” says sophomore nursing major Bri Eason.

As the year began Black United Students took to the K on Risman Plaza to demonstrate their frustration with second publicized killing of another unarmed young black man . Black students, and a few others, stood and lied in silent solidarity with the loved one’s of the lost and those with “targets on their backs” everyday of their lives.”

Unknown to BUS or the rest of University that would only be the catalyst to a year full of racial tension that no one was anticipating.

Alleged comments made by student leadership about their comfortability around black students, the Infamous Ferguson decision, and the killing of 12 year old Tamir Rice in nearby Cleveland,  played a major role in the creation of a “racially hostile environment” here at Kent according to Sociology and Psychology major Leia Belt.

“What get’s frustrating is when you constantly have micro-aggressions  being thrown at you in the classroom and you feel like something is wrong, but because you’re a student, you don’t in fear of what will happen if you speak up. We are conditioned by the institutions we reside in to believe that the only way to succeed is to do everything “their” way; because god-forbid you have nerve to be caught being  “black and angry ” at the  same time and you’ll loose all credibly because you then become “THAT black person…”

Many students within the black community have grown sick of being asked “What’s it like being a ‘black’ student at Kent State?” vs. just another student . Many are done with feeling like they have to be the spokesperson for an entire race of people while in their classes, and are done having to explain why they’re upset about rude  comments that are made.

They are done answering what it is to be black in Kent and are waiting for someone to ask them what it’s like to be black in America and also work towards making the world. starting with America , an overall better place.

Many are waiting to feel safe again,  in the only place they’ve ever called home, America.