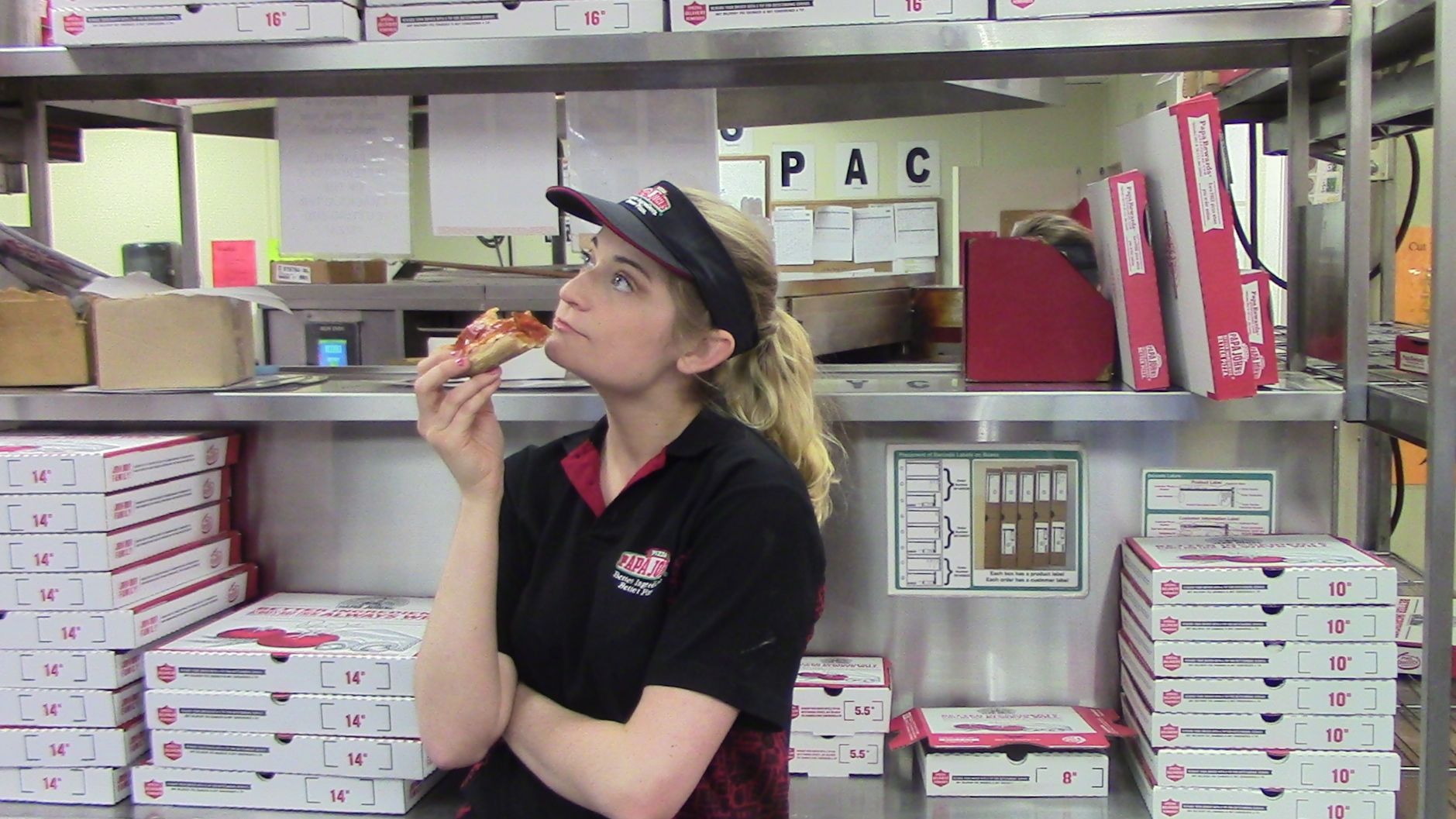 Every time we order food to our houses or apartments, someone has to deliver it to us. And above all other food delivery personnel, there is no more recognizable character than the pizza delivery person.

Like many college towns, Kent has a Main Street. On that Main Street stands a humble Papa Johns where Ashley Markle, a sophomore at Kent State, works as a delivery person.

While many students her age are out partying, Ashley works most Friday nights from 5 p.m. until 4 a.m. taking calls, decorating dough and delivering pizza.

“It’s usually in the high twenties,” said Ashley about the number of deliveries she usually makes on an average Friday night. Her work has slowly turned her into a human G.P.S.

I make what a lot of people make in an entire week and I have fun doing it,

The night I joined her on a few deliveries, we ended up at a sorority house just off of campus. After knocking, a woman inside timidly approached the door and then informed us that she had cancelled the order approximately five minutes prior to our arrival. We had been on the road for longer than that, and had no way of knowing. Ashley says things like this happen all the time, but they are far from the worst encounters she deals with.

“One time I was delivering to this apartment place and this guy was inebriated. And he was talking to me and I was just trying to get in my car and do my thing… he opens up the passenger door and gets in my car.”

After yelling at him to get out of the car, denying his request for her phone number, she drove off as fast as she could.

“It was so terrifying!”

To the average employee, a fast food job usually is not the most glamorous or enjoyable work to take on. Ashley says she actually enjoys her job. She gets paid well, especially with the tips, she enjoys her co-workers and has fun driving around the city.

“Working one night a week, I make what a lot of people make in an entire week and I have fun doing it,” said Ashley.