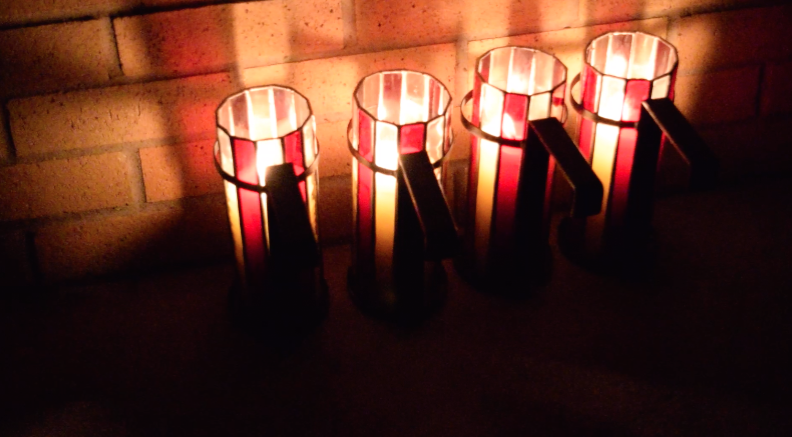 Kent State hosts a night at the museum. Students gather behind the May 4th Vistors Center to participate in a candle light vigil to honor the tragedy that happened on May 4, 1970. Reporter Portia Booker tells why this event is significant after 45 years.

Kent State President Beverly Warren participated in the May 4th candle light vigil. President Warren along with students and members of the Kent community marched in silence to honor the victims of May 4th, 1970. 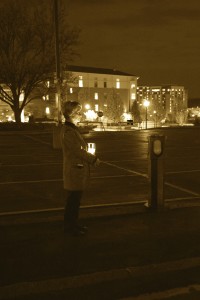 The march started at 11 p.m. on Sunday May 3rd. The May 4th Visitors Museum opened late that evening for the vigil. According to student worker, Brian Kotana, the vigil is part of a sequence of events to commemorate the 4 victims.

Students marched from behind the May 4th Visitors Center across campus to the memorial sites of the fallen students. As student’s marched, police officers aided in the procession.

Student’s placed rocks on top of each memorial. This is part of the Jewish faith tradition. Museum worker, Mindy Farmer, says students are the change.

“People think the memories of May 4th end here at Kent State, but there are a bunch of people on different college campuses” Farmer said.

The lights surrounding each memorial will be shut off all day May 4th to honor the victims.

“Be the change. You really want to know that students can be and are historically agents of change” Farmer said.