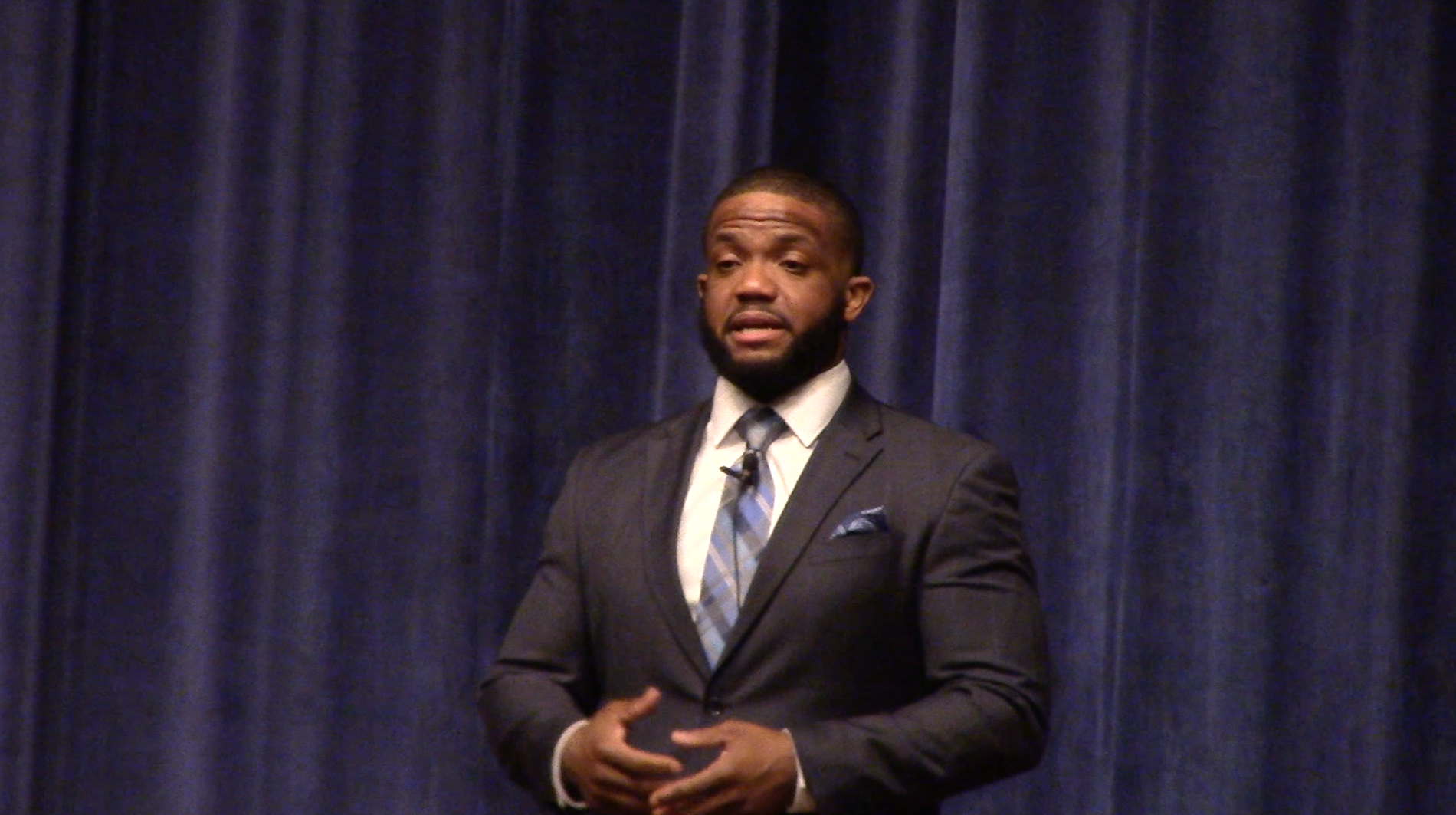 Anchor Two: TV2 Reporter Max Fleck has his story and how he’s now affecting the people who listen to him.

In one play, Maurice Clarett was able to establish himself as a Buckeye legend, but when you achieve fame that young, you may not be mature enough to handle it.

Living in the moment is what he did. His sophomore season never happened after scandals of him never going to class surfaced, he fought the N-C-A-A to go pro early and lost. In 2006 his life hit a new low, being sentenced to jail time on robbery charges.

Stand Up: And after everything he went through, Clarett was able to go from making his impact in the stadium, to making it in the auditorium.

Marvin Logan NAT Pop: I inspire to be like him, so without further ado, Maurice Clarett.

During his time in jail, Clarett grew as a person and a man of faith. He cleaned up his act and lives for his family, telling his story to anyone who will hear it, even at Kent State.

Leonard Davenport: God answers prayer, and your trials and tribulations are your tests for your future success. Simple as that.

Cheryl Sadler: It is just quite inspiring because he is a great person, and will continue to be a great person and he has even surprised himself.

While other athletes give back to communities through camps, Clarett says that’s just not enough

Clarret: I’m not one of those guys who comes and throws a football camp in his community and acts like that giving back. That’s nonsense.

Turning tragedy to triumph, a man who served jail time now has a story for all to hear. For TV2, I’m Max Fleck.