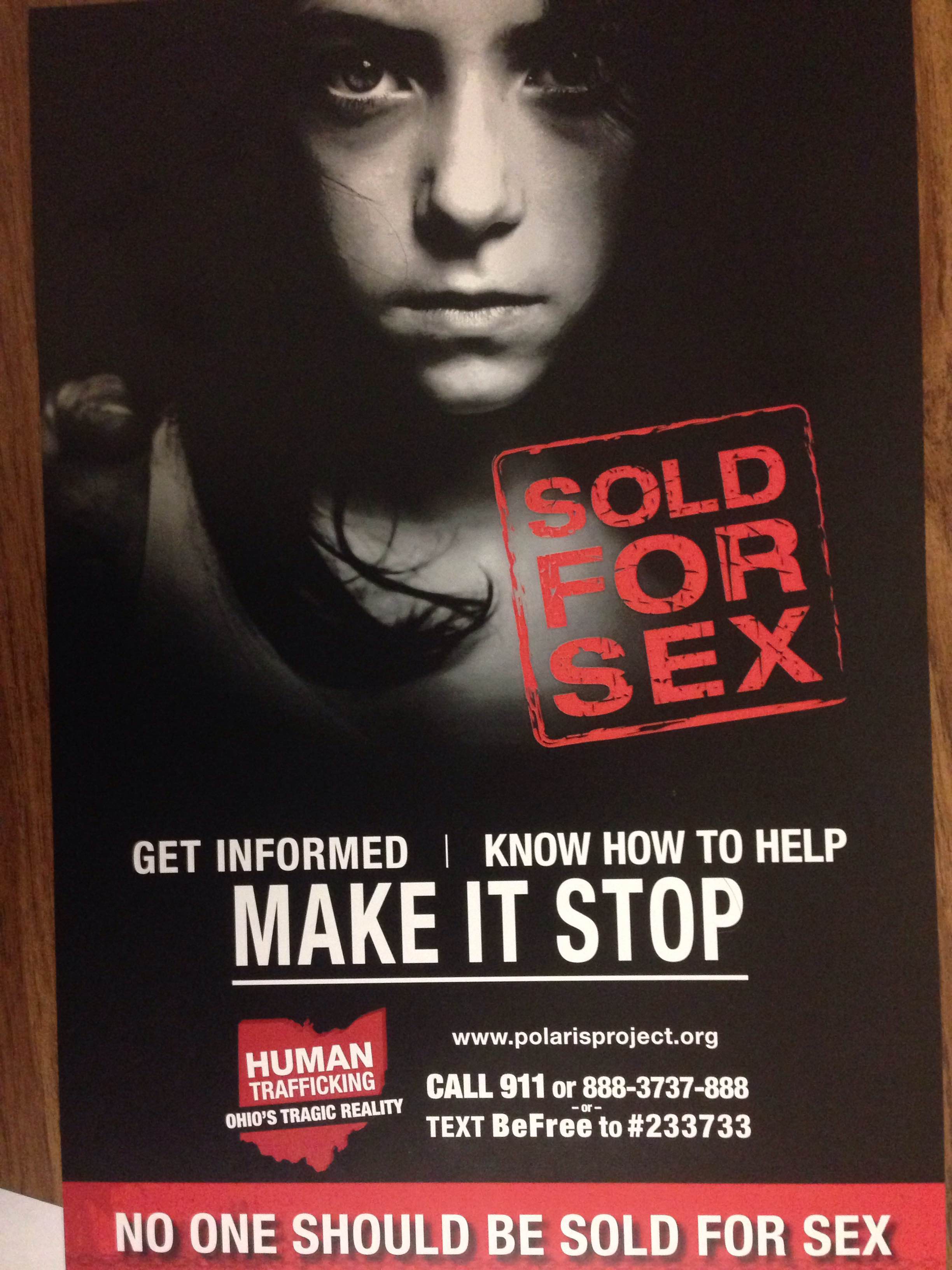 Human Trafficking is becoming a huge problem in the United States, it is reported that about 64% of the Women in the US have said that they have been approached and or snatched and forced into sex trafficking. Kent Students in the Social Problems course have come together to raise awareness for Human Trafficking, TV2’S Kayla Hodge is here with more details.

When Stacy Jewell Lewis was just 19 years old, she thought she was getting a ride from an elderly grandpa. Instead, the man held her at gunpoint and delivered her to a pimp. Lewis spent two years in captivity as a victim of human trafficking.

On Nov. 12, Lewis shared her story in the Kent Student Center Ballroom, Lewis’ story of abuse and triumph caught the attention of freshman and sophomore students at Kent State who are taking a sociology class taught by Nicole Rousseau, Ph.D.

In an effort to raise money and awareness of human trafficking, and to show their commitment to women’s rights, the students invited Lewis to share her story through a spoken word performance where she will discuss what made her vulnerable and how she escaped the manipulation and abuse.

The event was free and open to the public, but donations were welcomed. All proceeds raised will go to the Sun Gate Foundation, which is a nonprofit organization that helps victims get the education they missed while in captivity.

After the event Students were able to ask questions and take pictures with Lewis, as she prepared to leave. It is reported that less than half of all sex crimes are reported to the police. Mainly out of fear of being arrested says Lewis.

Officer Michquel Penn of the Kent State police department says while the school does not have a specific sex crimes department, the school does take extra precautions in training certain detectives to spot the signs of sexual abuse and how to deal with those cases.

Penn also says that they mostly handle crimes in their own jurisdiction, but if they have a tip about a sex crime in another city polices jurisdiction then her officers have no problem helping them by passing all the information they have on to the proper precinct.

There are multiple sites in which one can go to get more information on Human Trafficking and just how much this industry is affecting American life. Such as; humantraffickingsearch.net, safe horizon.org/trafficking, human trafficking.ohio.gov and many more.

all of these sites are built around raising more awareness of the signs of sex crimes and how to help those you suspect are victims. it also shows you how you can help by sending in donations to fund police investigations into Human Sex Trafficking Rings in your state.