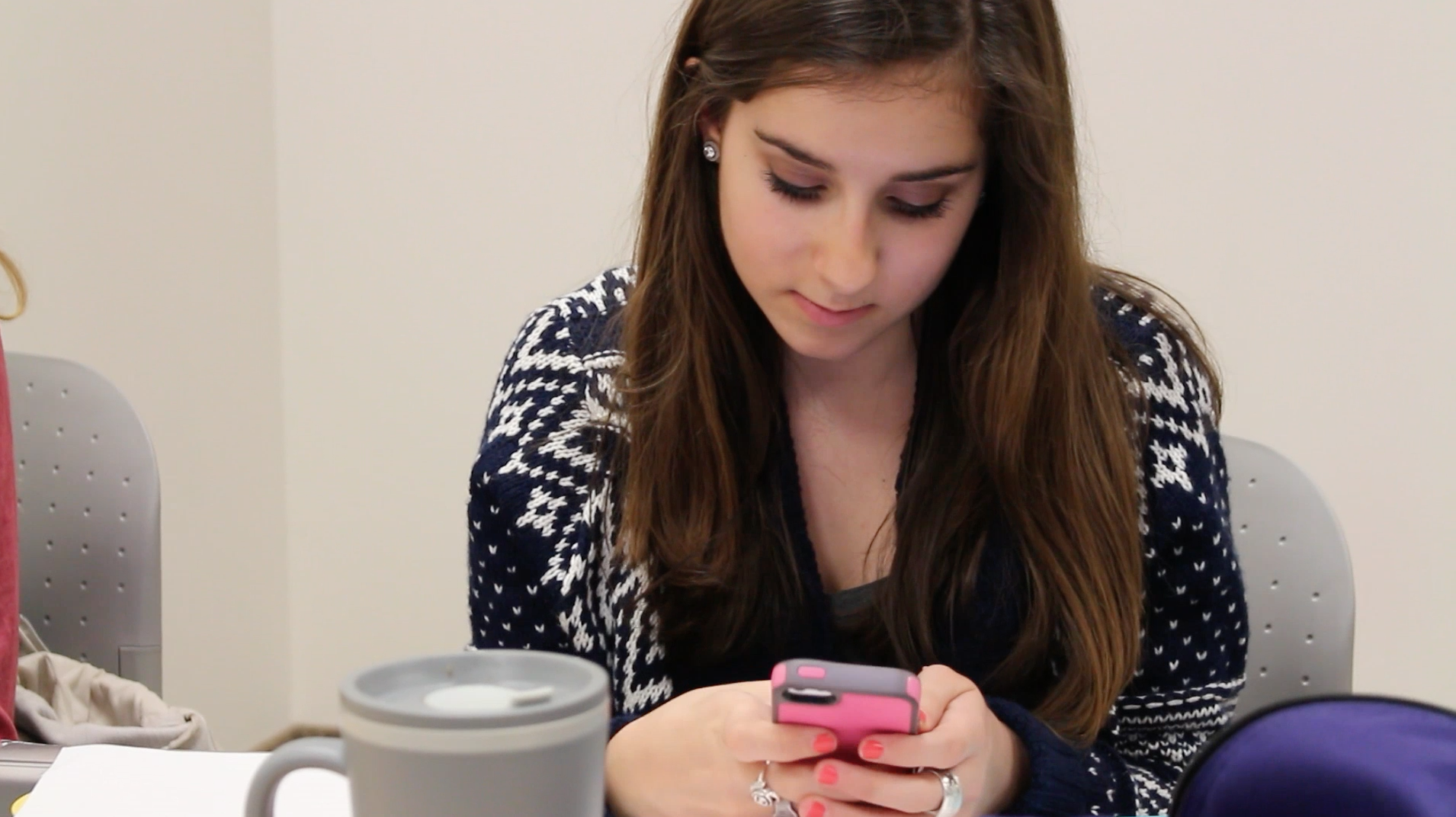 Anchor Intro: Studies show that students may spend more time on their cell phones than they do sleeping. Reporter Gabrielle Payne has more on how students have become addicted to their mobile devices.

No matter where you are in a college town, there is one thing you will see in the hands of every student on campus: a cell phone.

A study by the Huffington Post found that since 2004, cell phone use among students has increased from 45 percent to 98 percent.

Many students report feeling withdrawal when they don’t have their cell phone. They use them everywhere and anywhere from the dining hall, to the coffee shop, to even the classroom.

A recent study at Baylor University found that students on average spend between 8 to 10 hours daily on their cell phones. How exactly has this dependence on mobile technology influenced our generation?

Kent State researchers Dr. Lepp and Dr. Barkley surveyed over 500 students to discover whether there was a relationship between cell phone use and academic performance.

Dr. Lepp: Take two students of similar academic ability, and the one who uses the cell phone more in the course of a day has a lower grade point average.

Smartphones have quickly become a central part of college students’ lives. But how can they learn to hang up on the negative effects?

Dr. Barkley: How healthy is it to use the phones in this manner? And should we start to pay some attention to efforts to curtail that use?

Studies show that cell phone use is quickly becoming an addiction, and it needs to be regulated.