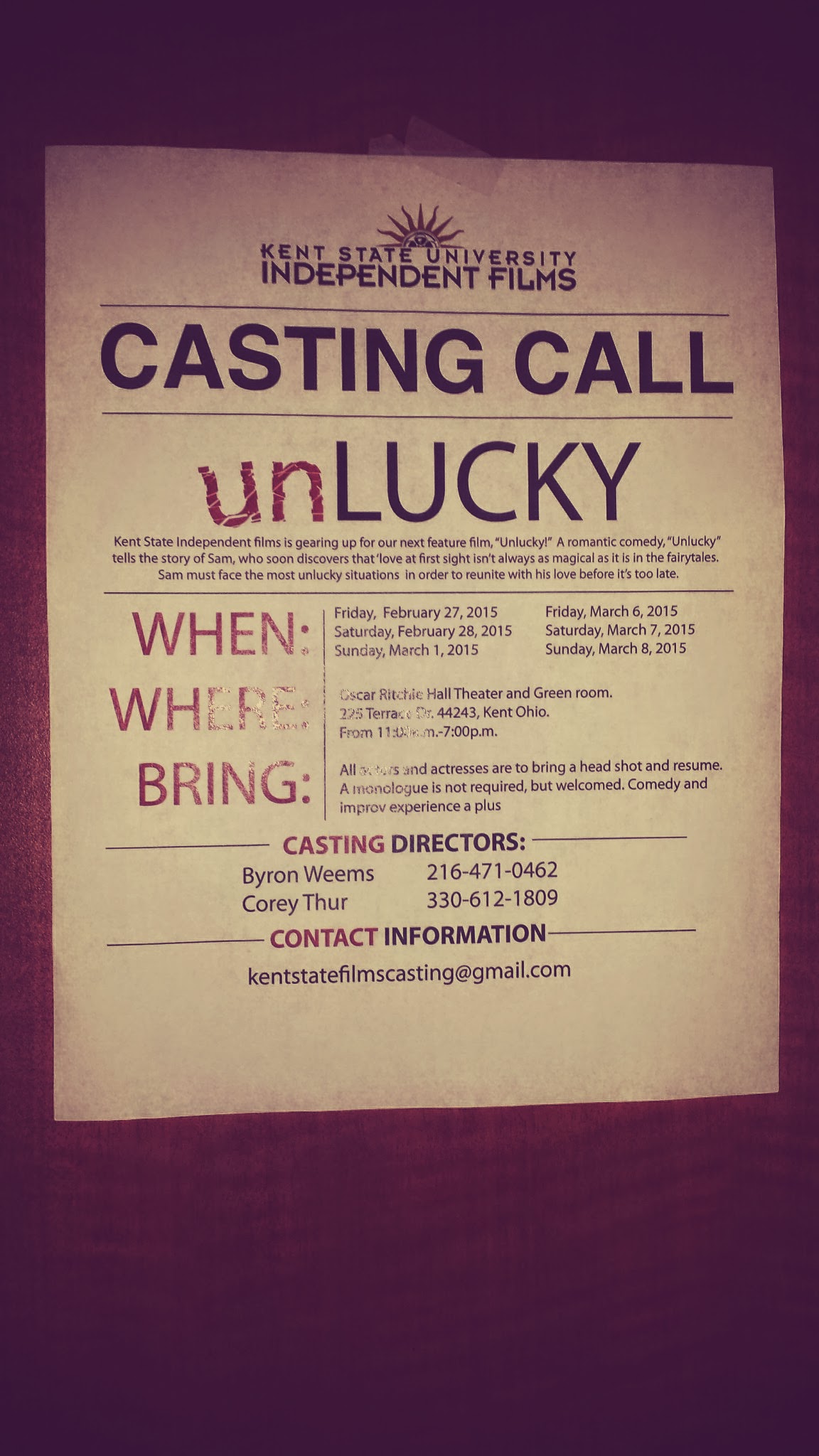 Anchor Intro: Many organizations across the nation and the state offer hands on opportunities for students to gain hands-on on experience in their fields of interest.  Kent State University, in many eyes,  is seen and described as leader in this kind of advanced tradition. A student run film group on campus show us how the importance of this initiative in their operations.

The Kent State University Independent films group held audition for it’s upcoming feature film “Un-Lucky” this past weekend in Oscar Ritchie Halls African Community Theater. A romantic comedy about how love at first sight isn’t always as simple as it seems, “Un-lucky” this will be the group’s third feature length film in 5 years. KSUIF is a fully functioning independent films group created, made up of, and run soley by students for students.

“Kent State University Independent Films is an independent student run organization housed the school of Journalism and Mass Communications. We’re completely student run…We do short films, music videos, corporate videos…but our main focus is full length feature films and we do one every other year.”

Created in 2007 the organization is focused on giving those who want the opportunity to work on film sets, the full experience. From pre-production to the final showing, students are involved from being directors and holding casting calls to being technical assistants and working the lights.

The chance to be involved in a feature length film is almost unheard at any other university in Ohio. With an opportunities like this what students take away from KSU is unique to Kent State University.

Some have walked away for KSUIF with opportunities far beyond the border of Kent State University. Theater Major Jenna Kramer had this to say.

“A couple of weeks ago I got  a call form William-Powell’s Casting and they asked me to be a stand in for “Wake”…. I was standing in for Ellen Burstyn and Piper Perabo… The movie is staring Bruce Willis, Ben Kingsley and Kevin Pollack…So there were a lot of well known people.”

The production of “Un-lucky” will continue from now until the end of this summer.