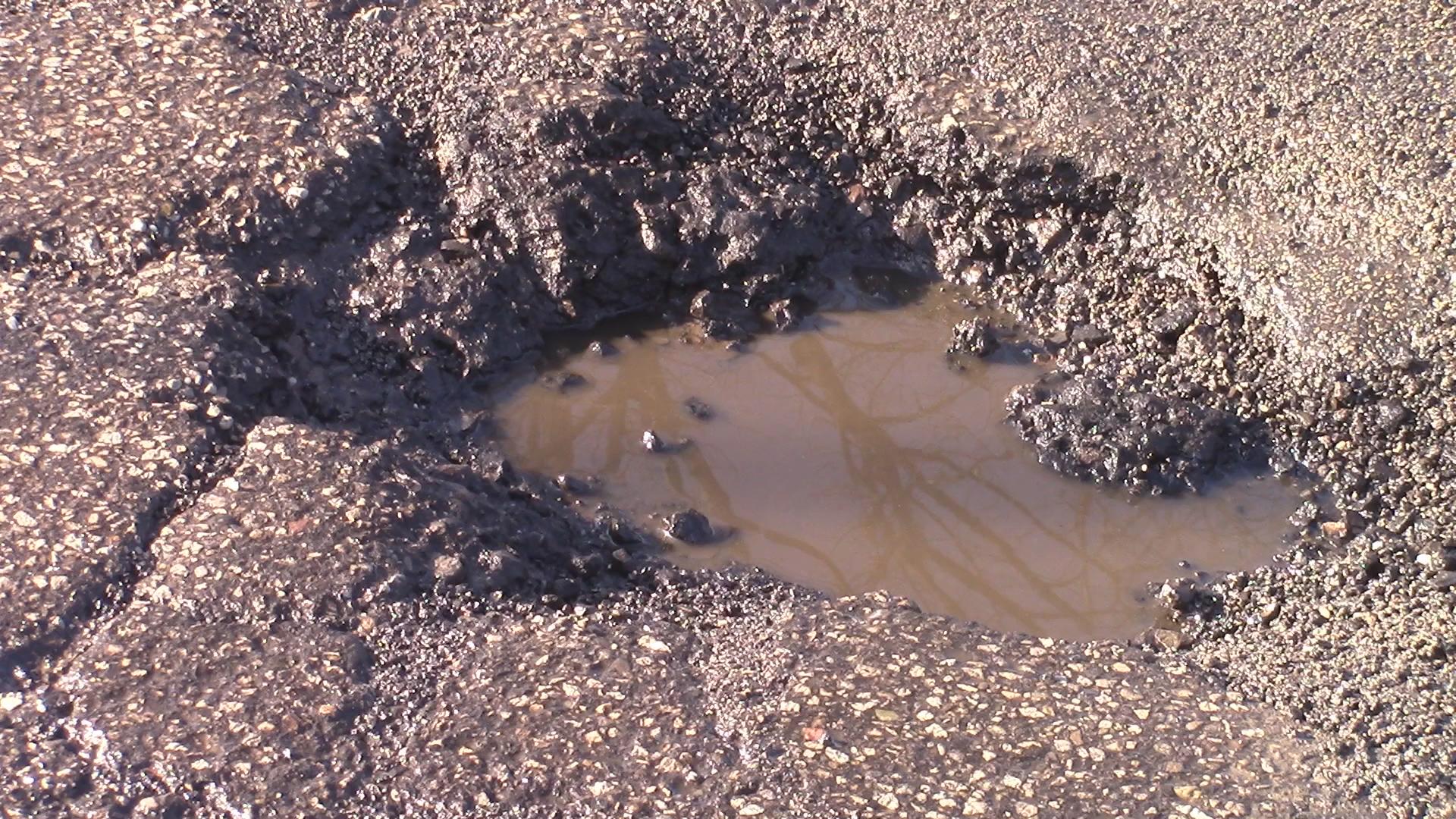 It’s that time of the year when the sun comes out, the snow melts, and potholes seem to be everywhere.  Potholes can be found on almost every road around Kent State University.  Reporter, Rex Smith, went out to get the story on those potholes and when they may be filled.  Here is the story.

Here you can see many cars bouncing from hitting potholes.

These potholes develop when water or snow seep into cracks in asphalt and then that water freezes and expands.

The grounds crew at KSU is responsible for fixing these potholes.

It costs them around a hundred dollars per ton of asphalt and they do it whenever weather permits them to.

Frank Mulneix is the Grounds Keeping Supervisor Over the Equipment Operating Crew at KSU.

He says that just last week a three-man team spent a day laying four tons of asphalt around campus, and it is important to them that they fill as many potholes as possible.

Although the grounds crew works very hard to maintain all the roads, the problem is that most of the roads that see the most traffic throughout campus are not actually campus roads.

Summit Street, Lincoln Street, and Horning Road all see a lot of traffic throughout the day and have some pretty deep potholes like this one; However, none of them are campus roads, so the grounds crew cannot repair them.

That doesn’t stop the complaints from rolling in.

We get complaints about the roads, that the potholes are damaging their cars and when are we going to do it.

In a state where weather changes all the time, potholes are inevitable.

The best thing drivers can do is keep their eyes open and safely avoid them when they can.