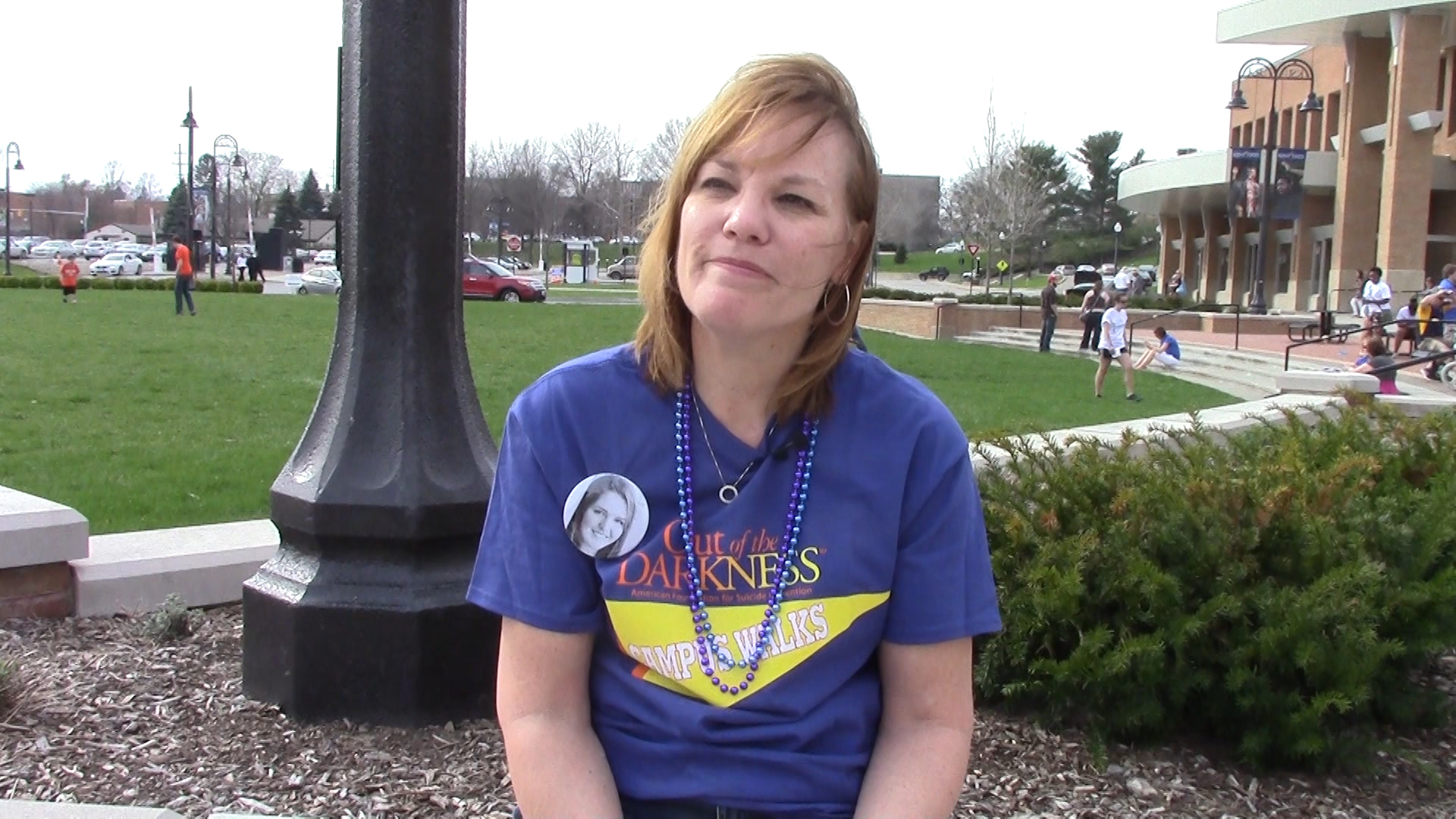 ANCHOR INTRO: Why do you go on a walk?  Some people walk to be healthy and to be social. Some people walk for a cause. This cause would help prevent suicides. Two women share their personal stories and how suicide awareness hits home to them. Our own Thea Emroll tells us more.

Two women have one thing in common, and that is stories related to suicide.

Leslie Boucher works on Kent State University’s campus in the Schwartz Center. Boucher’s niece, Kendra Parton, took her life three years ago. Parton was about to graduate from Scottsdale Community College in Scottsdale, Arizona. Parton committed suicide after receiving a bad grade on her internship presentation.

“Well, because of the D she wasn’t going to graduate,” Boucher said. “The woman kept saying let this be a life learning lesson for you”.

Boucher said the professor bullied Parton throughout the semester. After much consultation with the professor, Parton took her life.

Boucher said it’s important to reach out to people.

Junior psychology major Taylor Ault is the president of To Write Love on Her Arms, which is a group on Kent State University’s campus.

Ault said this group gives people hope and a voice.

“So we have to be their voice when things are tough,” Ault said.

Ault finds this group important to her because of a personal experience.

“So I dealt with self-harm and depression for many, many year. When I was 15 I was diagnosed with cancer,” Ault said. “So in my junior year of high school I tried to kill myself twice”.

After getting help, Ault’s parents helped her see a therapist to get to recovery.

Ault’s group supports those who are dealing with suicidal issues.

World Suicide Prevention Day is September 10. It’s not something to remember on one day, but bring awareness every day to this issue.

According to activeminds.org, more than 1,000 college students die by suicide.

Kent State University has an app called Step Up and Speak Out in the app store. It’s a free app that provides the care and assistance for students on campus. This resource can help students find help or be help to others.

Boucher and Ault shared their stories in hopes to create suicide awareness.

View Boucher’s and Ault’s stories in the video above.