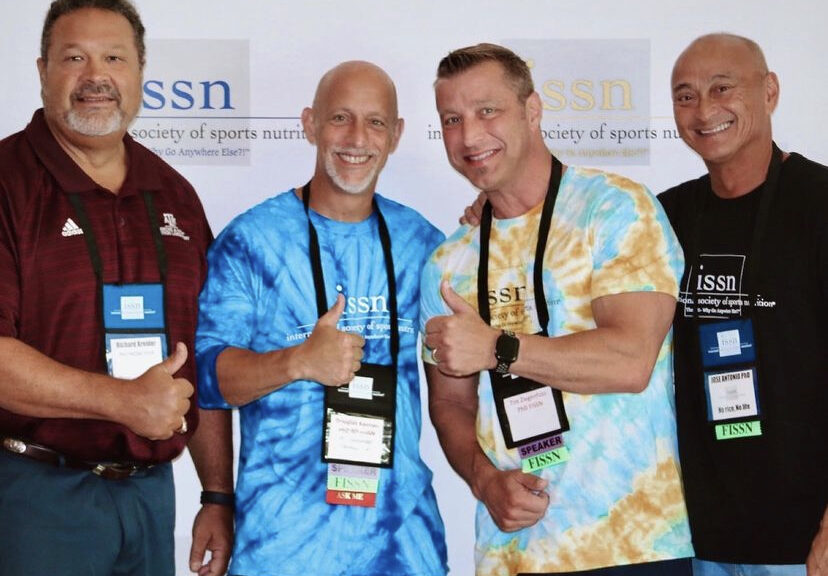 Tim Ziegenfuss originally found his passion for health in his early high school days. In high school, Ziegenfuss was an athlete who was always looking to up his game and health over opponents. He took a class that really sparked his passion for physiology and everything came very naturally for him. Ziegenfuss would go on to Lockhaven for an undergraduate in health sciences, Purdue for his master’s in exercise physiology, and got his Ph.D. at Kent State University.

Dr. Ziegenfuss however never started in a lab, in fact, he always envisioned himself becoming a college-level professor. He would go on to teach lectures at Lockhaven for two years and then was a professor at Eastern Michigan for three years. In total, Ziegenfuss was a five-year professor before even beginning his journey into inventing supplements and teaming up with celebrities.

“In January of 2000, I started my own lab. It was initially in Kent but we quickly realized we had too many restrictions on what we could research. The University went at a much slower rate than we wanted to be at.”

He would then begin researching new areas for a lab where his team could reside. Eventually, they found a company out of Long Island that paid for a whole lab in Wadsworth Ohio, so Dr. Tim and his team could do research for them. Eventually, that wasn’t enough and they found another lab in Canfield Ohio where they doubled the space. Ziegenfuss and his team have been in Canfield since.

“I was one of the first students and people subject to researching creatine once I got my Ph.D. from Kent State.”

Creatine is a renowned substance for athletes and exercise enthusiasts that helps maintain a continuous supply of energy and helps retain weight. Creatine can also help add muscle and grow your strength. Some people are skeptical of the product but it’s absolutely beneficial with little to no side effects for anyone.

Dr. Ziegenfuss also is a people person, the only way to grow your company and have a successful work-life is by how you work with others and the relationships you build with them. In a business as competitive as this, knowing more connections than your competition can be the biggest advantage.

“I have established relationships, more importantly in brands all over the country and world. 22 years of research from myself and my team which is around two decades of establishing relationships and gaining the trust of companies and clients.”

Ziegenfuss went on to mention some of the individuals he has worked with along with some big brands. Sylvester Stallone, Arnold Schwarzenegger, and many more. He has also done the research for Gatorade and many other big companies. He is always looking to gain more connections and help others prosper.

“We also work with small family shops that are trying to find their way, sometimes these small companies will have better-developed ingredients and products than the multi-million dollar companies.”

“As a renowned scientific adviser to the sports nutrition market, I have provided input that has lead to the creation of products that currently grace the shelves of every major retailer in a dozen countries around the world and account for millions in revenues.”

His company pattens all of their products and findings such as caffeine products that are in almost everything you consume. Pepsi products, pre-workout, and so much more. It is very cool when you realize his company started in Kent, Ohio and he is a former student here as well.

Dr. Ziegenfuss also has four other companies, that all tie in the big scheme of things. Besides work, Ziegenfuss is a great husband and fantastic father to a family of five children. Supporting in everything they do and being a great role model for people around him.