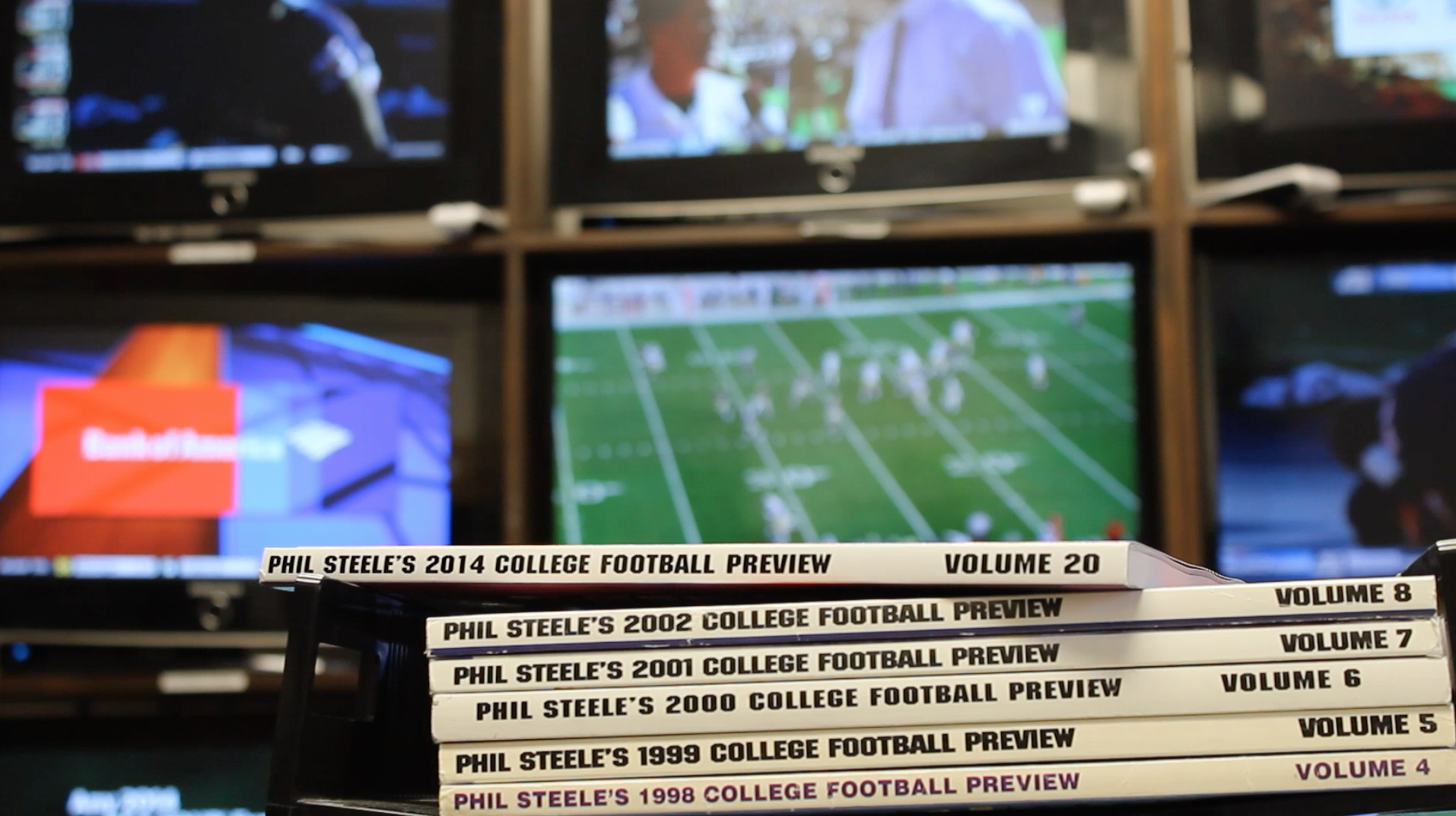 One of the nations top college football prognosticators resides right here in Ohio. Spiros Tempelis has more on who he is, and what he’s done to maintain such a reputation.

Phil Steele started doing his own sets of Power Ratings when he was eight years old. Ever since, he’s always had an affinity for football, especially college.

Every year since 1995, Steele releases a magazine entitled, “Phil Steele’s College Football Preview.” It can be found on magazine racks around the country, and is regarded as one of the most accurate preseason collegiate publications.

“I don’t know of anyone else in the country that watches as much college football as I do.”

To get the information for his annual magazine, Steele watches almost every college football game on a more than 14 screen set up in his office in Cleveland, Ohio.

“I don’t like to miss anything.” Steele stated when asked why he doesn’t just get the stats for every game.

Steele’s computer, which has multiple game-casting formulas programmed into it, helps him get a bit of an unbiased opinion on games. “If you’re thinking by yourself, you may fall in love with a particular factor” Steele stated, “This factors it all in.”

As a direct result of his 20 plus years working in the field of College Football, Steele is featured on almost every national awards voting committee, even the Heisman.

“I believe I’m not on is the Butkus. I think that’s about the only committee I’m not on right now.”

Steele frequently appears on ESPN as a College Football analyst and regularly contributes to ESPN.com and his own personal website, PhilSteele.com. You can also see him on Bruce Drennan’s “All Bets Are Off” every Thursday on Fox Sports Ohio.

“I’ve always had a fascination with football.”