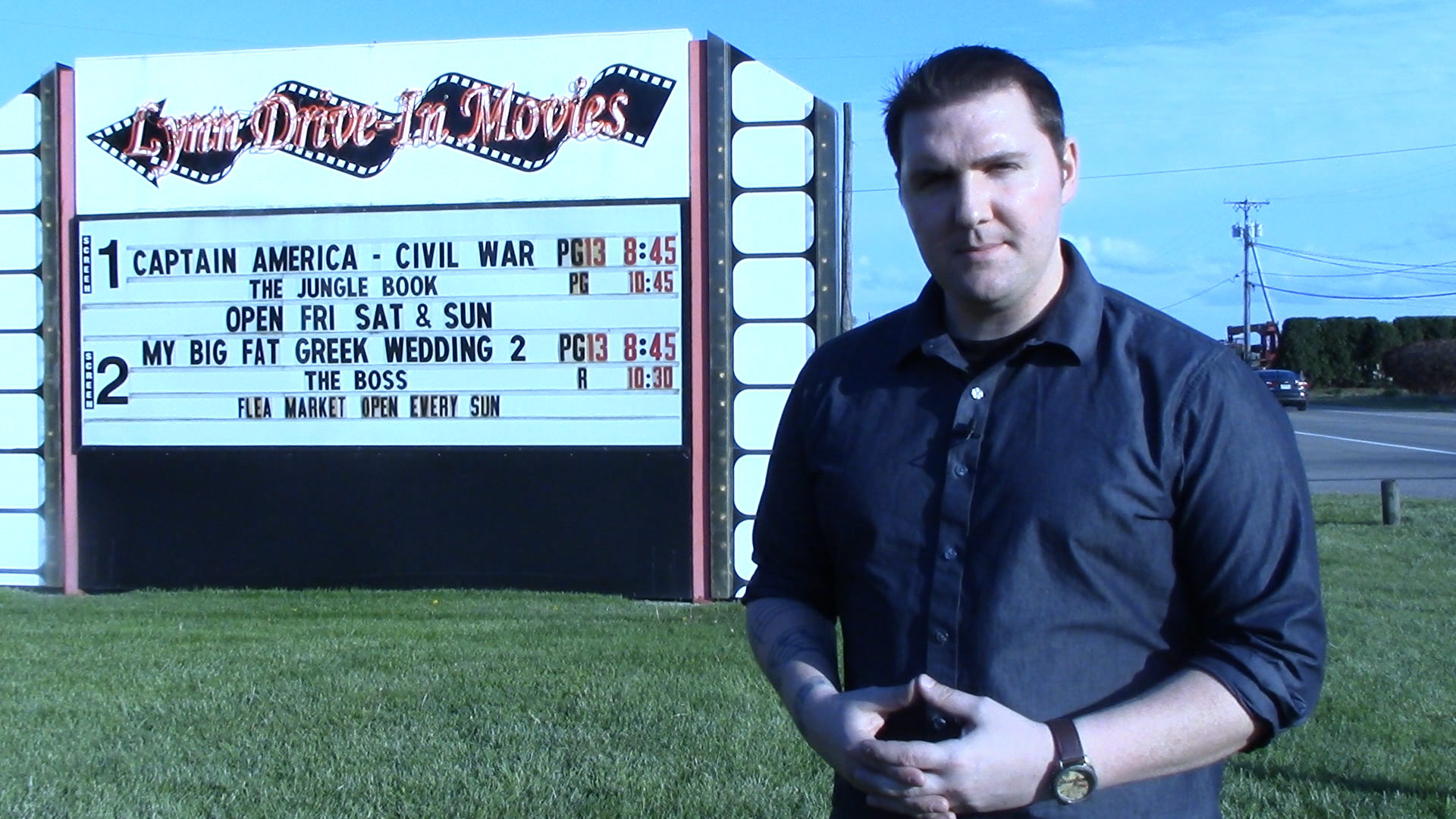 The spring semesters end signals the beginning of Summer. For a lot of people, that means hanging with your friends, and going to the movies.

There is a certain feeling you get when you walk into a movie theater. The lights are bright, the walls are covered with the biggest names in cinema, and the smell of popcorn fills your nostrils as you wait in line for your ticket. The biggest decision most movie-goers face today is whether or not they want to wear 3D glasses over the next two hours. And how much butter they want on their popcorn.

However, there is an establishment that hearkens back to a time before 3D graphics, stadium seating, and surround sound. 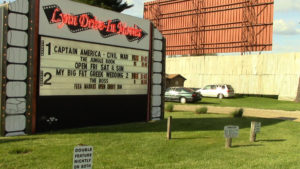 Lynn’s Drive-In is the oldest running Drive-In movie theater in Ohio and the second oldest in the United States. Opening up their doors in 1937, Roland Boyer established Boyer’s Auto Theater complete with an accompanying arcade, driving range, gas station, and restaurant.  The next twenty years would see several changes in operations, title, and ownership. Losing the arcade, driving range, and gas station and focusing on the movies.

…Just concentrating on the core money maker was probably a smart thing.”

One of the biggest challenges the current owners, Rich and Jamie Redding face, are staying current with the times without breaking their bank. After being denied a bank loan for a new projector, Rich entered an international contest with the hope of getting one for free. While they didn’t end up winning the competition, the bank that denied their loan had a change of heart.

“It seemed that they felt bad we lost the contest, and called me to say they reconsidered the loan.

The addition of a new digital projection gave them the ability to stream first run (new released) movies on both projection screens to add a wider accessibility for families. With the theater operating outdoors, they can only do business Friday, Saturday, and Sunday during the summer months. 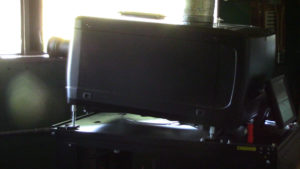 While the future is never certain for any business, Redding says that their decision to take switch to a digital projector was their commitment to the future. With a growing audience that wants to see the newest content first, they’ve even made sacrifices that they normally wouldn’t have to make, just to stay relevant.

“Our rule is to never show a movie that wants to take more than 60% of the house,” Said Redding, about the cost of showing movies. “But Captain America: Civil War is the biggest movie this month. They wanted 65% of the house to show it. So we had to do what we had to do.”

Codes are sent via flash drive to movie theaters all over the country, each with a built in timer. The movies can be played as many times as necessary during the paid time period, after which time the codes will no longer load into the projector. Some smaller budget films may only require 30-40% of the house, bigger companies like Disney require much more.

Redding says there is no way to tell how the future will turn out. But he’s optimistic that they’ll be able to stay relevant. Stating his desire to one way put a dome over the complex that would block out the stars, but allow them to show movies year round at any time of the day.

Lynn’s Drive-In will continue operations as long as there are still people wanting to “watch the stars, beneath the stars.”