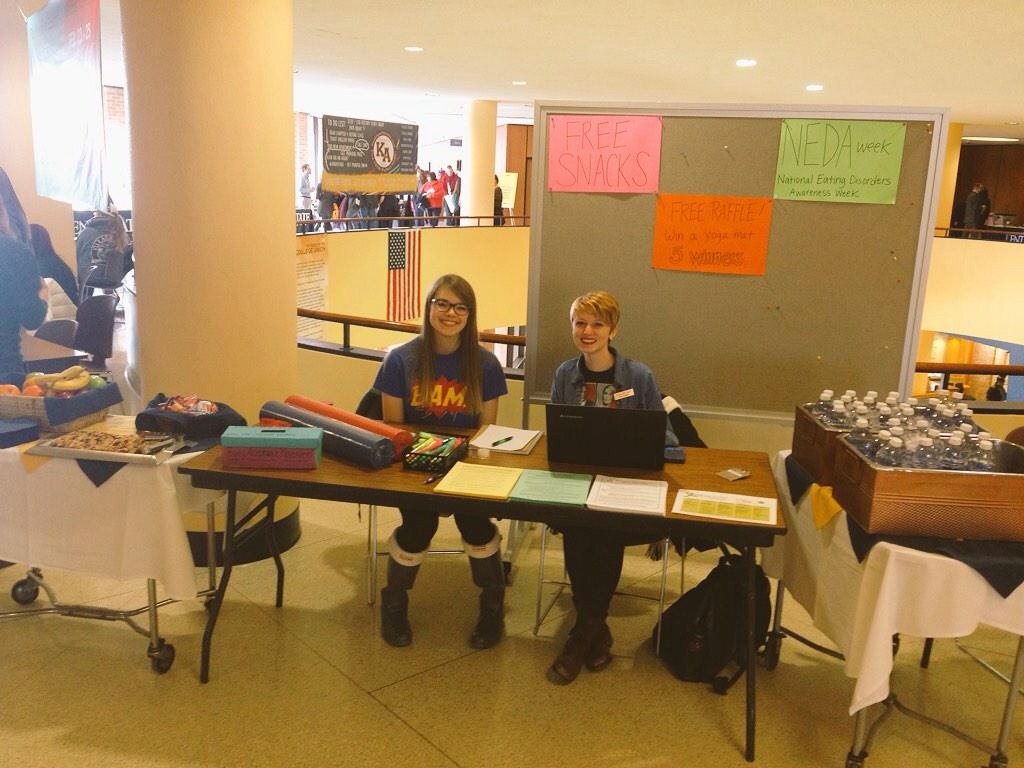 Anchor Lead: The last week in February has a very important message, especially for one Kent State Student and an organization she is involved with. TV2’s Nicole Jelinek has the story.

VO: If you look around in the basement of the Kent State Student Center you see some students hanging out.

If you take a closer look you see lie McCann. You wouldn’t be able to tell now, but Kylie was a victim of an eating disorder, but was able to overcome it.

She says her eating disorder was not well-known and kept it under wraps. Now, she is even the Vice President of the Body Acceptance Movement here at Kent and is helping to educate people on eating disorders.

Stand-up: Kylie is not alone in this. Nearly half of all Americans personally know someone suffering from an eating disorder.

In order to create awareness, the Body Acceptance movement put on a week of events for National Eating Disorder awareness week.

SOT Emily Creque: “BAM is really trying to get awareness out there about this week to really get involved and learn a little about that.”

VO: Monday they kicked things off with a panel of members who already had or still have eating disorders, and did a question answer session.

They went on to do a love your body yoga event at the rec that filled up fast with participants.

A singer/ speaker also came to talk about anti-bullying, self empowerment, and body acceptance, along with a nutritionist who gave healthy eating tips and shared some homemade treats with those who attended.

The week finished off with information tables at the Student Center.

SOT Emily Creque- “There’s something that there is a lot of stigma with and is misunderstood, and I just want to spread awareness about it.”