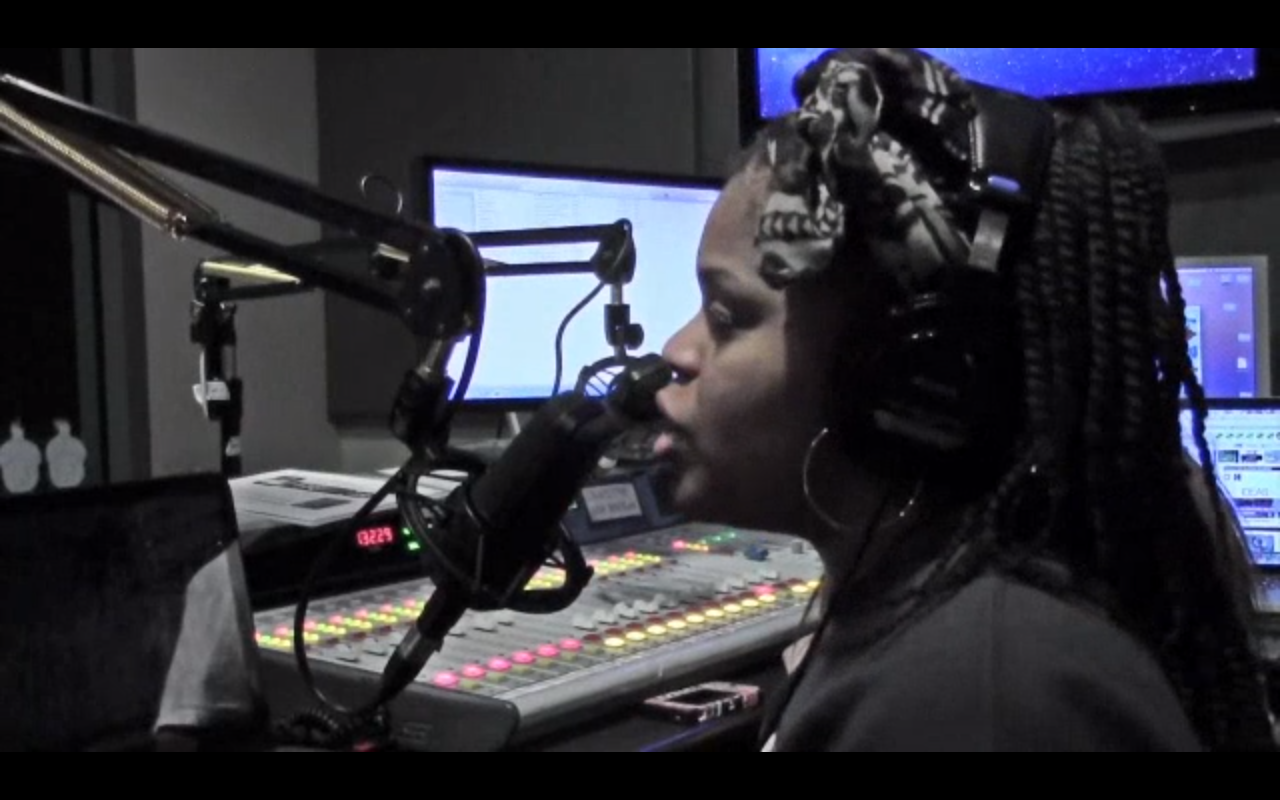 Members of the National Association of Black Journalists in the School of Journalism and Mass Communication are forming a strong organization devoted to empowering student voices. TV2 reporter Vivian Feke took a closer look at NABJ’s importance on Kent State’s campus, and how the group is encouraging its members to join student  media.

The National Association of Black Journalists has been reinstated on Kent State’s campus, and the group is trying to get more students involved.

Associate Professor for the Journalism and Mass Communication School, Gene Shelton, is the faculty advisor for NABJ. While he used to advise the group previously, he was unable to continue to do so when he had a stroke in 2009, and the group became inactive.

NABJ reformed on campus during the fall semester of 2013, when Alyssa Flynn, a student in the Journalism and Mass Communication School, came to Shelton and asked if she could help start the group.

“Without question, NABJ should be on this campus.”

“Without question, NABJ should be on this campus,” said Shelton. NABJ brings students together who have a passion for writing, speaking and broadcasting, and who want to make sure their voices are heard.

Shelton also mentioned that while many African American students major in the School of Journalism and Mass Communication, they don’t involve themselves with clubs and organizations relating to their field.

“Although they came here to major in journalism and mass communication, to become broadcasters, to become reporters,

According to freshman Broadcast Journalism major Savannah McCarthy, becoming a member of NABJ has helped her branch out to different forms of student media, such as Black Squirrel Radio, and TV2.

“All of us are really close,” said McCarthy, of the members in NABJ. “It kind of gives you somewhere to know you can be comfortable, it’s okay to make mistakes, it’s okay if you mess up.”

While the National Association of Black Journalists’ value is clear within the College of Communication and Information at Kent State University, the group’s membership has trickled out throughout the semester.

Professor Shelton said the beginning of the semester is when NABJ sees the biggest turn out at meetings.

“Make it fun,” said Brown. “It’s really branching out beyond the group that’s there. Looking at other groups throughout the university.”

Dr. Brown said it helps to think creatively about what might be interesting to other groups and organizations, and talk to other students in hopes of drawing them to be involved and supportive of NABJ.

“I know that they are small in number, but they can be mighty.”

“I know that they are small in number, but they can be mighty,” said Brown. “If they really put their hearts in it in everything they do, it would be one of these great programs that everyone talks about.”

The majority of the rest of the semester’s meetings for members of the National Association of Black Journalists will work to plan events and gatherings for this fall, so that the group can start strong during the next semester.

McCarthy knows she is part of a special campus organization.

“There’s plenty of other black groups,” said McCarthy, “but there’s only one black journalism group.”

NABJ’s members are determined to keep the Kent chapter of NABJ strong.