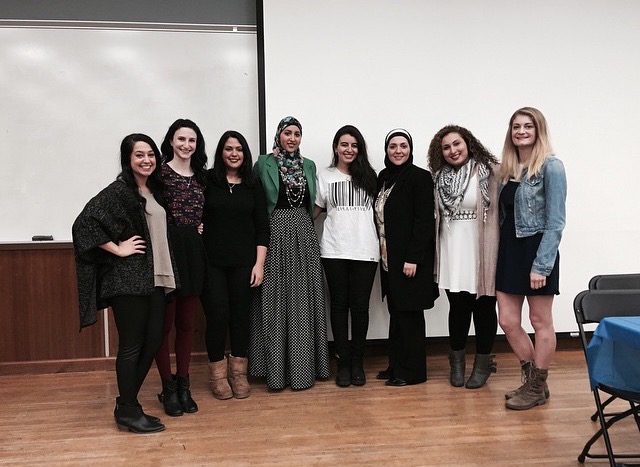 Anchor Intro: The month of March is women’s history month. As a way to celebrate this, the Arabic Student Association put together an event about women’s empowerment in the Arab world and about breaking the stereotypes. Tv2’s Nicole Jelinek has the story.

This is Nora Hmeidan. Nora is a student here at Kent State and is a Muslim. You may not know it from her outward fashion, but she embraces the fact that she is.

“I had a friend say to me well you don’t really have to worry about it because looking at you people wouldn’t know if you were a Muslim and that really hurt me. And I thought about that and was like maybe I should wear the hijab, but I’m not going to start wearing the hijab for reasons, political reasons. Just to be out and stand out and be like yeah I’m a Muslim- I can use that with my voice and use that with my words and tell people I am a proud Muslim and yes that is what I believe in. We believe in tolerance.”

Because of the stereotypes like the one Nora deals with on a daily basis, the Arabic Student Association has decided to dedicate their time to hosting an event where students can ask questions and get answers about different cultures.

“There is a drastic line between culture and religion, and we really want to clarify that with this event”

This is the president of the Arabic Student Association Aisha Hamdallah. She, along with the rest of the group put together the “Modest Me” event. Modest me was a panel discussion about middle eastern and Muslim Women. The event started with commonly asked questions about what the hijab head scarf is, what it means to them, and continued into what they believe modesty is and why it is important and about female empowerment. The event also had free henna for attendies to get (and I even got in on the action), and the panel opened up for the audience to ask their own questions and get answers.

“There is a lot that needs to be clarified and campus needs to understand these types of issues better than what the media portrays.”

As you can see from the Modest Me event, Cultural compotensise is key to understanding each other.