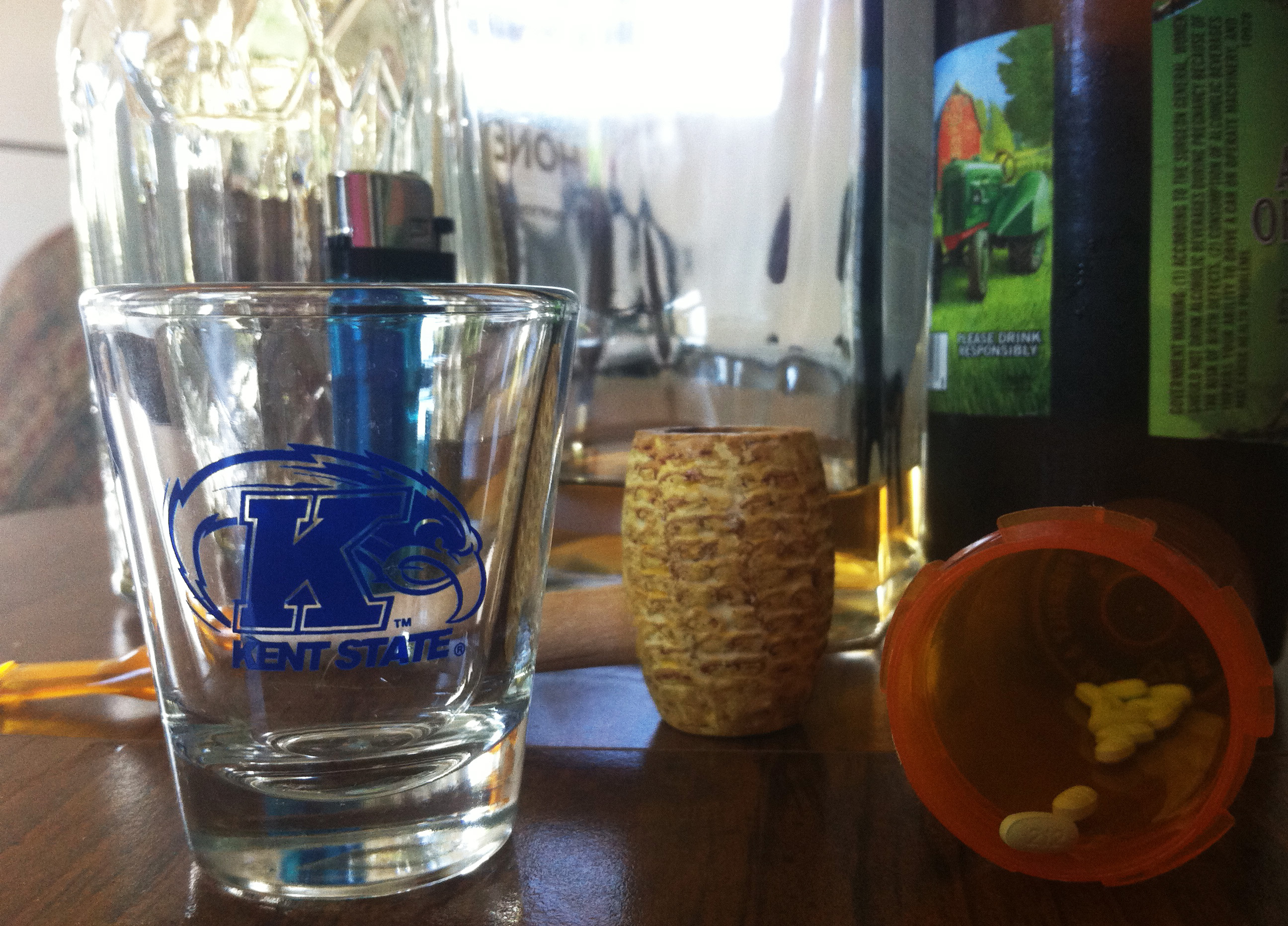 This is a common phrase among college students, but is it leading Kent State University students down the path of drug and alcohol abuse?

There are only six reports of drugs violations on campus since Sept. 4th with two being in the dorms, a low number compared to how many students are on campus.

When drugs are found in dorms, the police department gets calls from Resident Services or are tipped by security. If the police have probable cause, such as smelling marijuana, they are able to enter the room to search.

If small quantities of marijuana is found, the student is given a minor misdemeanor charge. If drug paraphernalia is found, such as a bong or pipe with drug residue, they receive a misdemeanor of the first degree, a higher charge.

Students can find help for addiction at Deweese Health Center on campus, Townhall II which is in downtown Kent or PSAP, the Portage Substance Abuse Prevention Coalition.

The police department also attends smaller events in clubs and groups around campus to talk about things ranging from drug abuse to sexual abuse.

With more resources such as the Kent Police Department, Townhall II and PSAP, more stories and statistics will be revealed.

This is Julie Selby for Broadcast Beat Reporting.