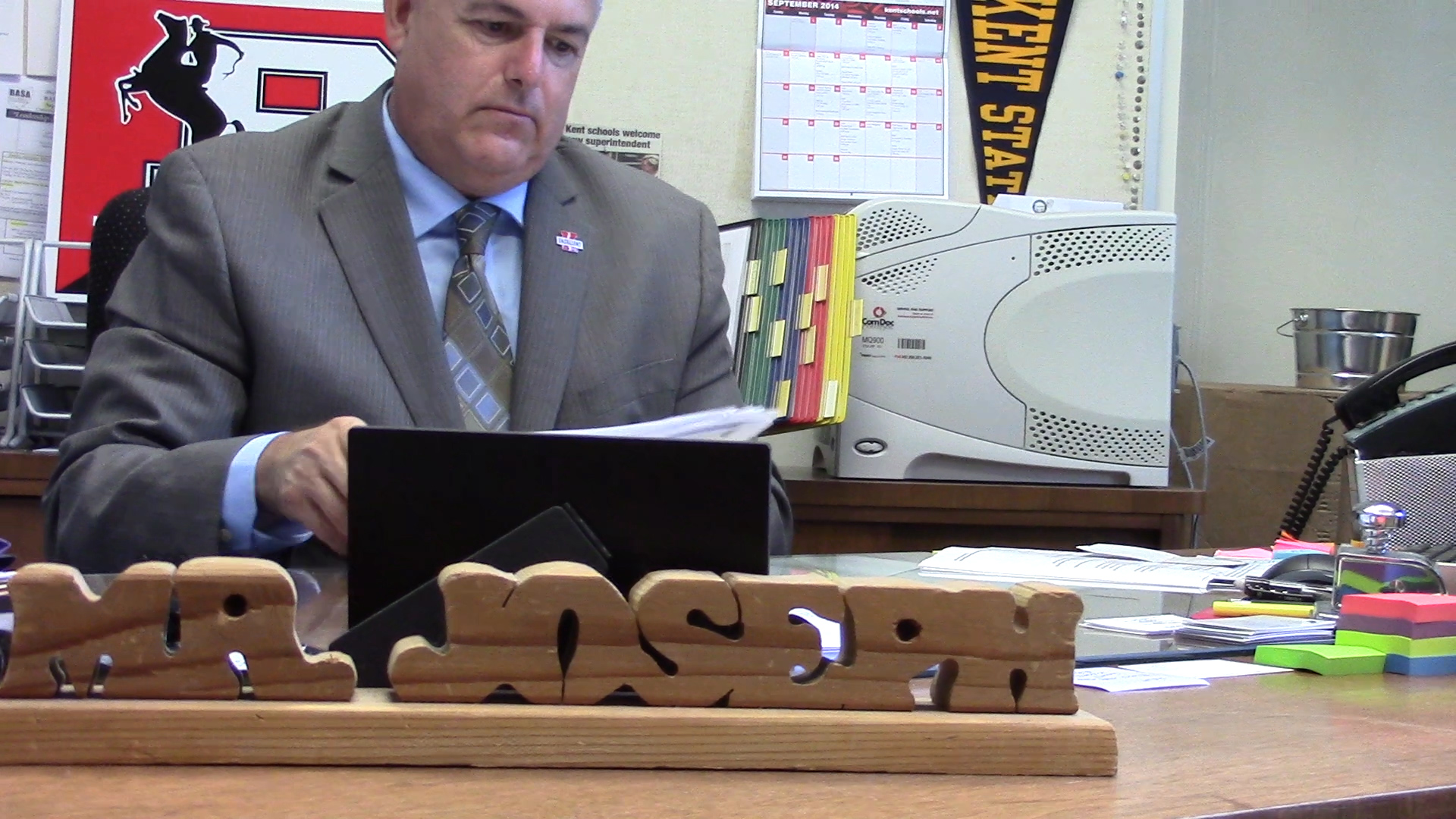 George Joseph is back to where his life in education took off: in the city of Kent, Ohio. As Kent City Schools welcomes the new superintendent, George Joseph is looking to get himself on the same page with the community. TV2’s Jon Huntsman has the story.

George Joseph returns to the city of Kent where he, a KSU alum, received his Master’s degree in Educational Administration. He left Worthington Local Schools this past summer, where he assisted two superintendents over the last five years. But now he’s taking on an even bigger role as Superintendent of Kent City Schools.

With a new school district come new challenges. And those challenges include taking the needs of others in the community into consideration.

During the week, you’ll find George Joseph hard at work inside the BOE building. He and his Board members tackle through curriculum and budgetary issues on a daily basis.

Though he is most often in his office, he makes it a point to go out and interact with parents, students and staff.

Through community events and school events, Joseph is looking to build new relationships. One of George’s first priorities is to spend time learning more about the Kent community.

“I’ve tried to go out and meet people,” Joseph said. “I’ve made every attempt to go to Chamber events, to university events, to elementary, high school open houses, curriculum nights.”

According to Joseph, he says that the community has made him feel more at home in the first months on the job. But he also added that he still would like more input from parents and community members. That’s why Superintendent Joseph has a new plan that will help him get to know the community a little bit better.

On the Kent School homepage is where parents and community staff can access an entry year online survey. They are also able to turn a hard copy of the survey to the BOE office. With this survey, Joseph said he’ll be able to answer questions in just a matter of weeks.

This is not the only policy being implemented within the school district. Joseph says that he looking into more collaboration efforts with Kent City Schools and Kent State University. George hopes that this will help the Kent community grow in the near future.

Superintendent Joseph is slowly, but surely becoming one with the Kent community. He said he looks forward to providing more opportunities for all school levels for students and families in the Kent City School district.