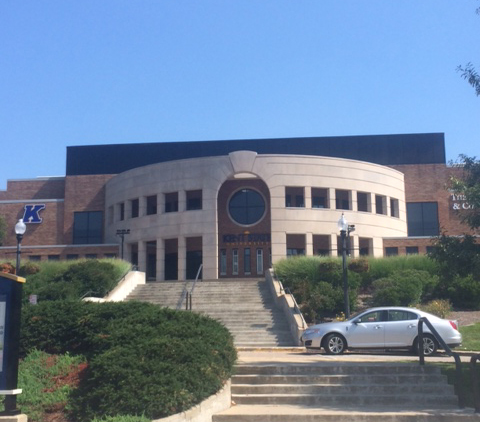 “People here already support each other,” said Janet Kittell, Senior Associate Athletic Director and Senior Woman Administrator. “This is the best job I’ve ever had because of the people.” While the key decision maker for each varsity sport is either a head coach or director of operation, 15 of the 18 decision makers will report to Kittell. With 40 plus years of experience, Kittell makes sure daily operations are running smoothly, teams are functioning within NCAA compliance guidelines and student-athletes are getting the attention they need.

Knowing the programs inside and outside allows Kittell to evaluate the program and build a level of comfortability in order to provide criticism. “Experience and relationships are where I need to excel,” Kittell explained. “You also know when they call you at midnight with a problem, they’re not afraid to do that.”

“We need relationships for the smooth inter workings and external,” Kittell said. “But very frankly, what we need is money. We are doing really well with what we have, but the gap between us in the olympic sports that I supervise is going to widen and widen and widen withthe new NCAA autonomy for the power five.”

The need for improved athletic facilities is a challenge KSU athletics is constantly facing. “I think we are behind other MAC schools when it comes to facilities,” Kittell said. “If you go online and look, you can see that for yourself.” Scheduling conflicts in the Memorial Athletic and Convocation Center continue to arise with men’s and women’s basketball teams sharing with both wrestling and gymnastics.

Facilities typically serve as a major determinant for parents and prospective athletes. Without comparable athletic facilities to the other MAC programs, recruiting could prove difficult. The Building Champions Initiative is an ongoing campaign to raise money for athletic facility improvement and could be a relevant story during the semester.

The Kent State Field Hockey team will host the MAC Conference Championships November seventh and eighth. This is another story that can be covered during the semester due to the fact that a MAC Championship game will be held on campus and thus easily accessible.

Mrs. Kittell told me about a new operating system for football ticket sales, making season ticket sales easier with hopeful increases. The football program needs to average 15,000 paid tickets per home game in order to maintain Division I status with the NCAA. I feel both are significant news stories because the difference of Division I and Division II in funding and prestige are notable.

The Kent State athletic department will have a surplus of stories to cover over the semester. Contacts like Matthew Geis, Executive Director for Athletic Advancement, Lyndsey Maurer, Director of Athletic Communications, and Dennis Watson, Director of Ticket Operations/Sales, will all be points of contact for future stories.