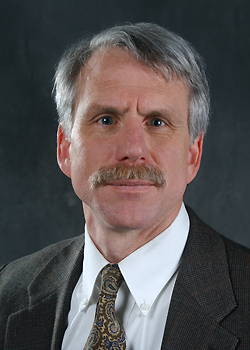 That’s  what comes to mind when you think about all the construction going on, on Kent’s main campus. Since the end of 2014 spring semester, we have been watching all of the up and coming renovations take form on our campus grounds. What does it all mean?

The school has set a budget of $200 million dollars in order to complete the school’s new construction. This new campus is apart of an initiative by the schools board of trustees and the Department of Facilities, Planning and Operations to “update” our campus and give it a more modern and “homie” feel for the students here at Kent.

The Department of Facilities, Planning  and Operations is located in Harbourt Hall off of Loop Rd, the department is dedicated to over seeing mostly all of the new renovations taking place on campus. This department meets with the board of trustees in order to come up with a master plan on anything that needs to get fixed or redone on campus. They discuss budget, timing, road blocks, delays and try to cover issues such as unseen building issues and how much they feel they would need to set aside for those types of issues.

Thomas Euclide, the Associate Vice President of Facilities, Planning and Operations here at Kent State has worked for the university for 23 years and is in charge of overseeing all facilities on all eight campuses. He is also a Penn State Alumni, with a degree in Architectural Engineering. He deals with everything from the building structure, the electrical, and the design of the buildings themselves.

Some of the many challenges facing this department range from stretching the budget to thin, some standard issues found inside the structures, such as roofing issues, plumbing and piping issues that are usual problems on a construction site. The initial budget was set out to renovate the insides of some of the buildings, but once the initial walk through of the buildings occurred, their were some issues that were unexpected by the crew. Such as in the architecture  building parking lot needed to be fixed from the bottom up do to poor soil underneath the concrete. The roof of Olsen Hall was on its last leg when the construction crew went in to do an inspection.

In the future there are many great potential stories to look forward to from this beat, such as a peak inside the architecture building once the renovations are finished. A first look at the newly combined arts building which will be the combining of the Art Annex and Vandoosen Hall, which in the past the arts program has been scattered to six building all over campus, we can now look forward to one central location for arts students. Another great story will be the tearing down of the ceramics building on campus.

Some other great contacts for this beat are, Roy Christian the Director of University Facilities Management, Heather White who is the manager of the grounds crew (i.e the landscapers, sanitation) here on Kent’s Campus.