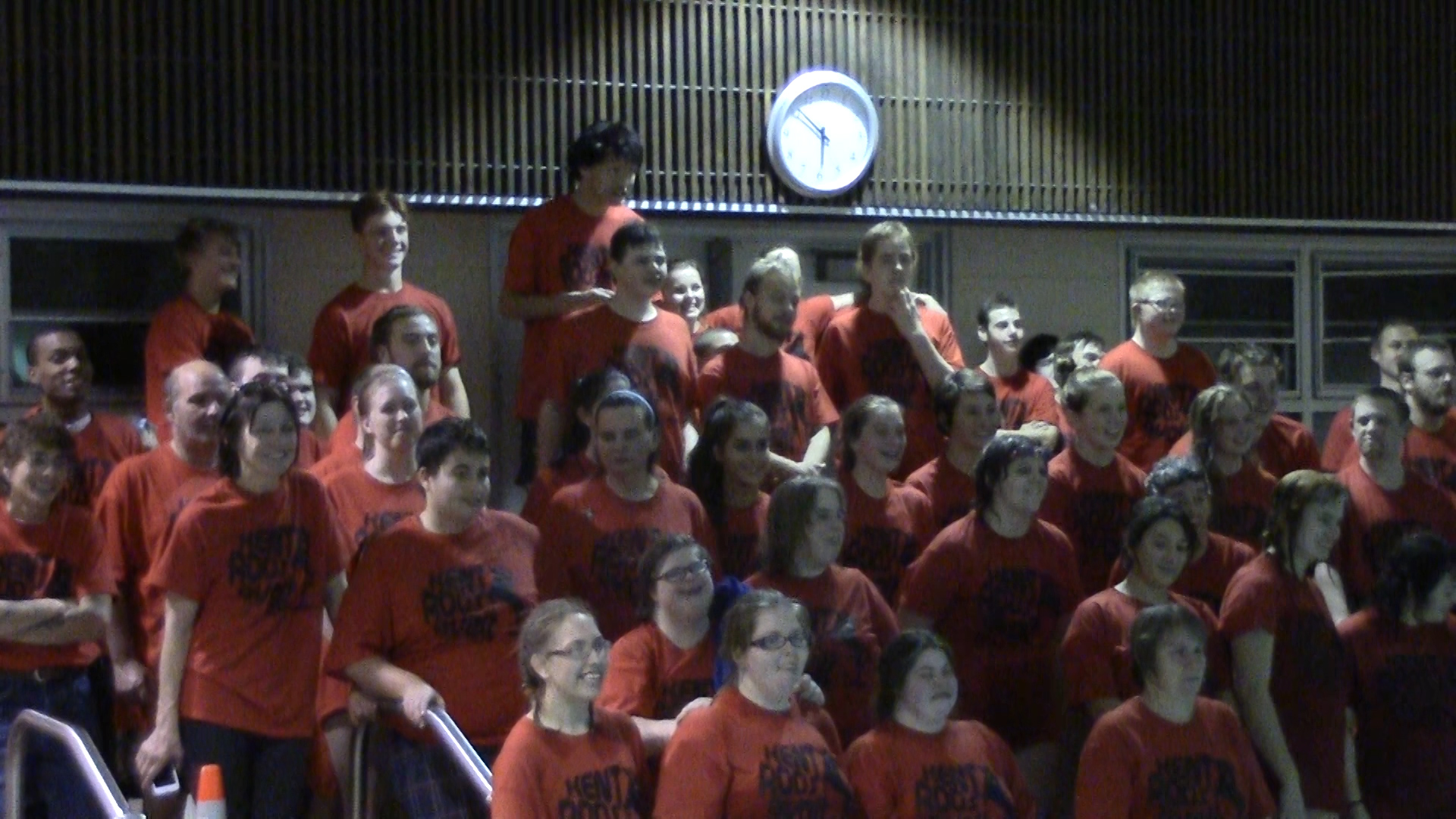 Have you ever had aspirations of becoming a high-class Olympic athlete? One local high school is making all of this possible for special needs athletes. As TV2’s Jon Huntsman explains, even if you’re not a naturally gifted athlete, it doesn’t mean you can’t compete like an Olympian.

It’s an event that brings out the competitive nature in all of us.

It’s a test of will, strength, dedication and perseverance. Sometimes, it’s all about overcoming your own personal obstacles.

Those with disabilities and special needs are able to participate in something similar called the Special Olympics. Like the regular Olympics, it features athletic events, such as track and field as well as swimming.

This past weekend, a local high school was able to give students an opportunity to show what skills they’ve got in the pool.

For the last 20 years, special needs athletes from the city of Kent and the Portage County MRDD have come together to compete in an Olympic-like atmosphere.

At the swim clinic, the athletes take part in a series of mini events. These events range from basic swimming drills to 4 x 25 meter relays.

There are six different groups that athletes are assigned to. The groups are based primarily on skill level and the age and/or sex of the individual athletes.

After 15 minutes of taking part in the event, the athletes rotate clockwise to the other swimming events.

Jake Ferlito, Assistant SPED Coach at Kent Roosevelt High School, works alongside the special needs athletes to keep help them in line and provide assistance for the kids as they go through the Olympic events. Ferlito said that the Special Olympics swimming clinic is a great way to teach athletes the value of hard work, competitiveness and being a team leader.

“It’s really a great thing to be around to see them get that chance to succeed at something and to compete and be a part of something like a team,” Jake Ferlito said.

There are about 50-60 students participating in this year’s Special Olympics, making it the highest number of athletes in the history of the program.

Linda Ferlito is the head coach of the swim team at Kent Roosevelt High School. Although Linda is a retired schoolteacher, the smiles on the kids faces brings her back to. Linda said the thing that she enjoys most about coaching the special needs athletes is the everlasting friendships they have with the regular kids at school.

“After this is over, you’ll see them in the halls saying hi, you know, knowing their name and talking to them so that they feel like they’re more part of the entire school community.”

In two weeks, the Kent Roosevelt Special Olympics Swim Team will take their talents to Columbus for the state meet. The group of athletes will be looking to take home the Gold and major bragging rights.

Win or lose, these students are the epitome of champions. A solid group of athletes who never let disabilities and illnesses get in the way of their dreams. This group has the fighting spirit of an Olympian.

The upcoming state meet will be a major proving ground for these athletes as they try to put their skills to the test.