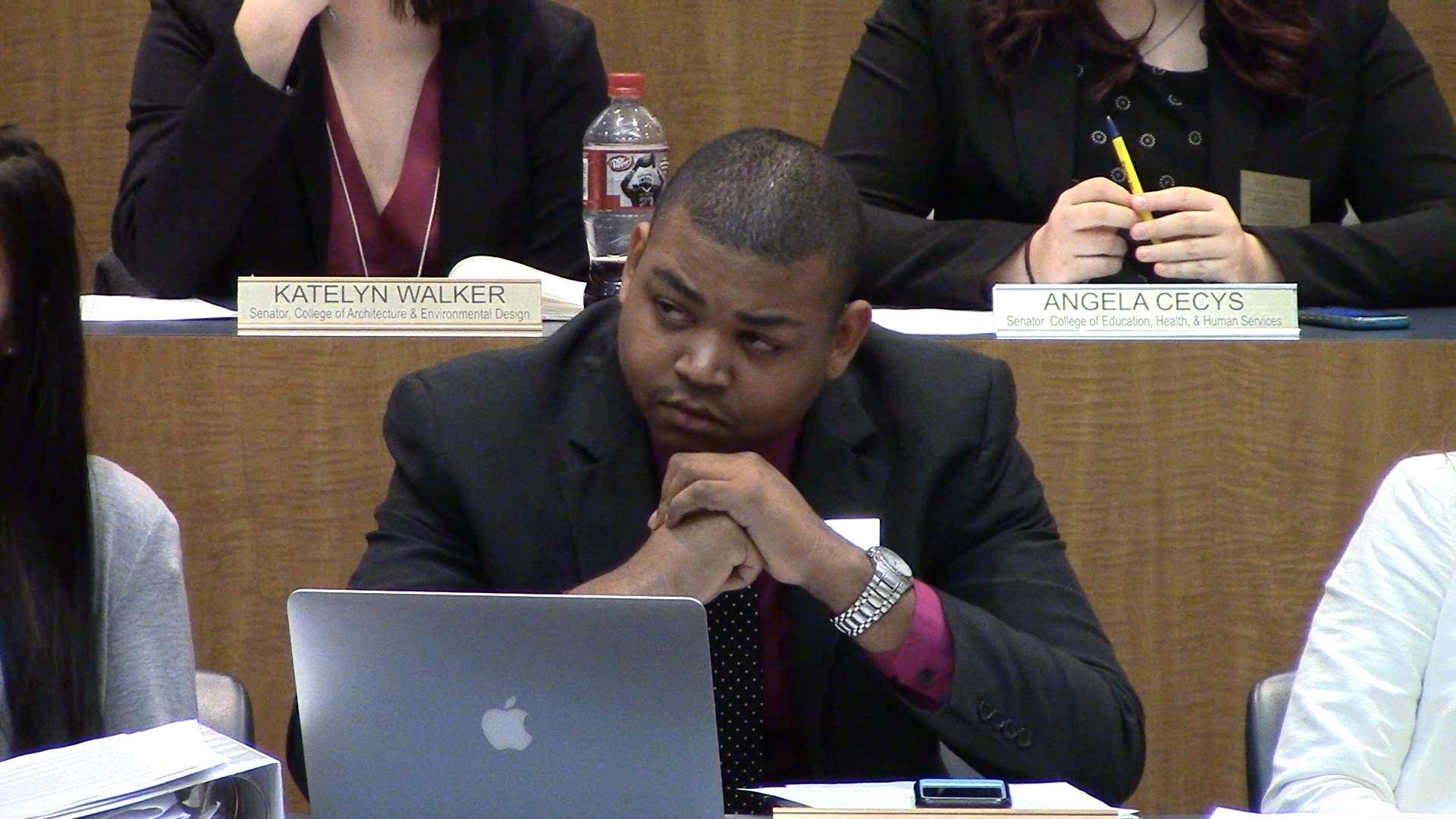 Nearly two weeks after Black United Students called for the resignation of two Kent State USG Senators, one of them is speaking publically for the first time. TV2’s Tyler Carey has the story.

During a scheduled meeting between member of Black United Students and USG Thursday night, Lewis reaffirmed his commitment to helping those he feels are “underrepresented” on the KSU campus. It was the first time Lewis spoke publicly has spoken publicly since BUS demanded the resignation of him and Senator at-large Lauren Buchanan back on November 12.

In their grievances to USG, two BUS members–including President Matthew Thompson–accused Lewis and Buchanan of making racially insensitive remarks during a meeting last October. Lewis allegedly said, “There are too many black people in here. I feel uncomfortable,” with Buchanan admitting she was thinking the same thing.

Buchanan has denied remembering her comment, but on Thursday night, Lewis claimed the actual remark was quite different.

“I saw a group of my close friends,” Lewis said, “and when I walked into the office, I said, ‘Wow. We’ve got a lot of black men in here.’ And that was the end of it.”

Lewis, who himself is black and a former member of BUS, added he feels the whole situation “really doesn’t even make sense.”

“I come from a black family,” he said. “In what way are we really having the conversation of [me] feeling uncomfortable in a room full of black people?”

Members of BUS present at the meeting were invited to give their thoughts on the situation. Most were not satisfied with Lewis’s explanation of events, saying they didn’t feel he could represent their interests as the Chair of USG’s diversity committee.

“When [these students] see someone that should be representing them, they shouldn’t…feel uncomfortable,” said BUS member Leia Bell. “Comments like this…add on to the burden of what it means to be a student of color in a predominantly white institution.”

The comments seemed to take a toll on Lewis, who wiped away tears upon conclusion of the meeting. He stood by his position not to resign, stating he would only do so upon the request of Executive Director Marvin Logan.

At the meeting’s conclusion, Logan said the matter may not be resolved before the end of the semester, but he believes progress has been made.

“It’s not being ignored,” he said. Our two organizations are working together to try to come to a positive solution.”