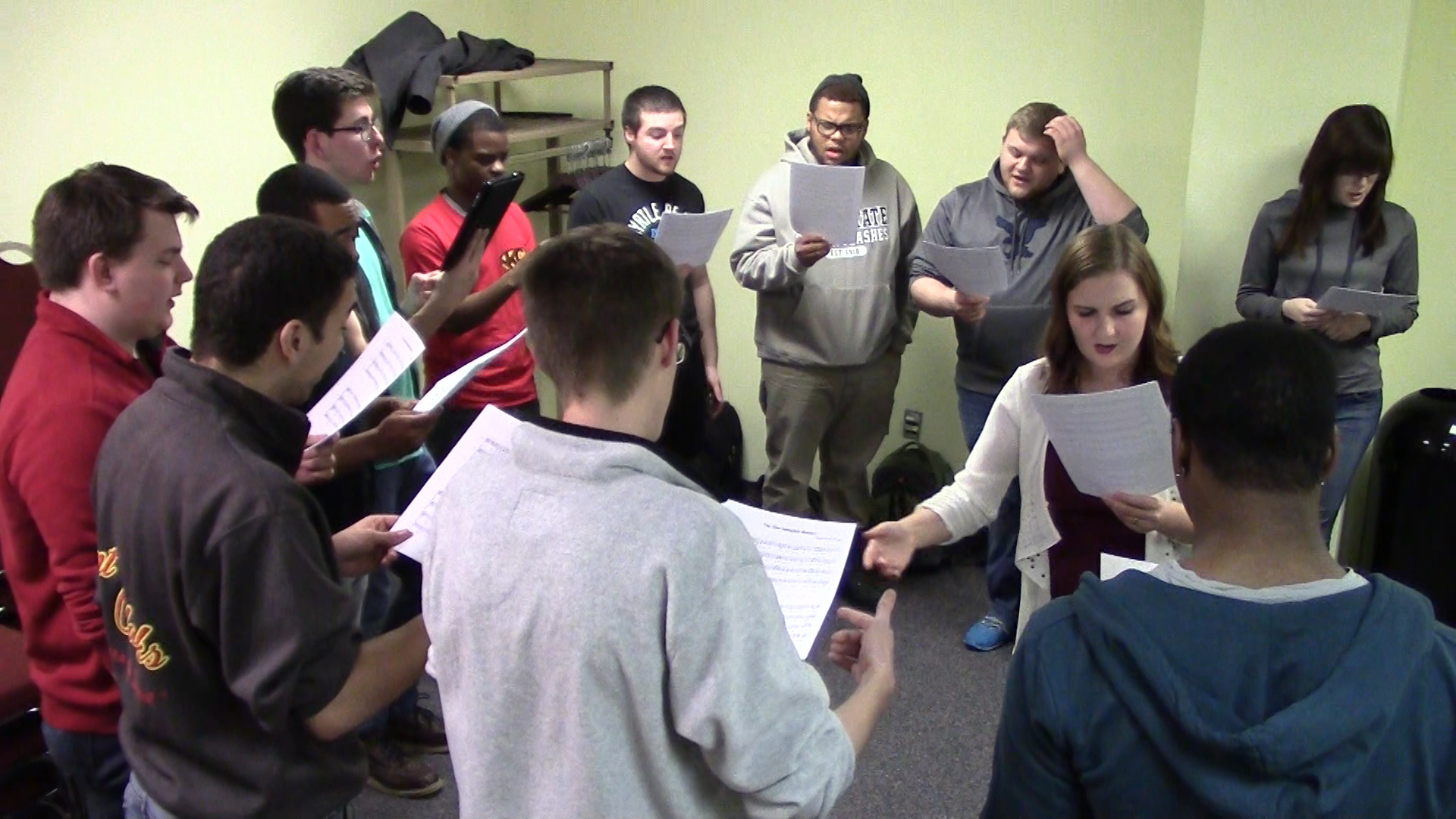 The cheapest instrument on the market is your voice. Who knows this best? Of course, it’s Kent State’s acapella group, the Kent Clarks. TV2’s Lauren Buchanan has more on how the Clarks recently took their voices to the national level.

[bbrvideo width=”350″ float=”left” caption=”The Kent Clarks are a student-directed acapella group at Kent State University. For the first time in their three-year history, they competed at ICCAs.”]BBR_01a_Buchanan_KentClarks[/bbrvideo]

The Kent Clarks became a Kent State musical token in 2011 when it was created by a group of five students, who at the time had no idea that the future of the group was just as bright as their voices.  Junior theater studies major Meagan Eishen joined the Clarks just a semester after it was founded. Eishen is currently the Kent Clarks music director and one of the few members of this acapella group to keep the group alive and most recently, very progressive.

The group for the first time ever in their three-year history competed in the ICCAs, a national acapella competition, at the beginning of February. Eishen was proud to announce that the Kent Clarks placed fourth out of ten teams.

Even though the Clarks are proud of their fourth place rank, they are determined to capture first place next year. The members’ favorite part of the competition was watching and listening to more experienced acapella groups.

Eishen claimed, “It’s definitely one of the most fulfilling things that we’ve done as a group, just all together and very family-oriented.”

The Kent Clarks held auditions right before going to ICCAs. Sounds crazy, right? Crazy smart that is. Nearly 50 aspiring Clarks auditioned, and six were welcomed to follow along and learn the ins and outs of “Clarkhood.”

New member Blair Gabalis was tickled to be able to tag along to ICCAs.

Gabalis exclaimed, “I went to ICCAs. I didn’t get a chance to actually compete, but I felt like we were walking into Pitch Perfect.”

While this was an “aca-awesome” learning experience for new members, it was also a time of reflection and satisfaction for senior Michelle Witek.

Witek has a passion for two things: horseback riding and singing. Being a Kent Clark has been the perfect mental escape for her from the stresses of college. Witek also loves the family that she has gained in the past three years.

Witek had tears in her eyes when she said, “In choir, you don’t really get that family aspect and when I joined the Clarks, it just felt like home to me. It was just so much fun. So, it’s been just like the number one outlet for me in the past four to five years.”

As any successful student group on campus, the Kent Clarks are growing, glowing, and graduating.