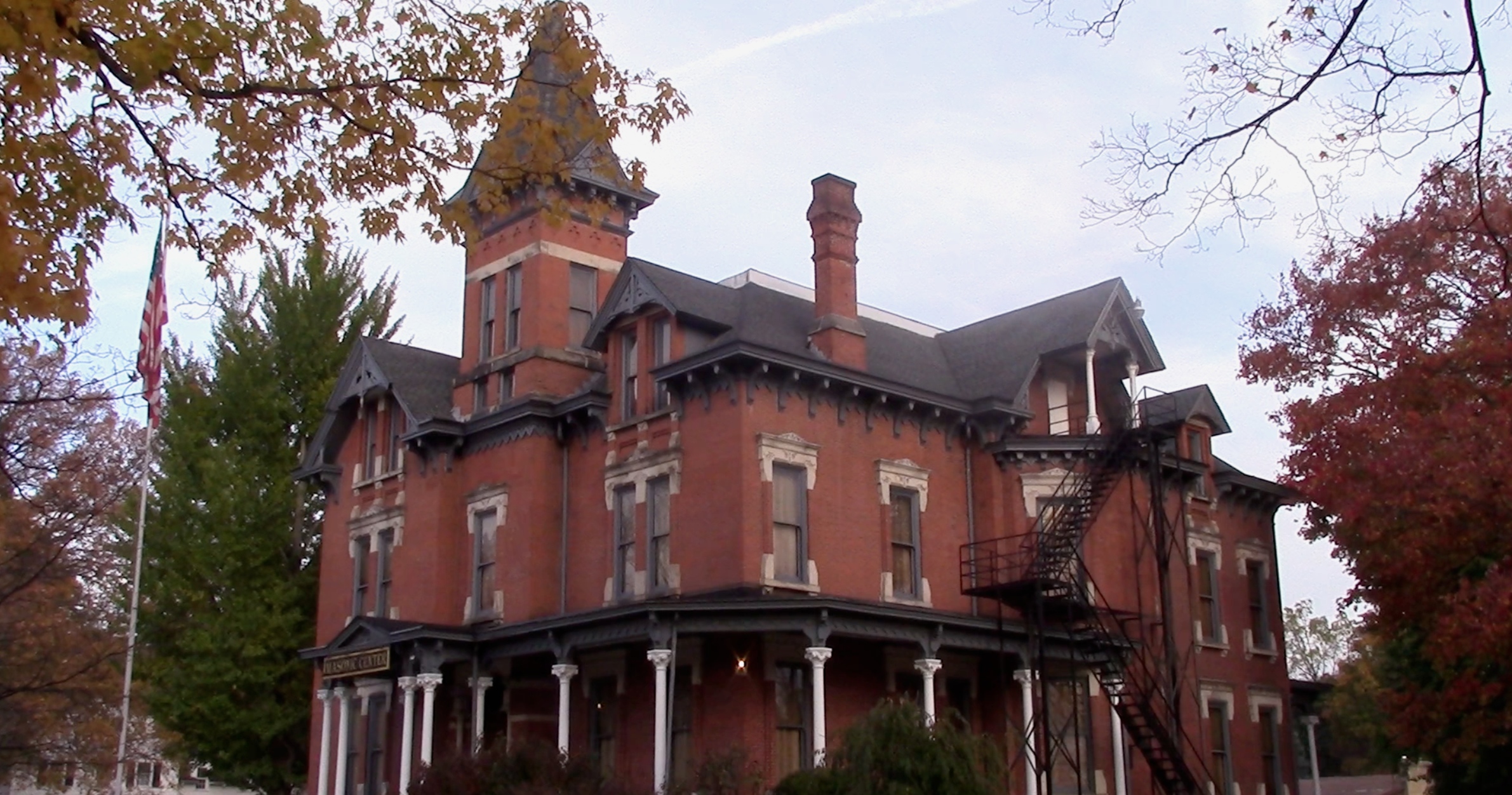 There’s more to the halloween weekend than students making their way down to the bars to drink. Kent, Ohio has a haunted past that is celebrated by many local business owners and haunted sites are in walking distance from Kent campus. Reporter Rachel Godin has the story…

As Halloween approaches, ghost stories of old are retold in the city of Kent, a place with a past…and present webbed with superstition.

Some of these places include 131 Columbus Street, where a live-in doctor unwillingly died, The Franklin Hotel and it’s recently renovated basement that is now the wine bar called Secret Cellar,
the large white silk mill on the outskirts of downtown kent, The masonic temple, where a young woman died by being burned alive by the kerosene cooker on the top floor, the hopewell mounds in Towner’s Woods, Empire Gifts and even a fraternity House, in whose retaining wall there is a headstone that you can see it if you look closely.

Richelle Charlton, co-owner of The Kent Stage, is one of many local business owners who unknowingly purchased a historic building for her business that had a lot more spirit to offer than she ever could have guessed.

In 1927, The Kent Stage was a silent film and Vaudevillian theatre.
In 2002 Richelle Charlton and her husband purchased the stage and, while renovating it into a live music venue, experienced encounter after encounter with what she says are spirits of the deceased.

Richelle Charlton says her haunts include Josephine, a brothel worker who entertained men in the 1940s in apartment four above the Kent Stage and Willy, a man who worked at the stage since the age of 15. When he was alive he said he would always be the guardian and today, Richelle says he must have really meant it, because she says brand new guests mention him all the time.

Incidentally, Richelle is also Kent’s go-to Haunted Historian. After years of paranormal experiences and deep research on Kent’s twisted past, Richelle works with a renown Ohio psychic medium to host annual Ghost walks. People travel from the coasts to visit Kent’s haunted places in the dark on foot.

“It’s not just any place that can be deemed haunted. These places have had unexplainable sighting, occurrences and recorded documentation over a long period of time by many, many people.”

The Pufferbelly Restaurant is another stop on the tour. The owner and manager calls his basement a dungeon. He said there is a playful spirit who just wants to play with the workers… in the dark….
He says he wasn’t expecting any unwelcome customers when he went into business. As a pair of fiddle-playing skeleton halloween decoration plays in the background, he smiled and said:

“Well, it’s definitely not something you go into business looking for… but I have to say it’s fun. We try to keep a positive attitude about it, what else can you do?”

Even the upper floors of his building, now renovated for businesses, are haunted and toured by Charleton’s haunted walks.

Whether you personally believe in dead spirits caught between life and the afterlife, Kent, Ohio is an unbenounced hot-spot for those seeking real-life interactions with the haunted.
For TV2 News, I’m Rachel Godin