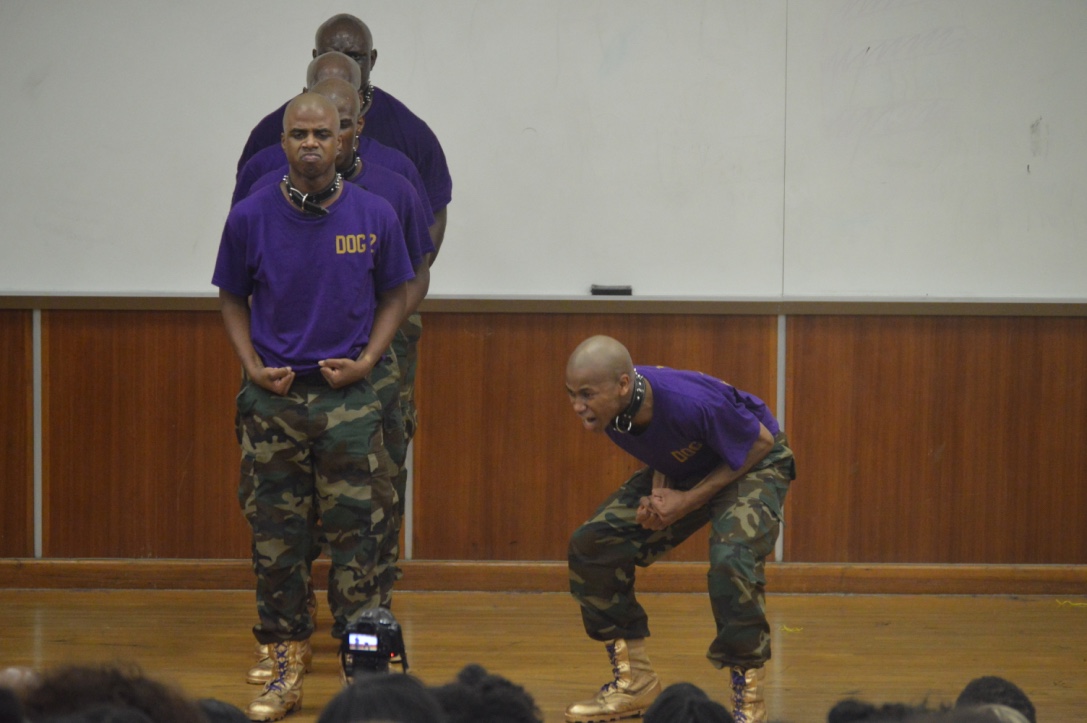 Omega Psi Phi fraternity was the first international fraternal organization. The fraternity was founded in 1911 at Howard University.  (http://www.oppf.org/home.asp ) The founders were Edgar Amos Love, Oscar James Cooper and Frank Coleman. These fraternal brothers were also the founding fathers of what became known as the Divine 9. (http://www.blackgreek.com/divinenine/) The Divine 9 is the Nation Pan-Hellenic Council’s organization of nine African American international Greek lettered fraternities and sororities. After the name was derived for Omega Psi Phi, the founders soon created the motto to represent the Omega Psi Phi men; “Friendship is essential to the soul,”. As mentioned by Rayshaun Mills these six words were essential to the representation of the organization and why future brothers may want to join.  “I truly believe the brothers in my fraternity are like family.” Friendship and brotherhood is one of the many characterizes fraternities and sororities alike, stress heavily. The individuals you cross with are brothers and sisters you will have for a lifetime.

As black Greeks continued to gain traction, the fraternities incorporated traditions that are evident throughout every chapter.  Introducing new member to audience who has no ideas who are crossing is known as probates.  Each fraternity and sorority have there own specific individualism that sets each organization apart from others usually fully displayed at functions like probates.   Color representation, fraternal hymns and personal antics, makes each of the organizations individually unique. The Que’s are associated with being “dogs”. They have dog collars, bright gold boots that accent their royal purple and are known for being very openly sexual as they wag their tongues around strolling throughout the school.  To the brothers of Omega Psi Phi, the characteristics associated with the fraternity have allowed many to stereotype the person they are.

From the outside looking when you hear “The Que’s”, you think three things: the traditional sexuality that comes from the brothers, crazy parties and for women, Que’s are dogs.” One thing that needs to be said is we are not dogs, we are Omega men.” Said Rayshaun. These are not the characteristics that the men of this fraternity want themselves stereotyped as. The six men of the Kent State chapter makes sure the world knows that offer much more. Becoming members of NAACP, Vice president of Black United Students on the Kent Campus and presidents of Greek fraternity and sorority’s chapters are some of the few accomplishments the men of Omega have achieved.

Many also say that joining a fraternity will open up many other doors for them which is one of the main reasons students join Greek life. It creates lifetime networking opportunities that students who may not be in a fraternity or sorority may not have access to and it gives some a family that some members have never had before.

In recent efforts here at Kent State the brothers of Omega Psi Phi have been doing their best to increase the black Greek life on campus. Bring tradition from Historically Black College or University (HBCU) to Publically White Institutes (PWI) . To kick off finals week the Que’s participated in a yard show involving all members of the Divine 9 who were in attendance to stroll and perform for the school.

Omega Psi Phi hopes to continue to increase black Greek life on campus and expand their own line of brothers to continue on with great omega men before them.