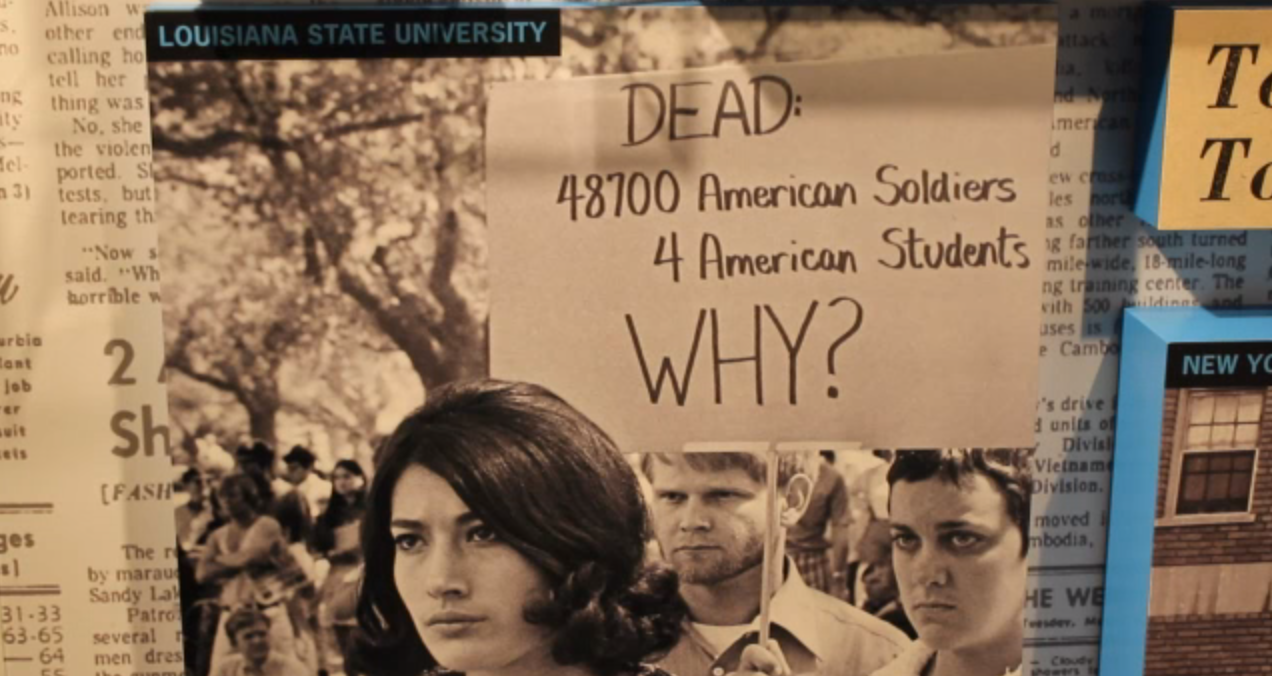 In today’s world violence is something that unfortunately, we have grown to accept. Spiros Tempelis has more on how Kent State’s most violent day nearly 45 years ago, resonates with current international students.

“The day the war came home.”

It was May 4th, 1970 and tensions were rising on the Kent State campus. Student unrest from President Nixon’s announcement of the invasion of Cambodia and the presence of the National Guard on campus provoked protests near Taylor Hall.

A group of National Guardsman fired upon a group of student protesters during a lapse of communication, killing four.

May 4th hits home for those of us aware of the events that transpired on that dreadful day. But what about those who are unaware of what happened almost 45 years ago? Those from other regions of the world who have no knowledge of Americas historical past, no matter how ugly some of it may be.

I spoke with Dr. Jerry Lewis, who was an eyewitness to the events that occurred on May 4, 1970, and is credited with saving multiple lives on that day. I asked him if personal region of origin plays a role in how the history of May 4th resonates with an individual.

“If they come from a culture where there isn’t a lot of student protests, then they’re more shocked by the shootings.”

In today’s world violence has become almost commonplace. With all the unrest in the middle east, accompanied by tensions with North Korea and Russia, a death of four may be overlooked.

The words school and shooting have almost become synonymous in the last 20 years, making those here at home as numb to violence as those who come from abroad.

“If you lived in Israel of something like that, a shooting of four people, as bad as it is, it would affect them but I feel that there a worse things going on. ”

Conor Florance’s opinion is an unfortunate truth. But those who lost their lives that day did not die in vain.

Because of the events that occurred on May 4, 1970, we as students know just how powerful our voices can be as a whole.