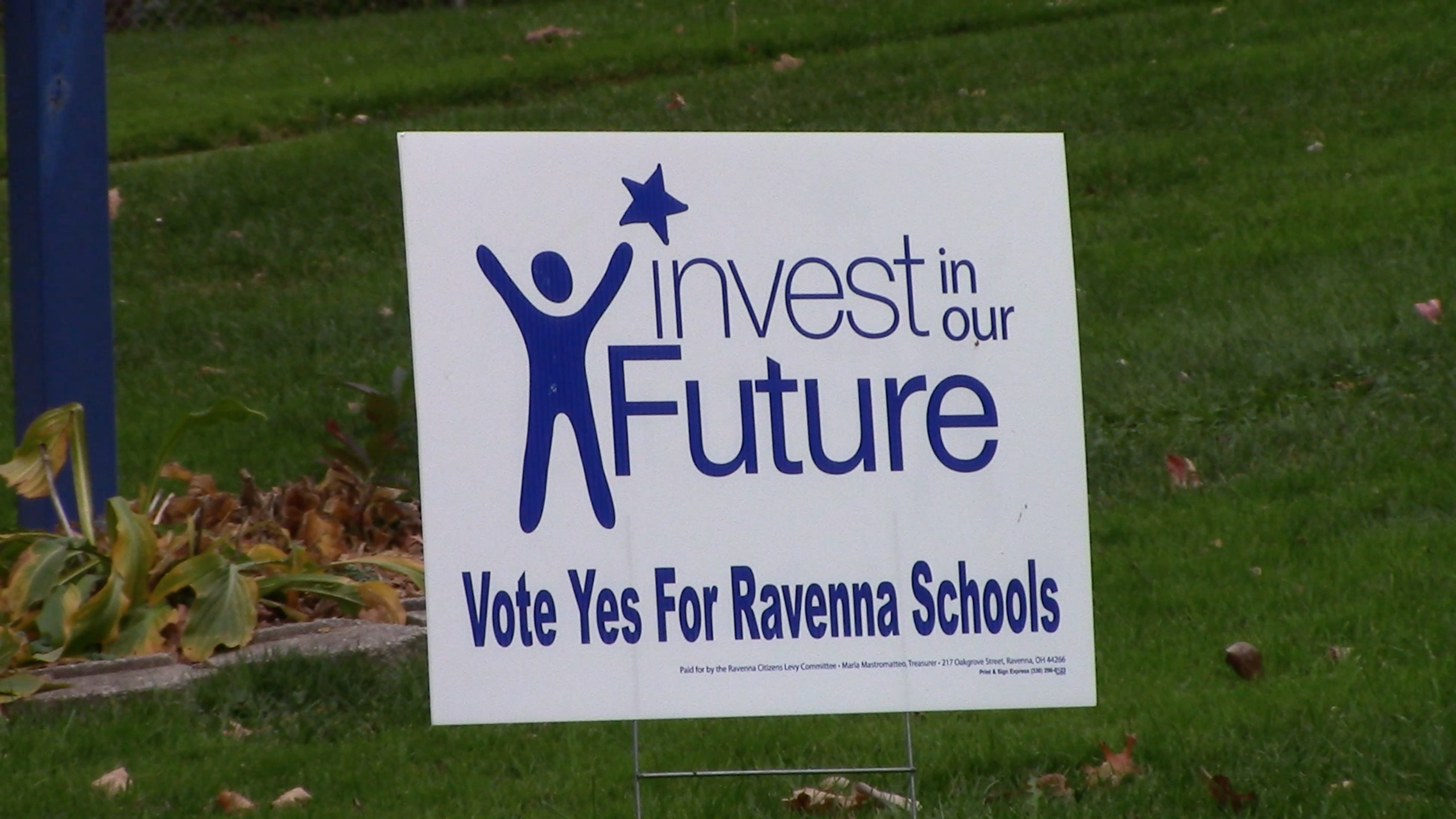 Several Portage County school districts have school levies on the ballot this year and Ravenna is no exception. However, due to tough economic times, the city has not passed a levy in nine years and despite a strategy change, this year may be no different. TV2’s Tyler Carey has more.

In an effort to increase operating revenues, and having failed to receive any new money in nine years, the Ravenna School district is trying a new strategy this election by splitting its school levy into two separate ballot measures to be approved by the voters.

According to the district, one levy (on the ballot as Issue 1) will be a 2.9 mil levy used exclusively for permanent improvements to some of the district’s older schools. The improvements include fixing leaking roofs at West Park and Carlin Elementary Schools, purchasing new buses and more up to date text books, and upgrading technology to meet testing requirements, among other things,

The second levy (Issue 2) is a 3.0 mil operating levy, which the district says will expand courses, reduce class sizes, and avoid the implementation of academic and participation fees. Both levies are five-year renewable, so the voters would have the opportunity to vote it down in 2019 should they not be satisfied.

Superintendent Dennis Honkala, the most vocal spokesman for the measures, believes splitting up the payments could improve the chances of passage, especially after a similar levy failed 55 percent to 45 percent last May.

“We’ve had several community meetings, and the community feedback we got was ‘Break out the levies’,” Honkala said. “We’re hoping with that community input, and the fact that we lowered the millage, people might be more prone to vote for one or the other.”

However, Ravenna has failed three times in the past year to pass a school levy, something Honkala and others place on the still rough economy Ravenna finds itself in.

They aren’t kidding. During the great recession, Ravenna saw its unemployment rate skyrocket to 11.6 percent back in 2010. While that number hovers around five percent, the city’s median household income still stands at roughly 36 thousand dollars, nearly 30 percent below the U.S. national average.

And even with employment numbers improving, jobs can still be hard to come by. The city took another hit last year when it lost nearly 200 jobs with the closing of its General Electric light bulb plant.

No one who is against the levy was willing to be interviewed, but even those who are for it acknowledge the difficulty of being asked to pay more when there isn’t that much to pay.

“It seems like the school districts keep going back to the well, ‘We need another levy, we need another levy’,” said Roosevelt Wagner, a Ravenna resident who himself is in favor of the levy. “If there are other options for them to raise funds without putting more taxes on the public, then I think they should explore those options.”

The state has yet to find another way, even though the current system of asking for levies has been ruled unconstitutional. The process frustrates Honkala, but he must work within the situation.

“Our kids deserve better,” he said. “Our adults have to take responsibility for making things good for our kids.