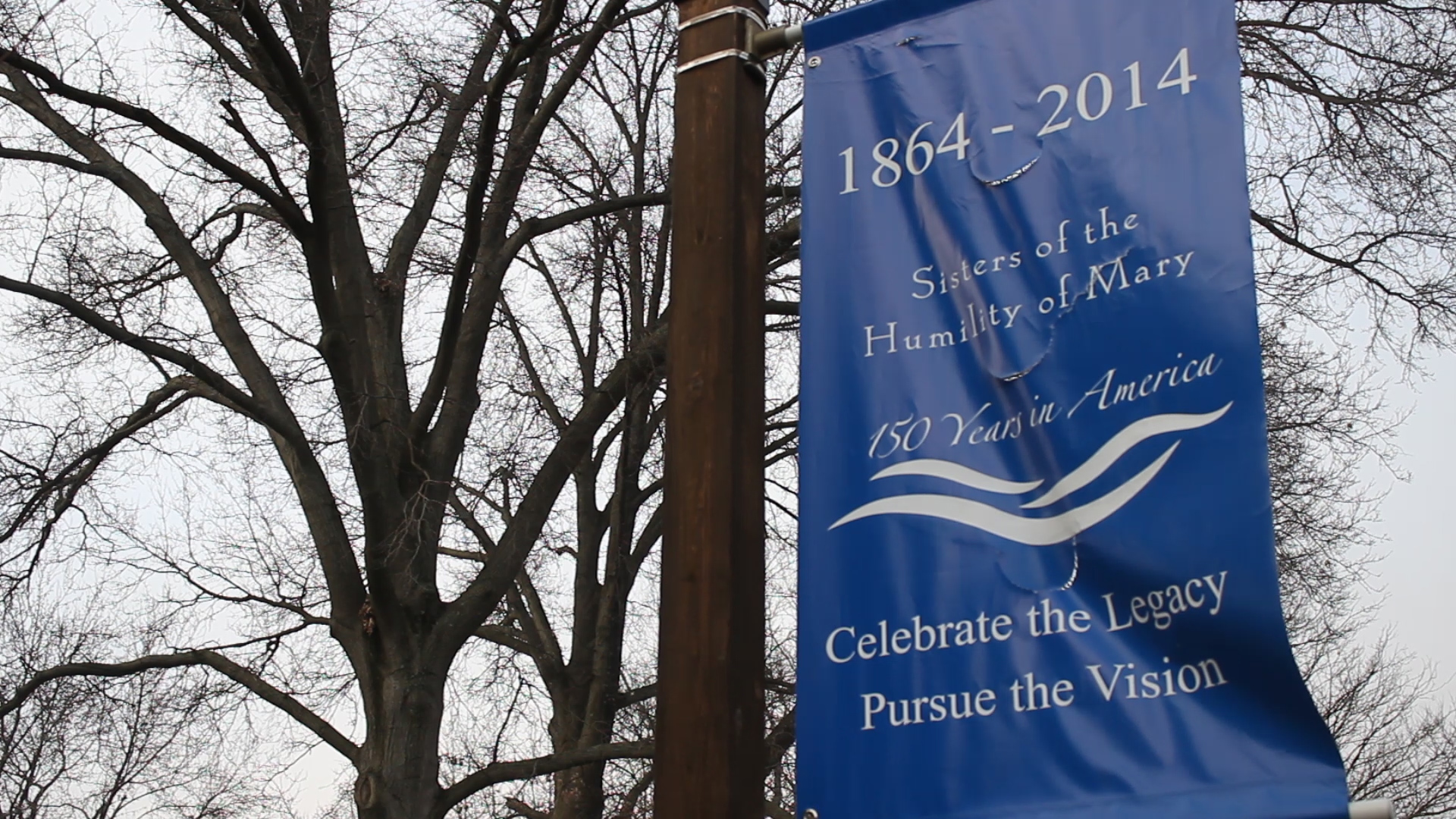 The Sisters of the Humility of Mary have lived on the Villa Maria, a plot of land in Pulaski Township, Pennsylvania, for over 150 years. Recently, fracking companies have tried to get the Villa to sign a lease for the property. The Villa opposes it, but is surrounded by properties being fracked. Watch and read more to find out how they are being affected.

Staying Smarter than the Frack

The Sisters of the Humility of Mary, a group of avowed nuns who own the Villa Maria in Pulaski Twp., Penn., are concerned about the potential hazards to their water supply and the impact that has to their ministries. If the water is contaminated, the Villa’s farm, residential areas, retreat and educational centers, and other areas of outreach the Sisters use their property for will be affected.

But they are continuously working to prevent that from happening. Eileen Mohr, an associate of the Sisters, is a retired EPA worker with over 30 years of experience testing water quality.

“I knew that I had the ability with the background I had to help out the sisters in terms of getting ready and being prepared for the fracking that was going to take place outside of their property,” Mohr said.

Mohr said the best thing for landowners to do to check for fracking contamination to their water is to test it before any fracking begins. Hence, Mohr tested the Villa’s water before the fracking began, to set a baseline contaminant level to watch for as the fracking process progressed.

From there, Mohr has tested the water quality over the last 36 months to ensure no contaminants from the fracking process are leeching into their wells. So far, the Villa’s three wells are clean.

“They have shown no impact from oil and gas drilling at this time,” -Eileen Mohr

But that does not mean the Villa is in the clear.

Villa Land Committee member and Humility of Mary Sister Mary Cunningham said, “Fracking, from what the consultants have told us, is just in the beginning stages. It’ll be here for at least the next forty years.”

While the danger of contamination during drilling seems to be averted, oil well linings could fail in the future, wreaking havoc on ground water in the area, the Sisters said. Hence, Mohr will continue to test the water in the future.

However, because water has been tested since before fracking began, Mohr is starting to test it less frequently.

“Since we’ve got a good basis now, five quarters, we’re cutting back to a semi-annual basis. So we’re going to do it twice a year,” Mohr said.

But that doesn’t mean the Sisters at the Villa can be any less vigilant about their water quality.

“If shortcuts are taken, if someone is trying to make an extra buck doing things improperly, there is the potential especially to harm ground water,” -Eileen Mohr

Mohr said if the water does become contaminated in the future, the Villa’s response would have to be drilling deeper water wells or having city water lines run to the property.

Mohr puts the effort into the Villa because she feels the land is special.

“The land is holy. It’s holy ground,” Mohr said. “[And] I’m really fortunate to have [the Sisters]. I couldn’t do what they could do. Conversely, this is new to them; it’s old hack to me.”

Pauline Beck is a lay-person and citizen of Pulaski Township, Penn. This is the story of how she ran for office to stand up to the fracking companies.