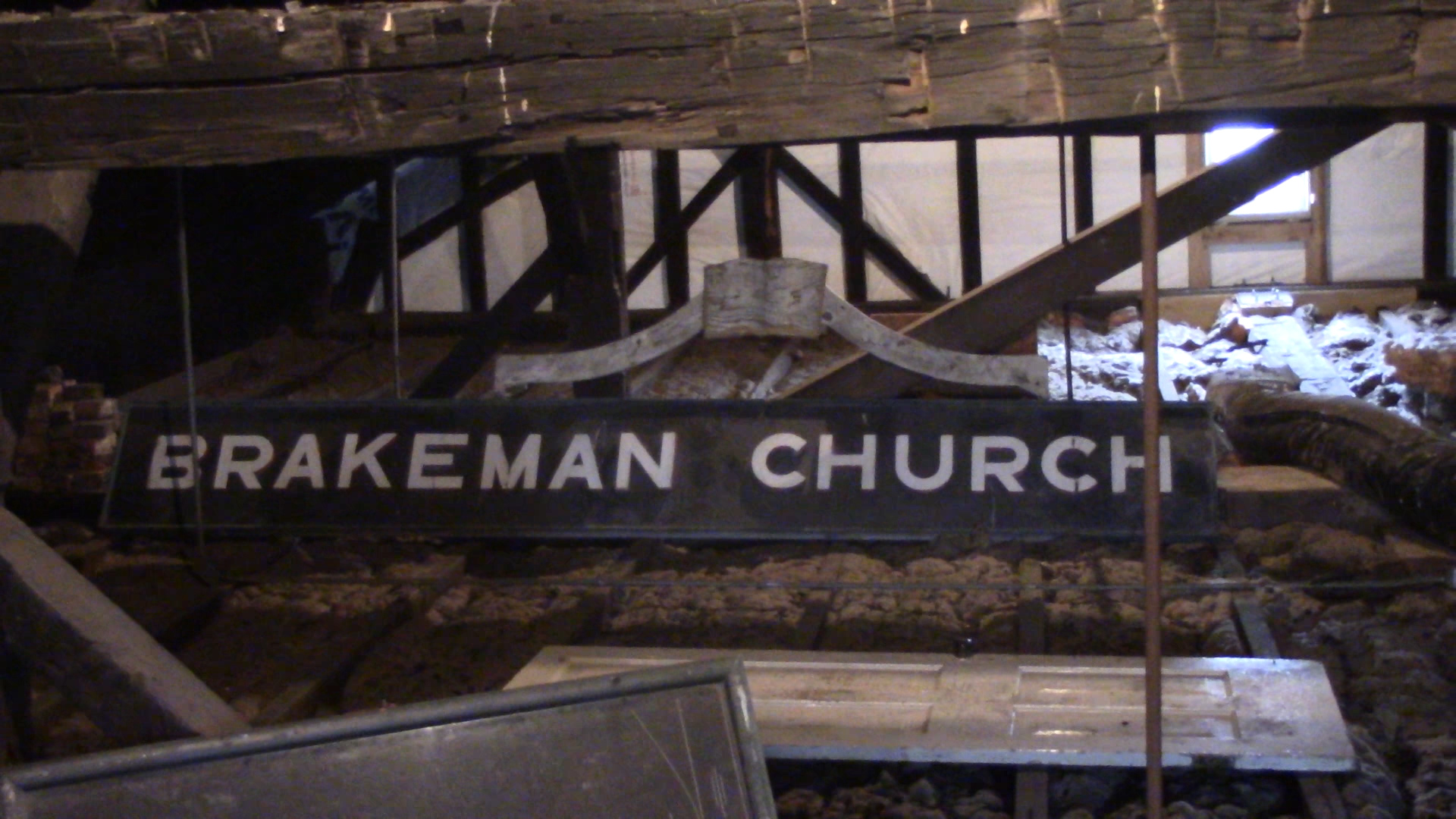 A historic Lake County building is getting some well-needed attention after the community takes action. Through the hard work of many volunteers and a few township officials, this building may be saved and restored after all.

The funds to rebuild LeRoy Township’s South Meetinghouse are insufficient to continue renovations. Today the South LeRoy Meetinghouse is still home to the LeRoy Heritage Association and the building has fallen back into despite.

LeRoy Township, along with its Heritage Association, is trying to raise awareness along with significant funds to restore the building’s interior and exterior. LeRoy Township Trustee Heather Shelton and State Representative Ron Young secure $25,000 to replace the support beams, siding and paint on the south side of the building last month. The Heritage Association donated  insolation to help cut back on heating expenses.

“We are happy to have local wood go back into the building, just as Henry Brakeman cut those beams from the surrounding area.”

“We are happy to have local wood go back into the building, just as Henry Brakeman cut those beams from the surrounding area.” All the lumber that was used in this project came from two donated trees from the Shelton property.

Still the meetinghouse has four remaining phases to go, until the building is fully restored. Money for these projects still seems to be the biggest problem facing the South LeRoy Meetinghouse.

“We just want to preserve this building and what is in it, to just kind of remind residents of the pioneer spirit of Henry Brakeman, and those who helped him build this,” Watson said.

“We just want to preserve this building and what is in it, to just kind of remind residents of the pioneer spirit of Henry Brakeman, and those who helped him build this,” Watson said.

The Township and Heritage Association would like to see the building done by LeRoy’s 200th anniversary in 2020.

The buildings history dates to1822. It took Henry Brakeman and his sons 10 years to complete the South Leroy Meeting House.

The building frame is constructed from locally grown trees. Henry and his sons spent many hours out in the northeast Ohio weather constructing the building. Even before completion the building, it was used on many occasions. At this time LeRoy Township did not have a town hall, so public meetings where held in the building.  According to Lori Watson “the meetings would be held on the one side of the meetinghouse, while the material and tools were stored on the opposite side.”

Once the LeRoy Town hall was built; Henry Brakeman deeded the property and the building over to the Methodist Church.  The Methodist Church would continue to use the building for many years. Many community organizations continued to used the meetinghouse, Leroy School being one of them. Leroy School was a 1st to 8th grade facility, and after 8th grade the graduations ceremonies would be held on the stage in the Brakeman Church.

As time moved on the meetinghouse did not change, Sunday services were still held there and the community volunteers continued to make the church their home. Back in the 1940’s was the first time the Township almost lost this historic building.

Every Sunday before the services would start, a church member would come up to the building, and get a fire going in the woodstove, so the church would be warm by the time people started arrived. In the morning a member would show up and get the fire going and would return home to prepare to prepare for church. Once the  congregation returned that morning, the entire attic of the building was on fire. After extensive water and fire damage the church community returned the 120 year old building back into the simple country church, but leaving the attic charred.  Lori Watson, was told by wood workers, that the charred beams in the attic helped to preserve the building for all these years.

In 1964 the congregation moved out of the Brakeman Church and built a bigger building down the road called the LeRoy Community Chapel. For years the old Brakeman Church sat empty, and vandals took advantage of that. They smashed the windows out, threw eggs all over the inside and broke the pews. In the mid 70s the fire department deemed the building unsafe, and it was to be burned.  Local township trustees and members of the community formed together to save the old historic building.

The LeRoy Heritage Association was formed and their mission was to restore the building back to its original manner. After all the restorations were complete the South LeRoy Meetinghouse was put on the to National Register of Historic Places. The two organizations are always looking for donations; their GoFundMe account is online for local residents to help save the meetinghouse.