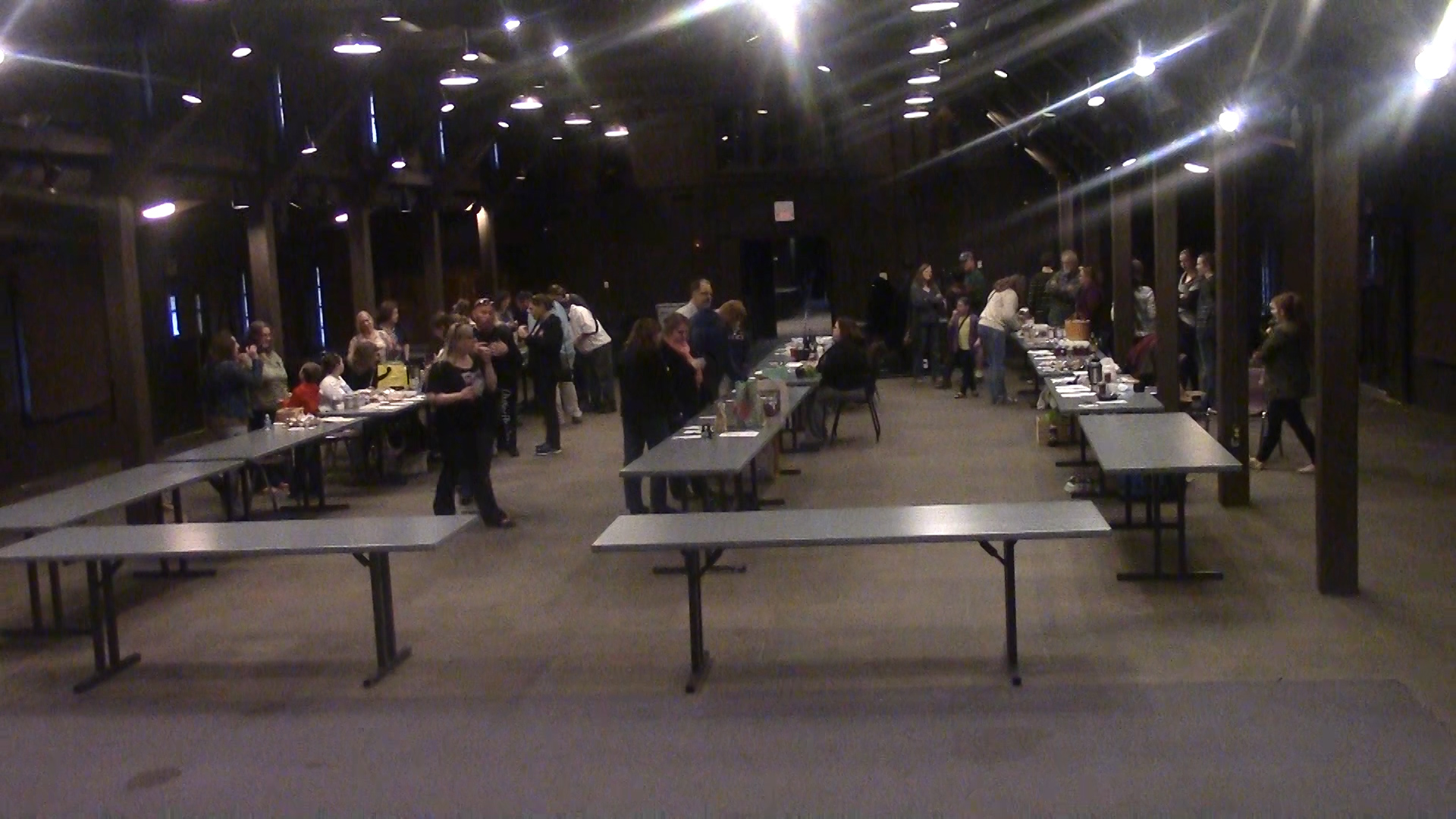 Anchor Lead: What do you get when you combine a grocery store, swap meet, and silent auction all into one? A food swap unlike any other. With interest in local food on the rise, more and more people are coming to a local food swap. TV2’s Patrick Shade has the story.

Objective Track: The sound of the crowd at Happy Days Lodge in Peninsula.

You may think it’s an audience getting ready for a concert.

Surprisingly, they’re instead preparing for a Food Swap.

The Food Swap is run by the Countryside Conservancy, a group operating under a unique partnership with the Cuyahoga Valley National Park. Vendors sign up to attend, and bring products such as alcohol, eggs, and homemade preservatives. With each product is a sign-up sheet where the vendors can make their best offer of another good.

Heather Roszczyk, Education and Marketing Manager at Countryside Conservancy, says that the Food Swap has allowed attendees to open up to new things.

Heather Roszczyk: “We’ve had several people that have said, you know, a lot of times, when I hear what people are bringing, it doesn’t sound like something I would like, but then once I taste it, I really like it, so it’s expanding people’s palette, and just opening them up to everything that food has to offer here in Ohio.”

Stand-Up: Right now, the vendors have been asked to return to their booths and take a look at the swap sheets, looking over all their deals. Although they haven’t been asked to swap yet, once they do, officials tell me that that’s when the swap meet gets it’s most hectic of the evening.

Objective Track: Vendors rush quickly to other tables in hopes of obtaining the deal that they wanted. Some of them have sold out of their goods as quickly as 5 minutes.

Tabitha Radzik, a stay-at home mother, brought along for the first time trees and plants to mark springtime. Since first coming, she says that the Food Swaps have helped her in many ways.

Tabitha Radzik: “It’s given me a lot of good feedback on what people like, what people are looking for, and it’s motivated me to try new things.”

Objective Track: The last item bagged and the last chair removed signal that the Food Swap is officially over for now-until next month’s begins.

According to Heather Roszczyk, the idea for the Food Swap began when she saw an article on a food blog called Eating from the Ground Up that talked about a Food Swap in New England. Roszczyk said that Countryside Conservancy liked the idea, and decided to do it since no one else was doing it in the area.

The first Food Swap operated in January of 2013, and had an attendance of around 25 people, which thrilled Roszczyk. Today, around 50 people show up monthly, which now include a core group of regulars.

With the increase in attendance has come an increase in the variety of products, which according to Roszczyk now includes everything from eggs via backyard chickens to pickled items. Roszczyk says that the most popular items are alcoholic beverages and sweets.

“There was a flowerless chocolate tart that was here today that was amazing. I think that some of the people that bought those home didn’t even make it home with it,” said Roszczyk.

The vendors also play a big part in the Food Swaps as well. One vendor, who’s a stay-at-home mother by day, becomes a vendor one night a month.

Tabitha Radzik’s best friend Elizabeth first told her about the Food Swap last year, making her first trip last May. Radzik’s excitement of sharing her Ring of Health herbal teas turned into selling seasonings and plants from her homestead.

During the April Food Swap, Radzik brought along trees for the first time to take advantage of the Spring season.

Radzik described the response from the vendors as “Better than Expected.”