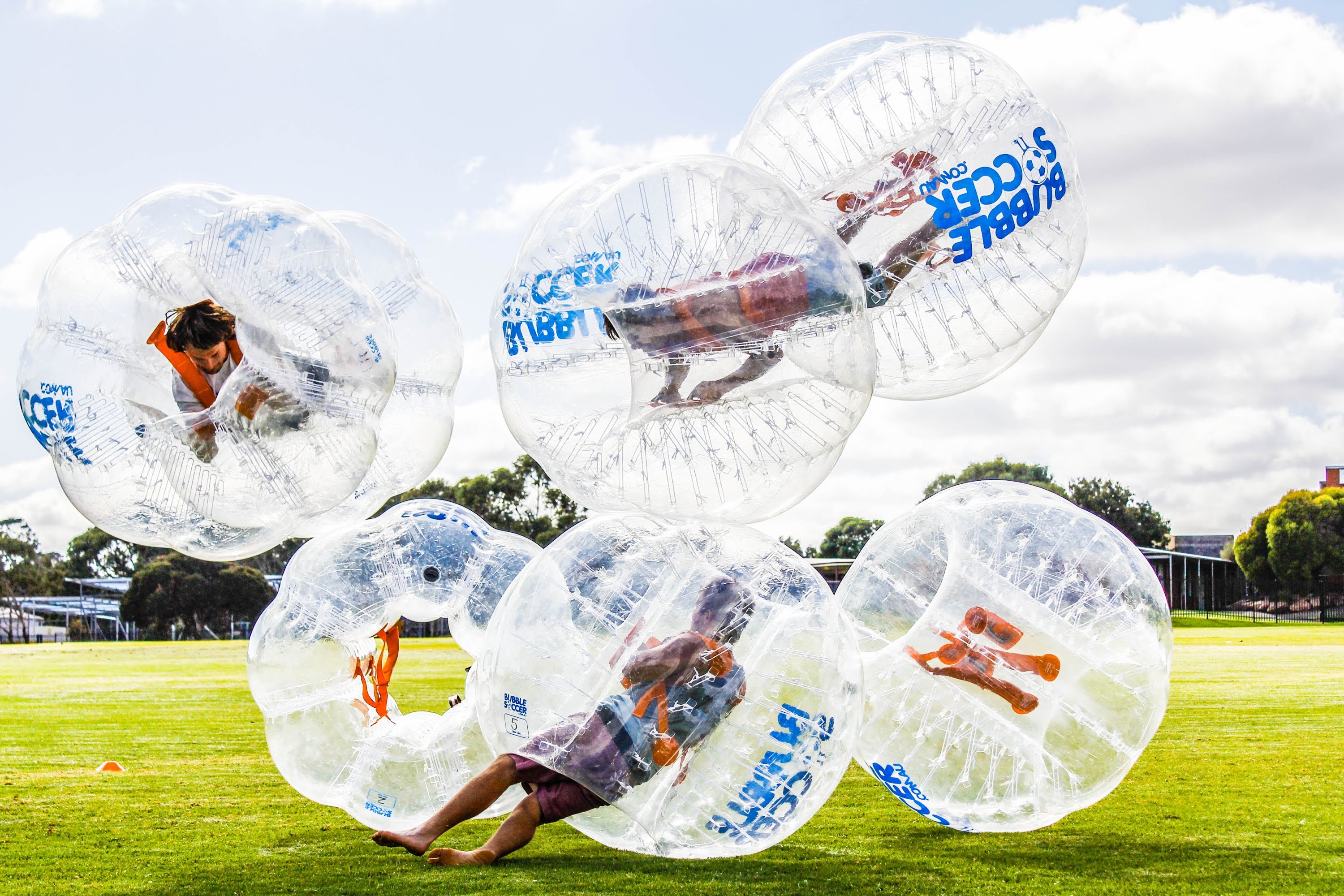 ANCHOR INTRO: On April 23rd Kent State university HELD ITS 21ST FlashFest on campus. It’s and event that gets most of its attention from the free concert every year, but that’s not all that Kent State’s Undergraduate Student Government has planned for the day. Reporter Justin McKinney found a new sport that has potential to be the next big thing on campus….

Kent State University recently held its 21st FlashFest on campus. Although the popular attraction is always the concert, but Undergraduate Student Government (USG) always has other events planned.

One of those such events was called Bubble Bump Soccer and it was on the student green in Rizman Plaza on the 23rd from 2:00-4:30 p.m.

USG partnered with Recreational Services to complete the deal that would allow Kent State to purchase over a dozen Bubble’s from Frederick Indoor Sport Center. The purchase came with a one year warranty that allows Rec Services to get new bubbles if need be.

Phelan Fletcher is the Intramural Sports Coordinator for Rec Services and was heading the event. She was a proud supporter and could be seen recruiting kids to play in between classes.

It was a chilly day, but that didn’t slow down students who were constantly kicking the ball around and bumping into one another.

I even was able to get in on the action and play a game for myself, which by the end of the game I was asking for a glass of water and a respirator.

Bubble Bump Soccer is a great workout. 10 minutes in the bubble is equivalent to 30 minutes of a an aerobic workout.

FlashFest supplied us with a great concert, some lectures, and now a new sport that will be a mainstay on Kent State University’s campus.