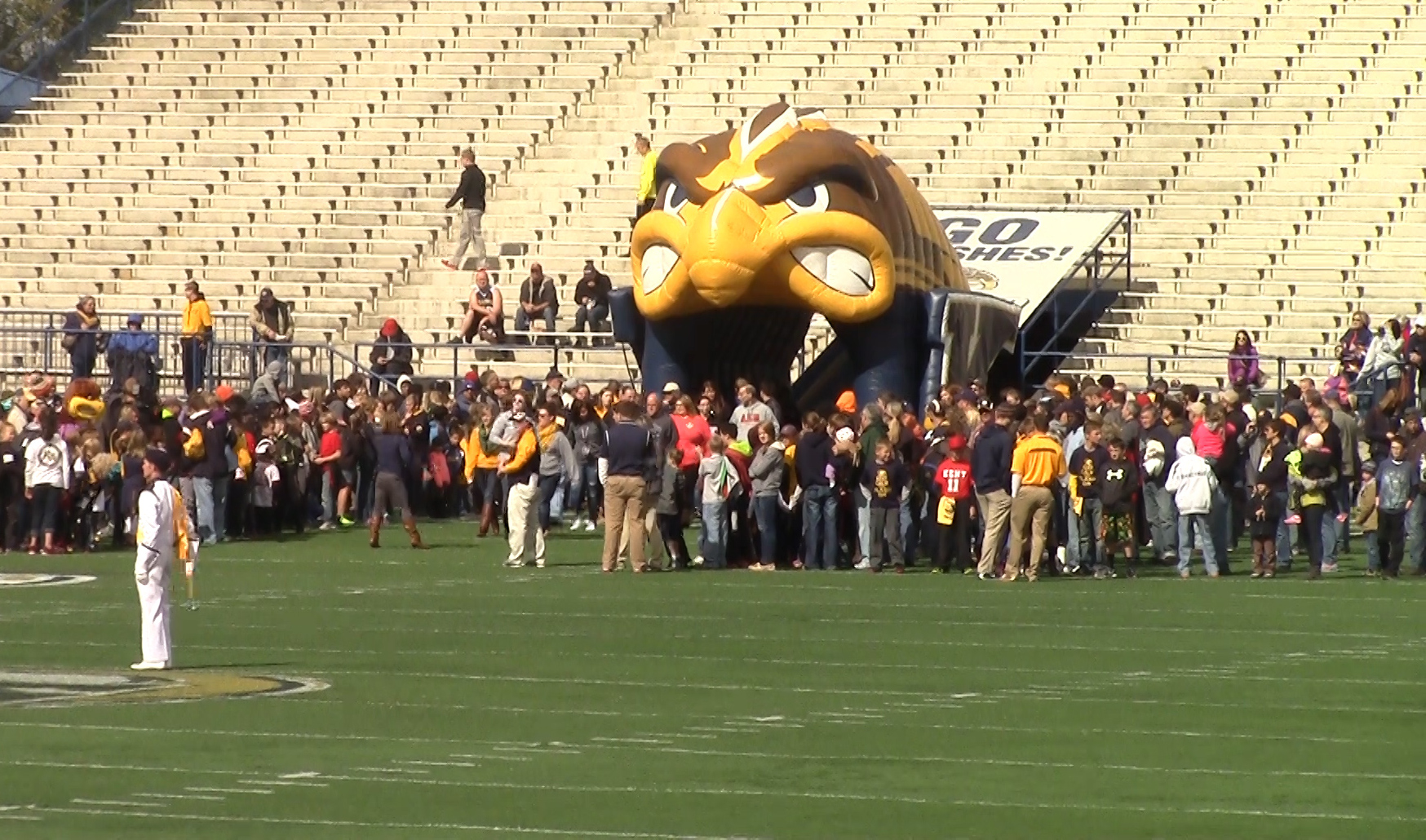 Over the weekend, the Kent State football team welcomed UMASS for a battle between winless teams. Regardless of the outcome, it was a win-win for Kent State and the Kent City School District. TV2’s Jon Huntsman has the story.

Football is a game that helps bring communities together. And that was no different on Saturday for both Kent State and Kent City Schools.

Thousands of fans gathered for more than just a football game. They came because of another reason: Kent Schools Day.

Kent Schools Day is a day dedicated to the Kent City School District. It recognizes students and staff for their outstanding accomplishments in the Kent City community.

Through meetings with the Kent State Athletic Department, the idea of a Kent Schools Day took flight. Joseph said it felt good being recognized by the athletic department at a big sporting event

“They’ve have been so wonderful to recognize not only our school district, but our athletes,” Joseph said.

“Several people from the athletics department have really helped us benefit and collaborating with us to make this a great day.”

The day could not have been possible without Heather Cook.

Heather Cook is the Director of Fan Experience for Kent State athletic events. Through conversations with the superintendent and assistant superintendent, Cook was able to get the word out about Kent Schools Day.

From discounted tickets and flyers, students and families were able to attend a game while also showing off their schools pride. Cook said she was pleased with how the kids handled the game festivities.

“It turned out well,” Cook said.

“We wanted these kids to come out and experience a college event and I think we’ve achieved that.”

The excitement shown by the athletic department staff was also evident in the parents of Kent City Schools.

Dan Dsidocky is a proud parent residing in the heart of Kent. His two sons play flag football for Kent City Schools.

Dsidocky’s family has attended every Kent State home football game this season. With it being Kent Schools Day, Dsidocky said it’s a chance for Kent State and Kent City Schools to reach out to each other in a big way.

“I think it’s more of a community outreach, you know, from Kent State to Kent,” Dsidocky said.

“It’s kind of more of a community thing.”

Right now, nothing is set in stone for Kent City Schools and Kent State to come together again. However, Cook hopes that this collaboration effort will carry over into the spring semester, when the Kent State men and women’s basketball teams kick off their 2014 campaigns.