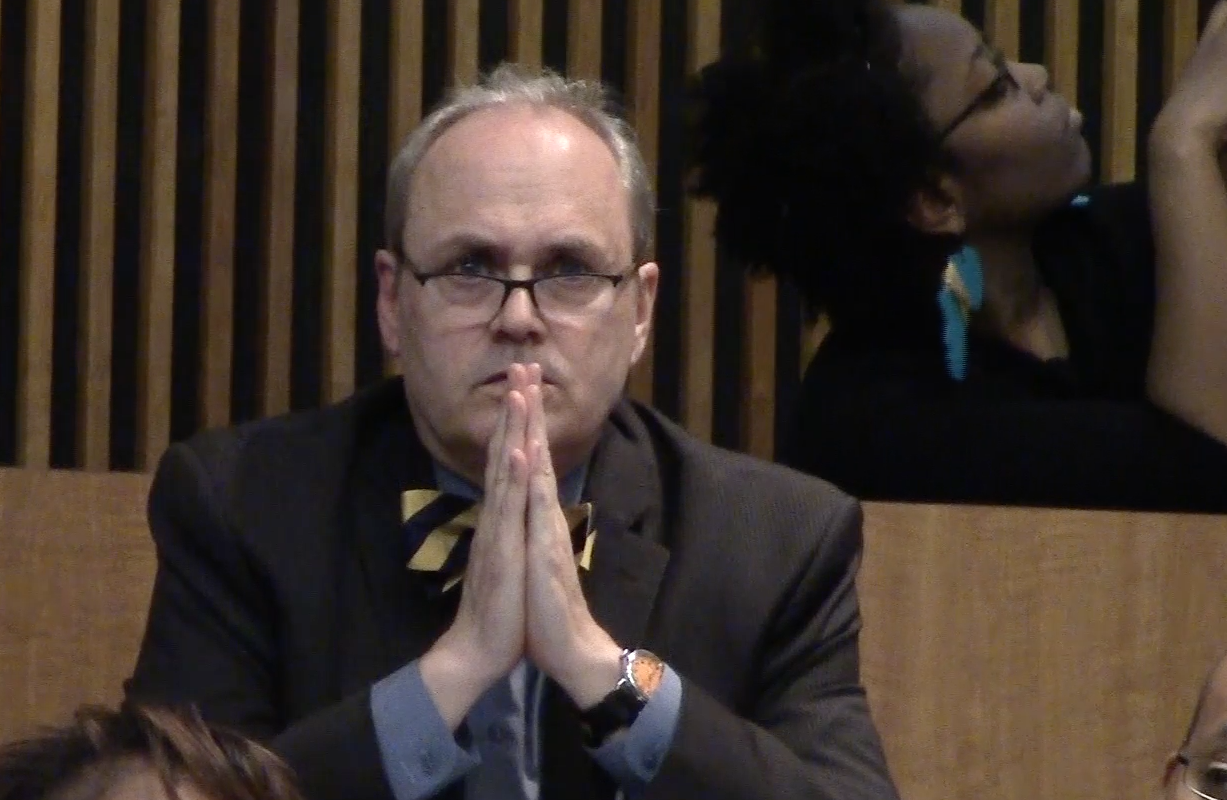 As a follow up to the protests held at the April 13 Faculty-Senate meeting, students from a number of organizations organized a student forum to discuss their concerns of racism, acceptance, and a general feeling of being uncomfortable as Kent State students of color.

Kent State University Provost Todd Diacon was greeted by more than just cold weather last Wednesday. He was also greeted by a distraught outcry from the many students of color who showed up to the student forum to voice their concerns on black and brown issues on campus last Wednesday Afternoon.

However, students felt that Provost Diacon had no desire to hear those concerns as the provost actually walked out in the middle of the forum citing that he had another meeting to attend.

As the speaker requested resolutions from the provost in the form of civil meetings and funding for the Department of Pan-African Studies, Diacon stuffed a piece of paper into his suit jacket, apologized, and walked out of the governance chambers.

This prompted outcry from the students who shouted questions after him such as “Do black lives matter to you” and “Does diversity matter at Kent State?”

Their questions went unanswered, however, as the provost was already gone.

This did not sit well with student who already had a poor perception of him. Former Undergraduate Student President Marvin Logan spoke out on how important body language and appearances could be.

“Everyone’s perception is their reality.” Logan said. “So, if they perceive that you do not care and you do not value them, then to them you do not and you should always be mindful of those things particularly because those are things you teach us in our classrooms.”

Provost Todd Diacon was unavailable for comment, however, the university did release a statement in response to the protests and forum.

Kent State University has a long history of open dialogue and free speech, and we respect our students’ right to expression. It is always important for students to be able to share their thoughts and concerns with the administration and be heard.

While some administration members were open to listening, the one administrator whom students were looking forward to hearing from most seemed unavailable.

President of Focus on the Future Autumn Talley, who gave a rousing speech at the event did not feel as though the provost reacted properly.

“He made me uncomfortable,” Talley said. “He didn’t bring a good energy.”

Students left the forum proud of what they had done, but disappointed in the provost’s reaction.