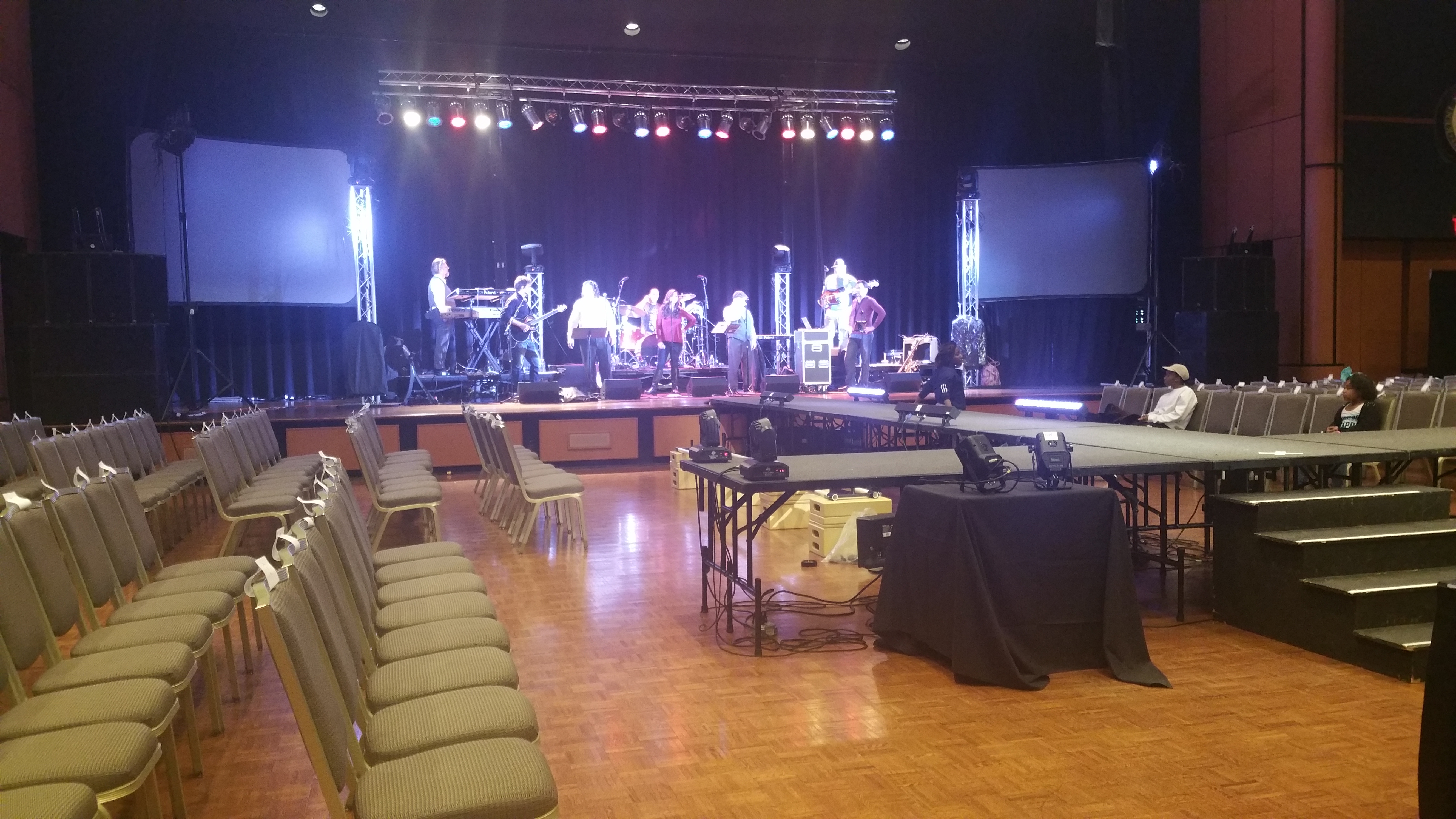 The audience at Rock the Runway participated in choosing the winner of the show.

The 11th annual Rock the Runway Fashion Show took place this past Saturday at Kent State University. Seventeen design teams competed for the grand prize of a $2500 scholarship

One design team, The East Coast Dolls, had a design trio. According to Fashion Design student Melanie Martin, the name of the group is a combination of all the designers living on the east coast and one other inspiration.

“We went and modeled after a mix of the Pussy Cat Dolls, Beyonce and Michael Jackson kind of look with studs and leather,” Martin said.

“Rock the Runway had a lot of audience involvement this year. Outside of the regular judging panel, audience members had to “text” to see who would be the next Rock the Runway winner.”

This year’s event had 4 judges to critique what team used the theme Boy Bands and Girl Bands. According to R&B group member Mark Calderon from Color Me Bad, this is his first time being a judge.

“Back in the day when we did our styling, my wife had put it all together and I got some ideas from her. If they are doing the whole boy band thing, I got a little idea on how that works. Its all about the colors. Colors were big back then,” Calderon said.

“You brace yourself and your re like alright everything will be fine. The lights are so bright and it helps because your can’t see the people as much and it soothes your nerves,” Park said.

The show featured TLC inspired design and even the spice girls. Who knows what next years theme for Rock the Runway will be. For TV-2 KSU, I am Portia Booker