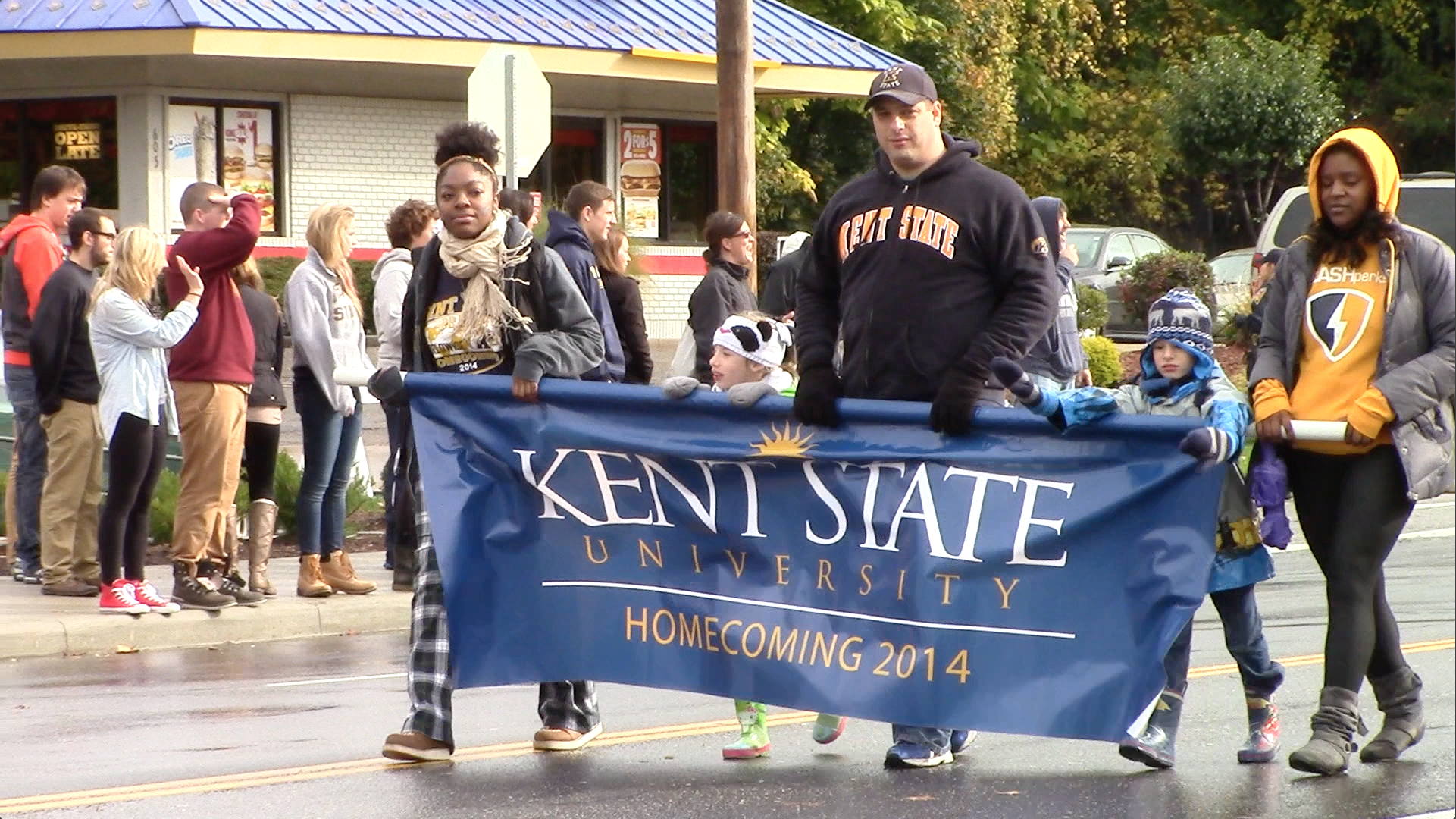 This past weekend Kent State University held its annual homecoming celebration. It was a time of remembrance and reflection for the thousands of alums who came back, and for KSU, it was a chance to make a good impression. TV2’s Tyler Carey has the story.

It’s the time of the year when colleges across the United States hold their annual homecoming celebrations, a tradition that began at Texas’s Southwestern University in 1909. This past weekend, Kent State University formally welcomed back its alumni.

For people like Jim DeVincentis (KSU class of ’75), it’s a chance to reconnect with old friends and remember “the good old days.”

“You remember coming here as a boy, and leaving…as a young man,” DeVincentis says. “A lot of your development socially and academically and physically–if you were an athlete–happened here.”

With an estimated 15 to 20 thousand alumni returning to campus, the university must do a lot to engage its current and former students. This year was no exception, with events like Friday’s Alumni Awards banquet, the parade down main street, and the homecoming football game (a 39-17 Kent State win over Army).

As much fun as homecoming is, it also presents a possible financial opportunity for the university.

Kent State tries to give its alums the best possible experience with all of its events, and with homecoming arguably being the biggest of them all, a good impression has to be made. If they like what they see and are satisfied with the direction their Alma mater is going, then they could be more wiling to make a financial contribution.

Matthew Geis–Kent State’s Senior Associate Athletic Director and Executive Director of Athletic Advancement–says “it’d be hard” to find an exact dollar number driven by homecoming, but does not question the weekend’s importance in the process.

“Ultimately, when people come back for homecoming, they feel good,” he says. “People who feel good about an institution tend to support [it] financially.

Rough estimates show about five to six percent of KSU grads make at least some financial donation, with about five to ten percent of that number considered “large donors.” Often, that select group is eligible to attend exclusive events like the awards banquet or a seat at the homecoming game in university President Beverly Warren’s private box.

However, Geis and others say homecoming is only a small part of the donation process, and the main purpose of the weekend is not at all monetary.

DeVincentis, a donor himself, agrees.

“It’s a tool to raise money, but it’s not an event surrounding the act of raising money,” he says. “Anybody who sets foot in…any of the events is back here for a reason: positive experience, positive reinforcement, and to talk about when you were younger.”