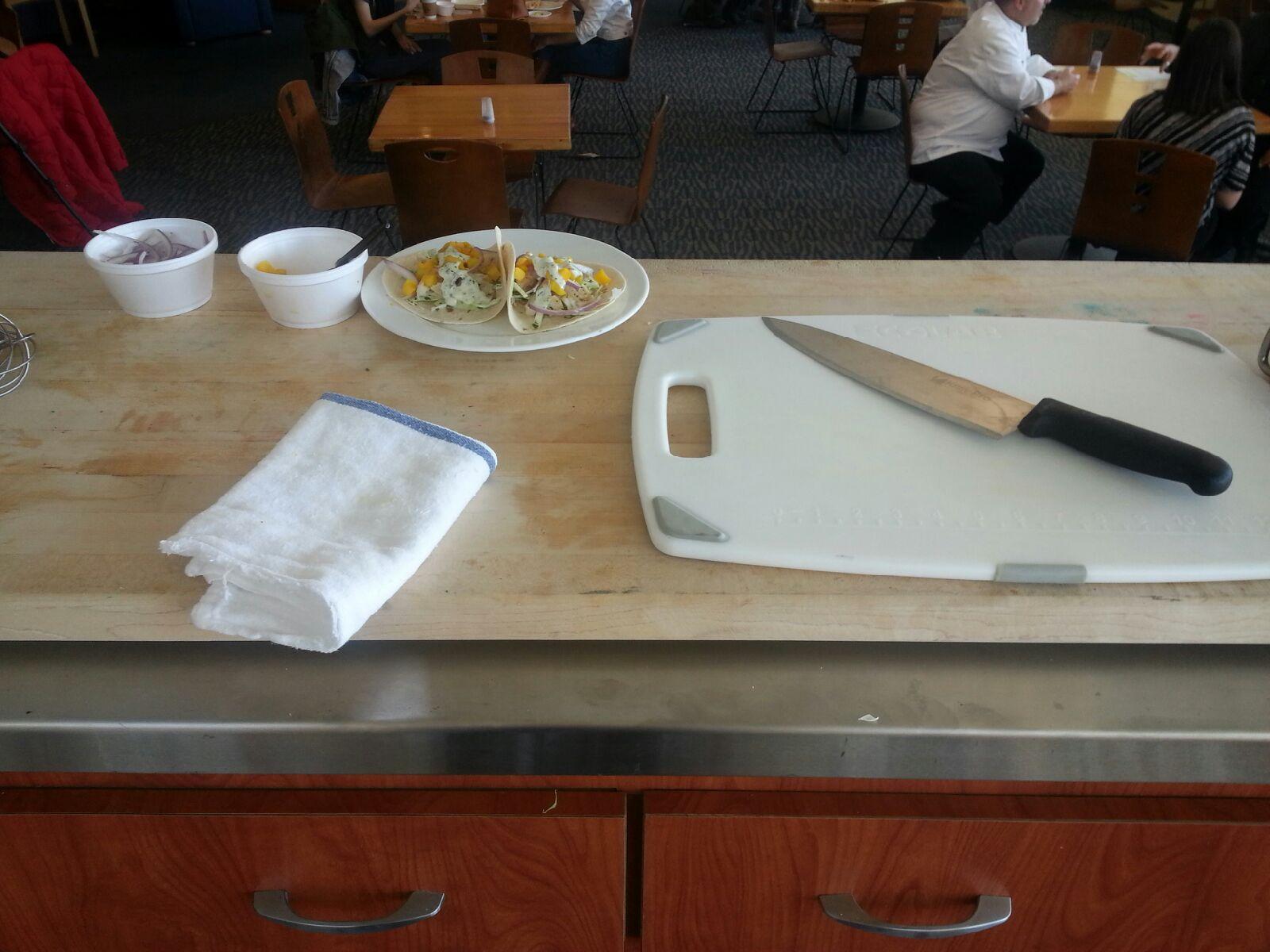 ANCHOR INTRO: One chef at Kent State University was cooking up a storm last Wednesday. The dining hall in Eastway served a special entrée. The recipe called for healthy ingredients. Students got a taste of the Mindful program. Reporter Thea Emroll has the story.

NAT pop : “I think that it offers a choice for students that wouldn’t regularly be there.”

Reporter VO: This is Tim Wright. He’s the Assistant Director of Food Services for University Dining at Kent State. Wright talked about the Mindful program and the efforts it’s making to offer healthier food options.

SOT: “I think that it’s important to offer students choices. If you choose to eat in a certain way if it’s more healthy or if it’s vegetarian or if it’s gluten free. We just need to offer those choices for students as they live here. We need to create those options for them.”

Reporter VO: The cooking demonstration previewed the entrée for lunch and dinner at Eastway.

Reporter VO: That’s right, fish tacos. Wright used ingredients you see here that are low in sodium and fat, which means a healthier option for students. Wright cuts a cabbage, a mango and prepares a plate with food. Students watched the demonstration and saw dining services make an effort to use healthier options for entrées and food on campus.

SOT: “Now that I know like the ingredients that are actually put into my food like it makes me more aware.”

STANDUP: Students can go into any dining hall on campus to find healthy food especially right here in Eastway. Not only is the food healthy for you, but it also tastes good.

SOT: “I’ve had healthy food that really doesn’t taste good, but um like the fish taco that he just made tasted great. I would have never thought twice that it was like healthy food that’s supposed to taste bad.”