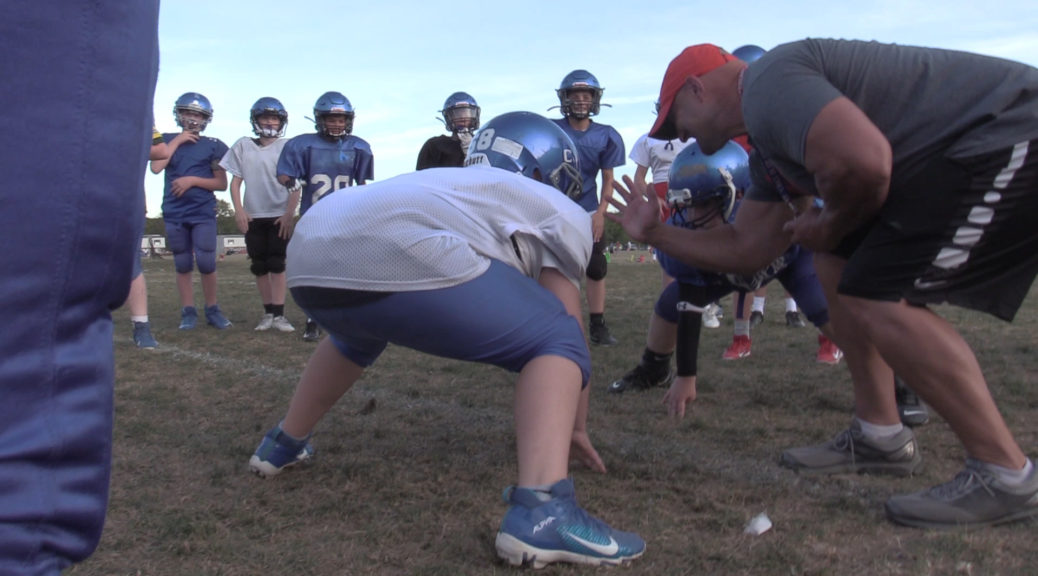 Over the last decade, the NFL has made progressive advancements to equipment, technology, and even league protocols for players who suffer concussions in games or practices.

Although these advancements have reduced the number of concussions overall in the league, it’s still an issue across not only the NFL but college, high school and even youth football players.

The world knows about players like Junior Seau, who committed suicide in 2012 as a result of suffering from CTE, a progressive degenerative disease of the brain found in people with a history of repetitive brain trauma.

CTE is an aftermath of experiencing multiple concussions or blows to the head, and athletes in football are the most common victims. It is, however, not unlikely that players won’t experience any side effects from their concussions. One of those former athletes is Matt Christopher, who shares his story from his days as a football player in the mid .

“The last time I actually had one, I was doing a warm-up drill and I did a two-step shuffle, hit the tight end hit head to head and my head starts thumping and won’t go away for a couple of weeks,” Christopher d.

Christopher explains what it was like at his time with Ohio State.

“Unfortunately, I was at Ohio State, where you were trying to get back on the field and I was playing at the highest level, so the doctors at that time that were naïve to what was going on. So, hey, take some Vicodin, or Percocet or whatever, and it should knock it out. Well, it got to a point where it wasn’t knocking it out.”

Christopher said he would experience severe headaches for two-to-three weeks at a time when suffering his concussions, along with sleeping for nearly 16 to 17 hours at a time.

Yet, despite his concussions, Christopher said he hasn’t experienced any side affects, or any early signs of CTE, unlike his former college roommate, Rob Kelly. Kelly played three years with the New Orleans saints, before quitting as a result of his concussions.

“they’re basically diagnosing him with CTE before he even has an autopsy.”

Although most cases aren’t found until after an autopsy, registered nurse Tricia Loper says technology has helped find early signs of CTE now.

“It actually can be diagnosed before that just based on the symptoms and the cluster of symptoms and imaging, so brain scans and things like that because it shows atrophy and it shows different issues.”

The fear of concussions and CTE has resulted in many youths and high school programs to lose kids each year. But that hasn’t slowed down Lake’s youth program, which is still experiencing very high numbers.

Guess who runs the youth program at Lake? None other than former alum, Matt Christopher, where he embraces teaching kids how to play the game the right way.

“We gotta teach proper tackling technique, not hit as much as we did back in the ’90s and things like that and just hope for the best.”

But the game is getting faster and kids are getting stronger every year. Although advancements in technology, equipment and league protocols, concussions will always be an issue.

For more information regarding concussions, how to prevent and treat them, visit AANS.org