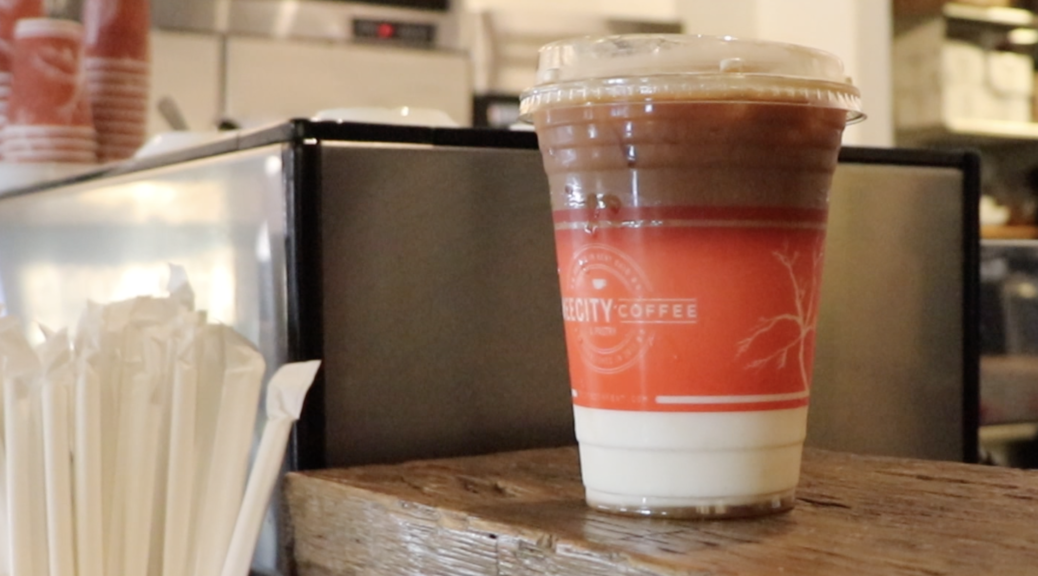 AMERICA RUNS ON COFFEE, AND IT SHOWS. THE CONSUMPTION OF COFFEE HAS BEEN RISING LEAVING IT AT THE HIGHEST IT HAS EVER BEEN. GIANNA DAPRA REPORTS.

It is no secret that coffee is Americas favorite beverage, it is even the best part of some peoples day.

With that being said, the need or want for coffee has become more prominent over the years, making the rate of coffee consumption 63% of Americans.

Evan Bailey, a Kent State professor and a small town coffee shop owner in Kent, Tree City, says, “we’ve steadily grown,” over the years and is thinking that the age range of people are getting younger.

According to the National Coffee Report of 2019, the age range of coffee drinkers 18-24-years-old make up 47% of the coffee drinking population.

“I would say whats different is young people are socialized the restaurant experience more. So you see content whether it be from  restaurants or coffee shops on social media more,” says Bailey.

Going to get coffee a social event now. It is even said that Millennials or Gen. Z individuals buy the coffee as a fashion accessory more than just needing the morning pick me up.

There are all different kinds of coffee out there to drink rather than the old brew at home coffee.

“I think people kind of learned that cold brew tastes a lot better but I do think that it’s a more recent phenomenon,” says Bailey.

Cold brew, nitro brew, iced coffee, mocha, moka, French press and the list goes on of all the different ways to drink coffee in this day and age.

From the Allegra World Coffee Portal, the coffee industry is made up of 35,616 coffee shops in the U.S making that a market value of $45.4 billion.

“So you see people want to open up their own coffee shops with their own locally owned and getting more into that stuff and instead of going mainstream to Starbucks or something,” says, Kim Van Buskirk, a barista from Tree City.

“Areas with coffee shops like this stand-alone coffee shops do better with a Starbucks in the area because people are used to the whole cup of coffee idea, so it’s not a foreign concept to them,” says Rachel Johnson, a coffee shop goer.

Even though coffee is a fan favorite drink, there are health benefits and defects that go along with it.

Tonya Falcone, a Registered Dietitian Nutritionist, says, “so the health benefits of coffee specifically coffee like the coffee bean coffee versus the caffeine…that is kind of like a fetal chemical in the body and fatal chemicals are extremely healthy we don’t need them  to actually make our bodies function well.”

Falcone also explains that drinking 1-2 cups everyday is good for you, and can help with concentration, but if you drink too much it will do the opposite.

Falcone explains, “So long times we see jitteriness blood pressure goes up increase of stress increase of anxiety,” and with the younger crowd drinking coffee, “for younger children even teenagers are still growing so their bones can suffer from excessive caffeine use cuz it impacts calcium,  so what are younger age we say try and avoid it.”

The best times to drink coffee is in the morning not the afternoon, while sipping it and not drinking it in one gulp.

Drinking that cup of coffee is the new trend, especially with the younger culture.

Now, If you do not want the side effects of coffee, but still need the taste then try decaf and doctoring it up to tase the same as the regular and it wouldn’t last any different Falcone says.